Back in January, with a new studio in SoHo, it seemed that 2020 was Christopher John Roger’s year for the taking. After juggling his namesake brand alongside his day job as a knitwear designer and colorist for Diane von Furstenberg, everything changed overnight when he received the grand prize from the CFDA/Vogue Fashion Fund in November of last year. With the $400,000 prize money came the ability for him and his small coterie of collaborators to commit to the label full-time, as well as lease said studio space. Then, of course, came the coronavirus.

“We were super excited to move into this space, but we’ve also been working out of our apartment for the past two and a half years, so we were actually quite used to working from home,” says Rogers, who has now moved back into the studio. “Plus, we are such a small company, and we had already fully shipped our spring collection, so we didn’t really feel the rush to create this whole entire new collection as we only do two seasons. We just decompressed and tried to relax and make things that come naturally to us.”

While 2020 may have had other plans for Rogers, it’s clear when speaking to him that the lockdown period has brought a renewed sense of purpose. The label’s signature aesthetic, established with impressive clarity right from the get-go, is one of kaleidoscopic opulence; voluminous gowns crafted from yards of taffeta, acid-colored florals and plaids, eveningwear that would wipe the floor at both a Cannes red carpet and a Harlem ballroom. Less remarked upon, perhaps, is Rogers’s keen instinct for translating his decadent vision into more wearable pieces, whether separates that can be worn with jeans, or his impeccably-cut tailoring.

“With our first two runway shows, we definitely leaned into the expectations people had of the brand,” says Rogers. “And I think that during lockdown, we’ve been reassessing everything, where we were going, and we kind of wanted to go back to square one which was about creating really specific clothes for specific people to do whatever they wish with them. Prior to us doing runway shows, there were definitely pieces that were more day oriented or were a bit more casual, but those weren’t necessarily the things that editors or buyers were picking out from us, but I think that now there’s going to be a renewed interest and, you know, pieces that aren’t just cocktail dresses or for a special event.”

The product of this will be reflected in his spring 2021 offering (the team are now back in the studio and working on the collection by hand), but its roots lie just as much in the broader access Rogers has been afforded as his label has grown as it does in the restrictions imposed by COVID-19. “We have access to mills in Italy and Asia now that have really, really gorgeous fabrics, but also come at a less expensive price point,” Rogers adds. “So we can still do really amazing volumes, but they don’t necessarily have to be rendered in silk. We can find really beautiful sustainable substitutes for those that have a more friendly and accessible price point. I’m from the south, so cottons and linens are fabrics I really love, and they’re super easy to wear, so we’re kind of leaning in that direction as well for spring, too.”

That isn’t to say, however, that he has any intention of moving away from his more flamboyant designs altogether. “It’s really just about going with our gut instinct,” Rogers adds. “There’s always been a really simple cotton shirt and cotton skirt that we’ve offered in the collection, it just wasn’t necessarily the thing that the buyers want from us for their customer. So it’s really been about hammering home both sides of the brand and marrying them together to form a more developed product offering. Now that we actually have the time to really consider what we’re doing instead of just rushing to create something, we’ve really been able to create an even more fully contextualized vision.”

Whatever form this new vision may end up taking, the one thing Rogers is certain about is that it will mark a new, more ambitious, chapter for his rapidly growing brand. “People desire extravagance and flamboyancy, but then there is my personal need to express something that feels a bit more pragmatic,” Rogers concludes. “It’s more interesting to be having to reconcile both of those things.” 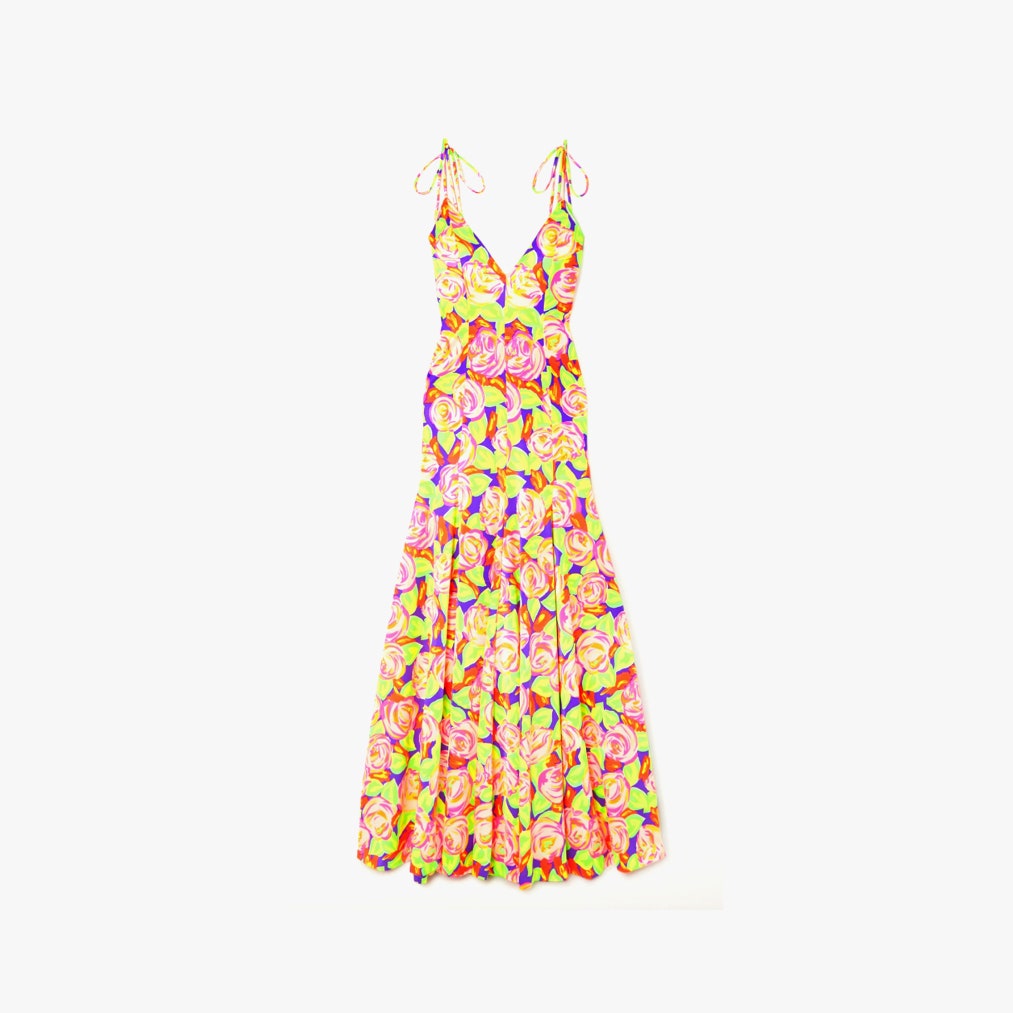 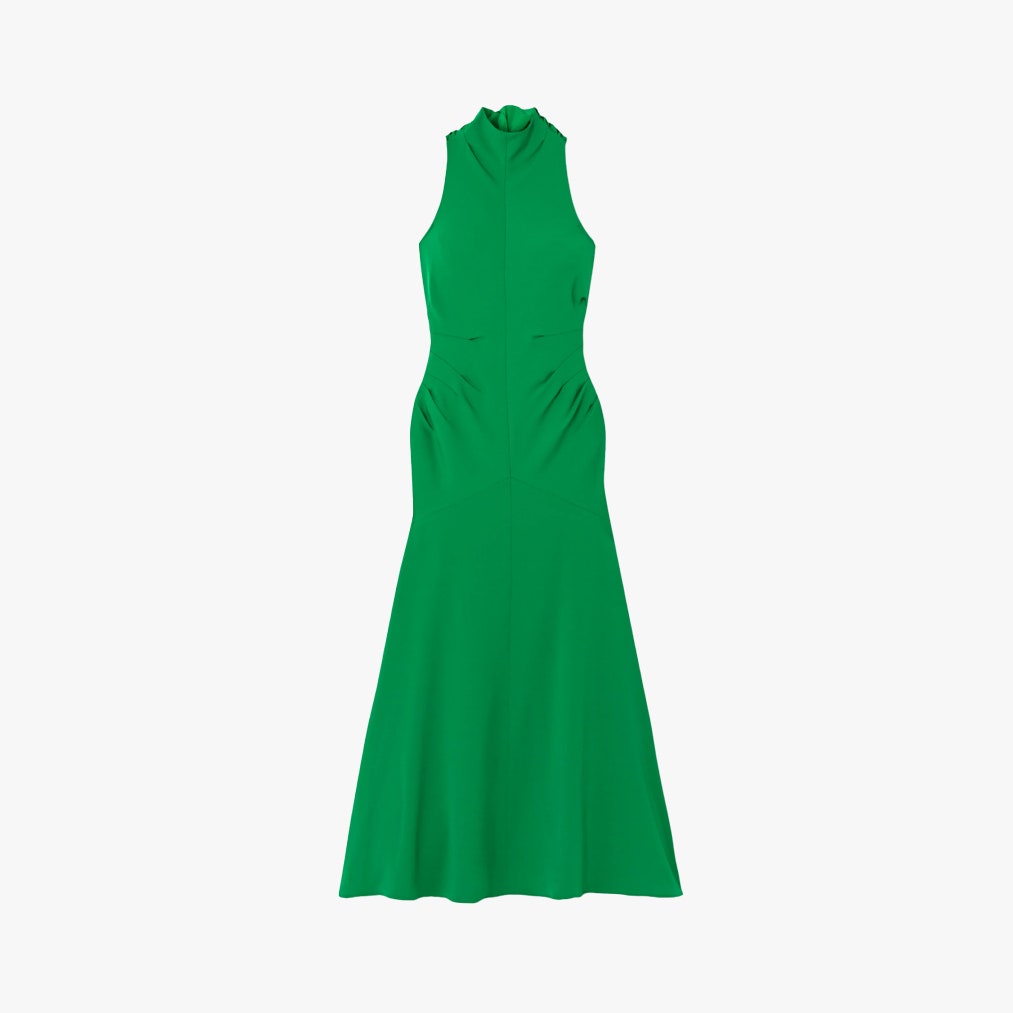 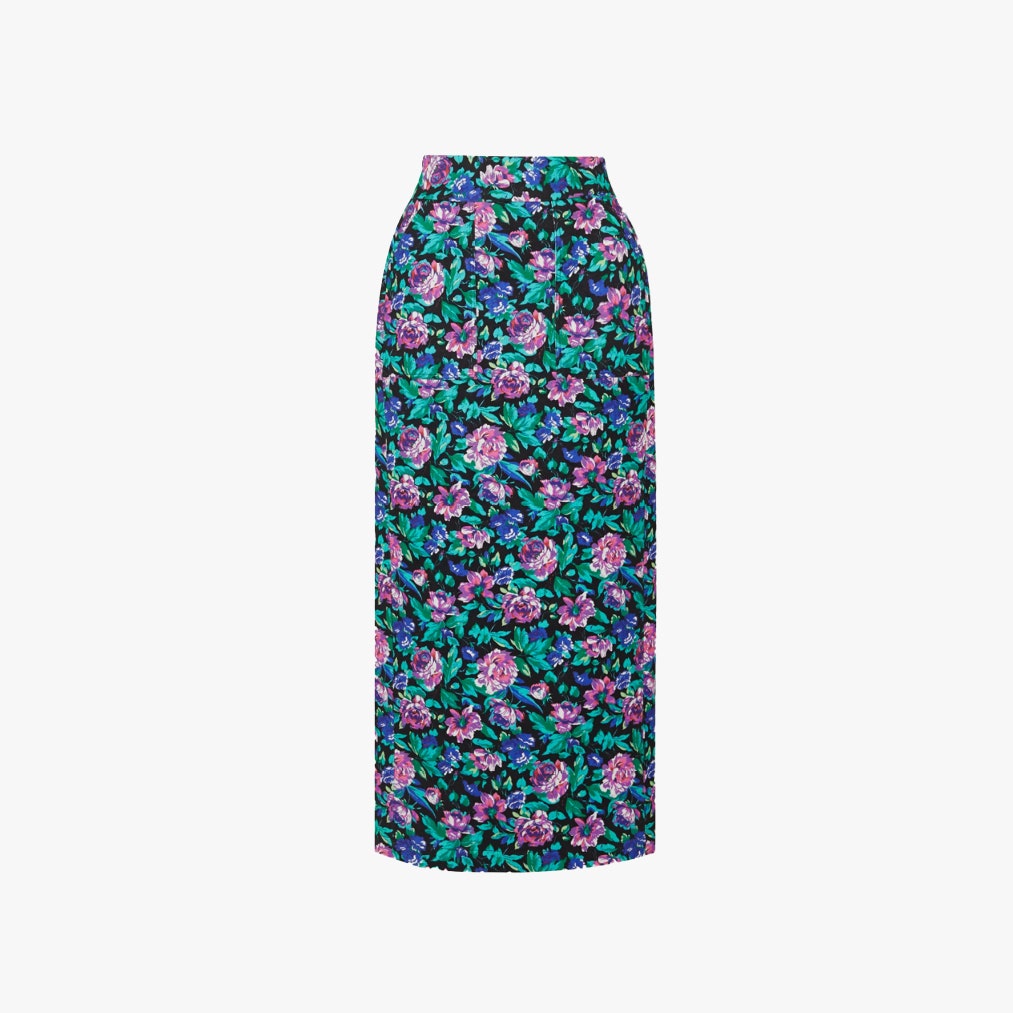 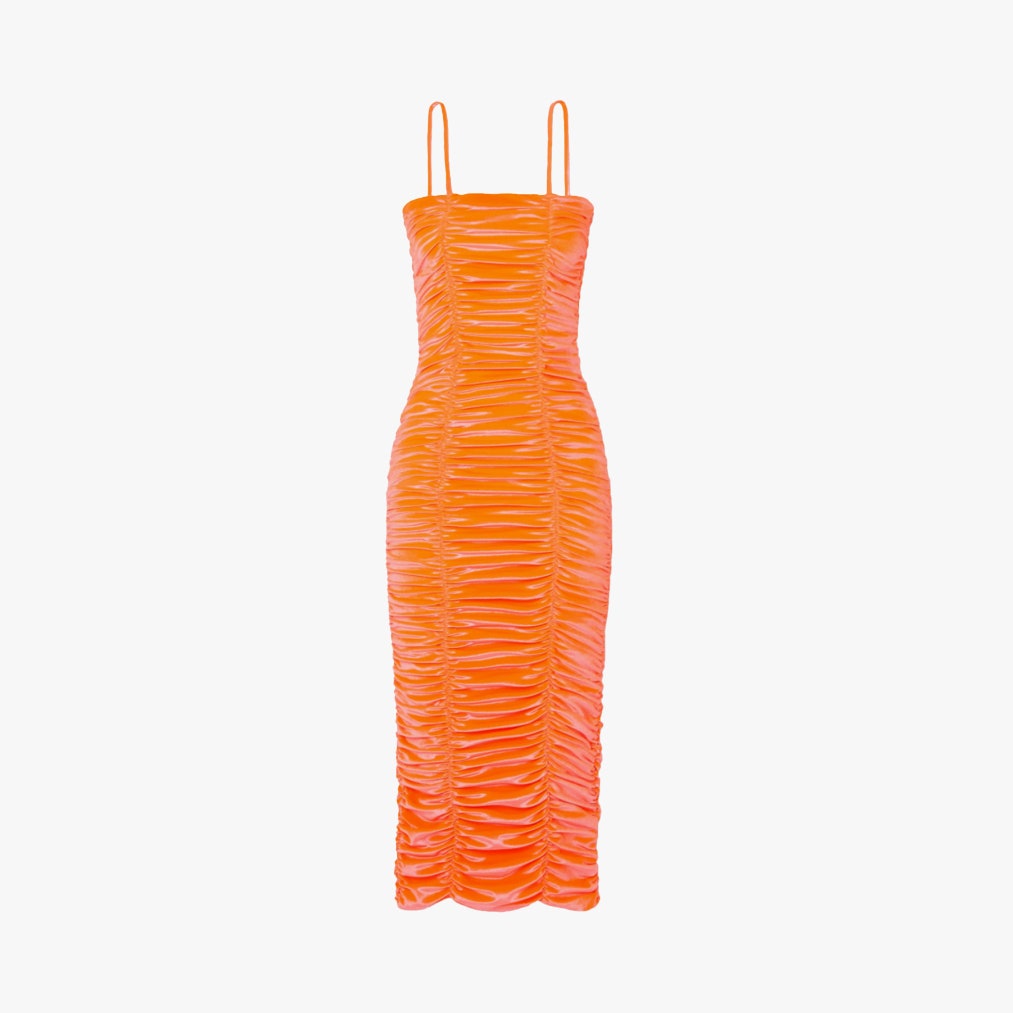 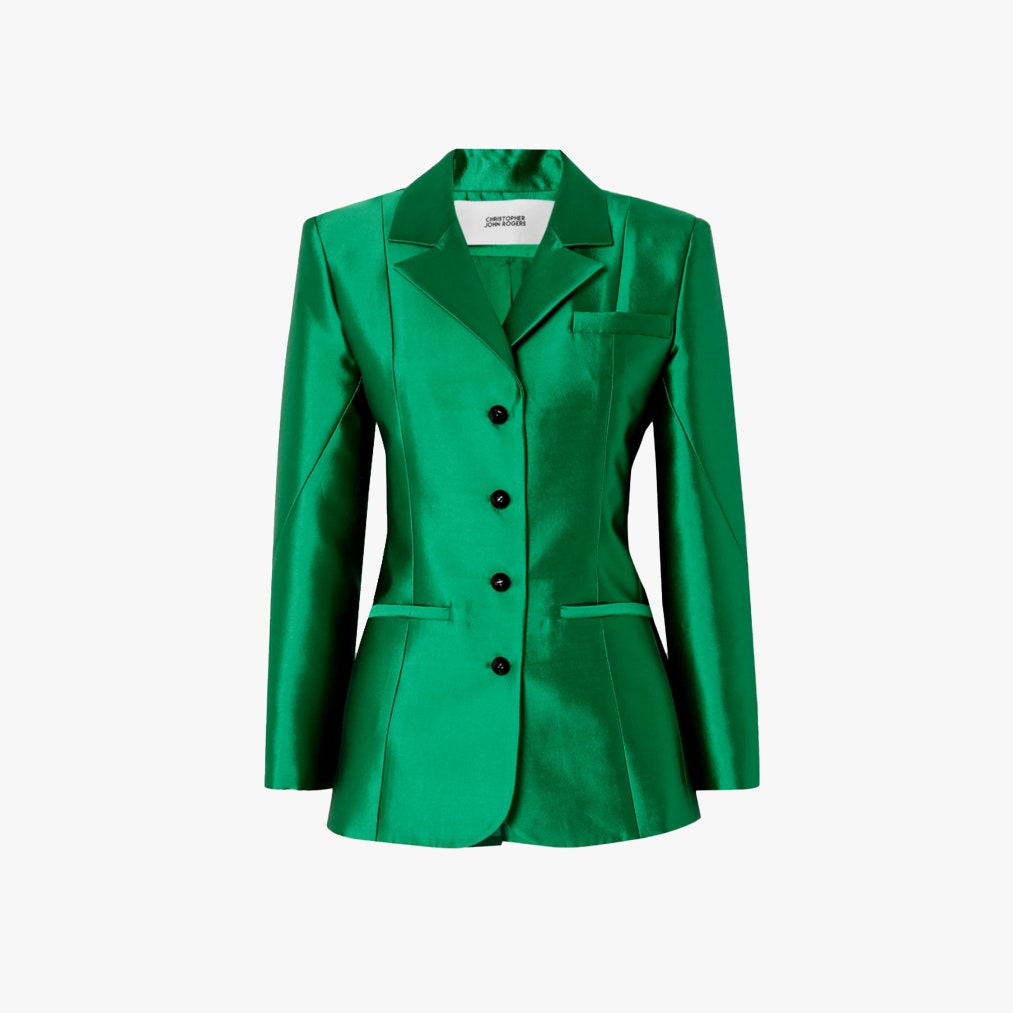 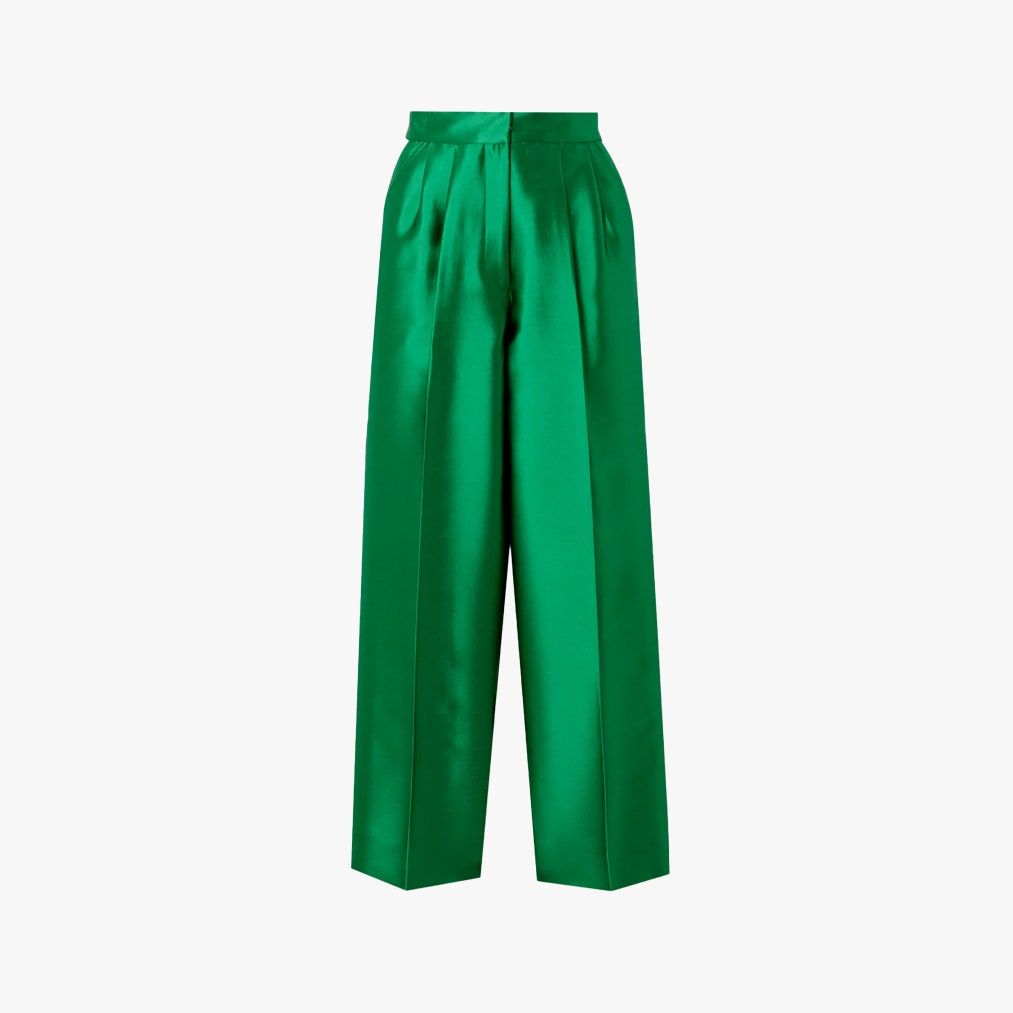 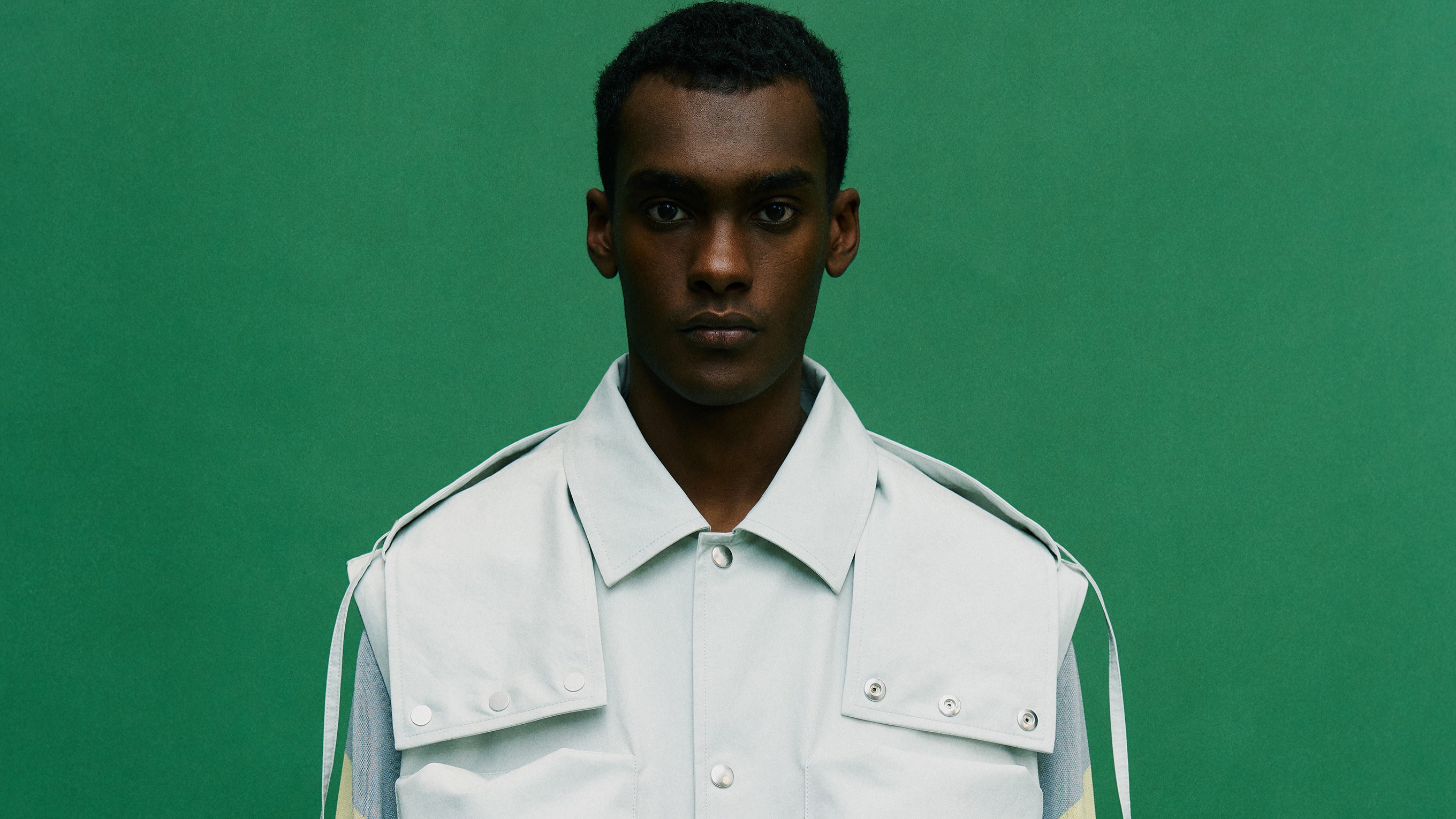 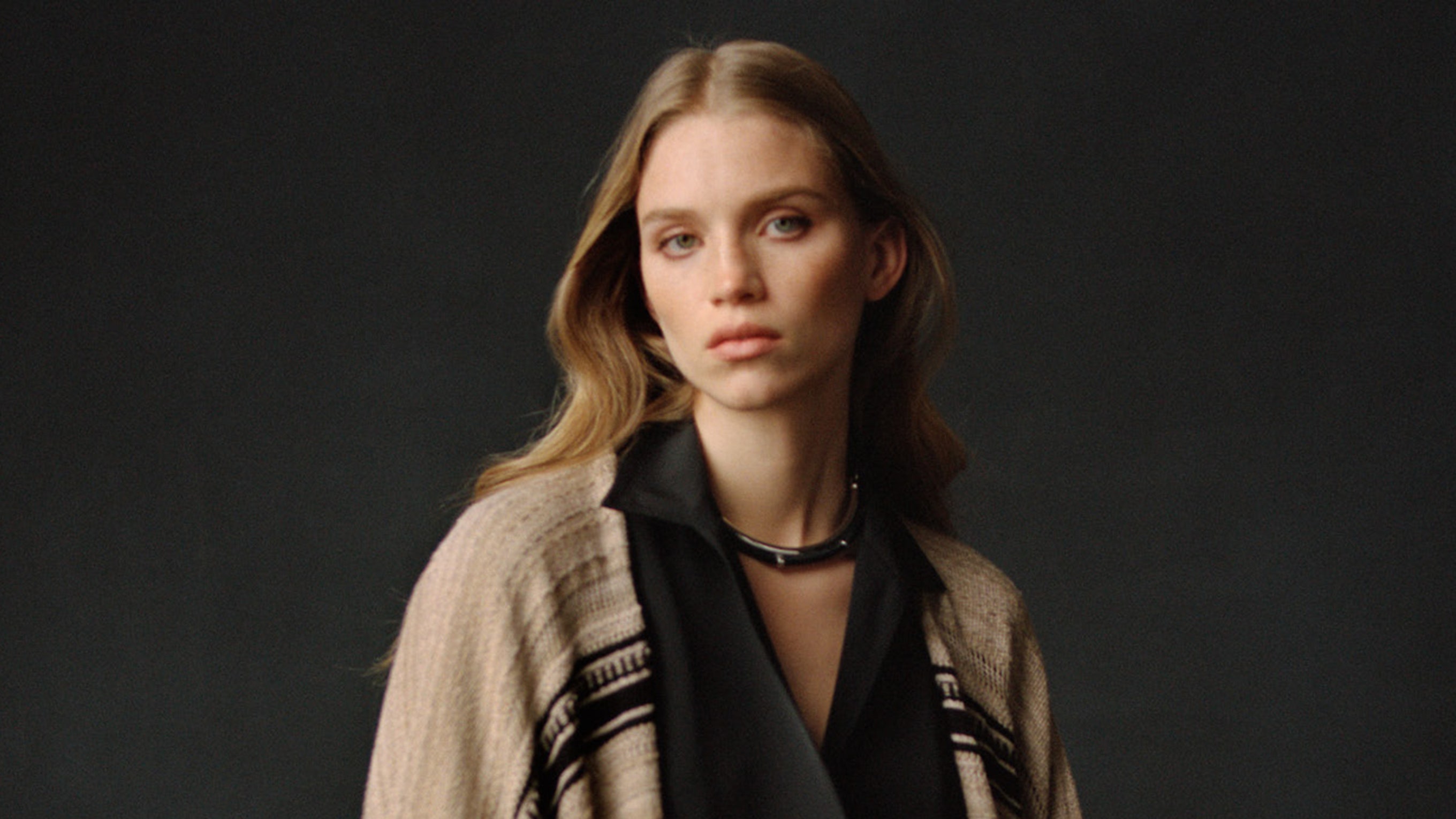