Match suspended in the first half after Danish midfielder goes to the ground near the touchline, with medics trying to revive him.

Denmark’s attacking midfielder Christian Eriksen has suddenly collapsed on the pitch of Parken Stadium during his country’s Euro 2020 game against Finland.

The 29-year-old was seen receiving cardiopulmonary resuscitation at Saturday’s match in Copenhagen.

Eriksen fell to the ground, free of contact, near the sideline late in the first half. He was immediately surrounded by medical staff who began pumping his chest as distraught teammates formed a ring around him.

After around 15 minutes, Eriksen was stretchered off the field followed by the rest of his teammates, while Finland’s players also left the pitch. 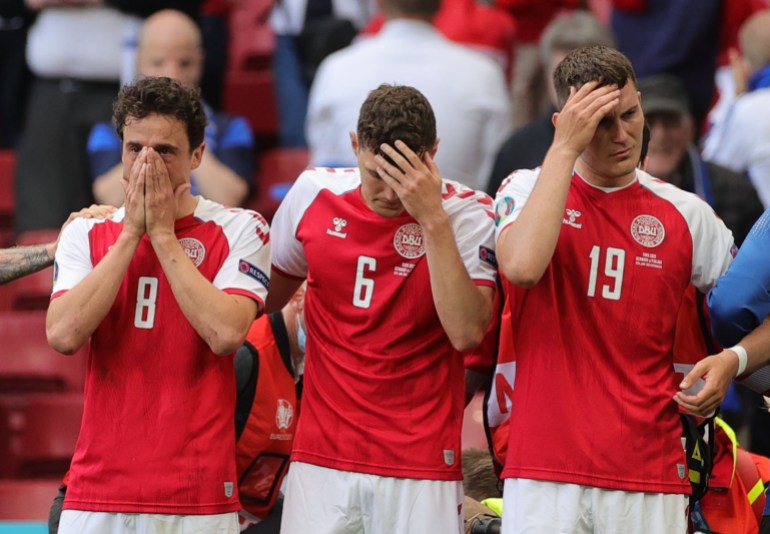 Some of Christian Eriksen’s teammates broke down in tears [Friedemann Vogel/Reuters]The 16,000 fans in the stadium sat silently in their seats waiting for news of Eriksen’s condition to filter through.

The UEFA EURO 2020 match in Copenhagen has been suspended due to a medical emergency.

UEFA, the tournament’s ruling body, said the Group B clash, which was scoreless, had been suspended.

“The UEFA EURO 2020 match in Copenhagen has been suspended due to a medical emergency,” it tweeted. 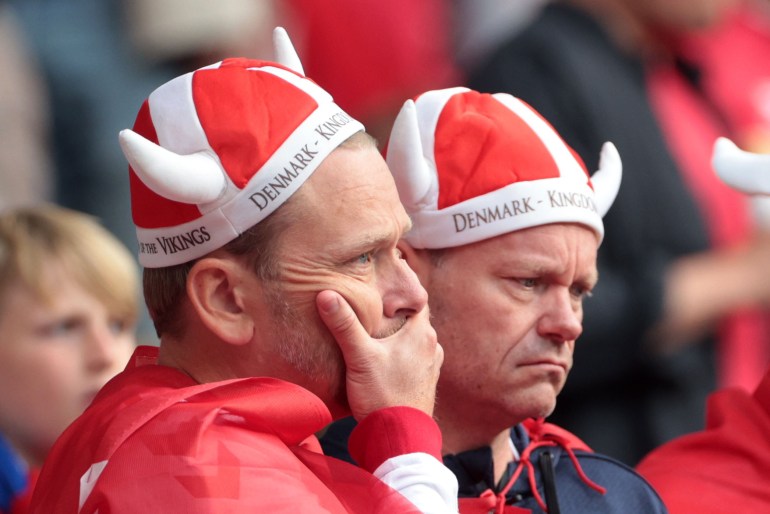