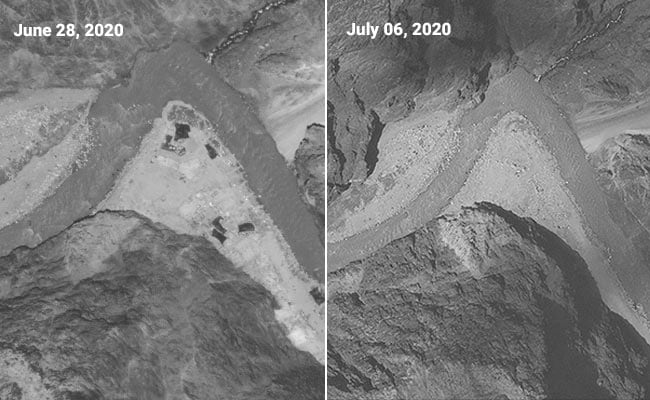 The Chinese soldiers' two-km withdrawal as part of the disengagement procedure in Ladakh has been backed up by high resolution satellite images from the bend of the Galwan river as it crosses the Line of Actual Control and flows into territory held by India in Ladakh. The disengagement process had started after Sunday's Special Representative-level talks. Now, both Chinese and Indian troops are withdrawing, leaving a buffer space in between.

Two images of the Galwan Valley -- obtained by NDTV from Maxar, which provide the highest resolution of the situation in Ladakh so far -- make the change in position clear.

The earlier photo, obtained on June 28, showed Chinese structures on both sides of the Line of Actual Control. 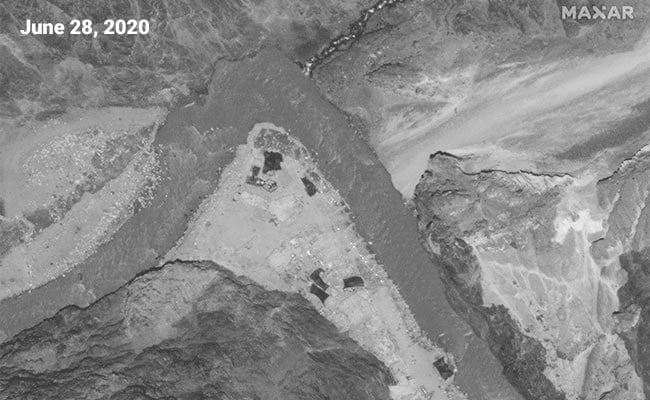 The photo of the same spot, obtained yesterday, shows the structures have been dismantled and the area is clean. 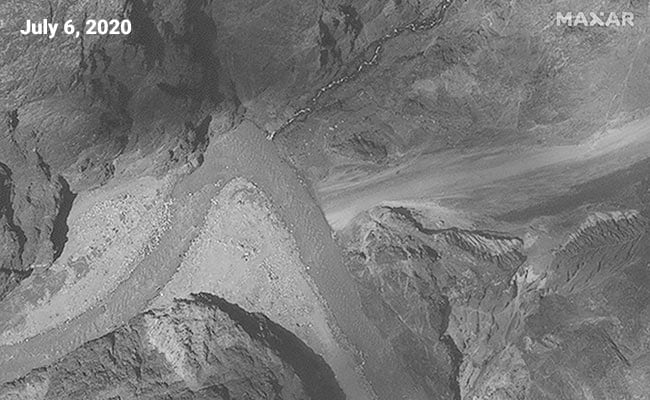 The spot shows is near Patrol Point 14, where Indian and Chinse troops had fought a pitched battle on June 15. Earlier satellite images showed possible defensive Chinese positions at the site and several structures that could be shelters for the soldiers built along the rock-face leading up the LAC. These were absent earlier.

The disengagement follows the violence of June 15, when 20 Indian soldiers were killed in action during a clash with Chinese troops. Senior officers in the Indian Army believe the Chinese suffered approximately 45 casualties, including a Colonel, who was killed in the fighting. 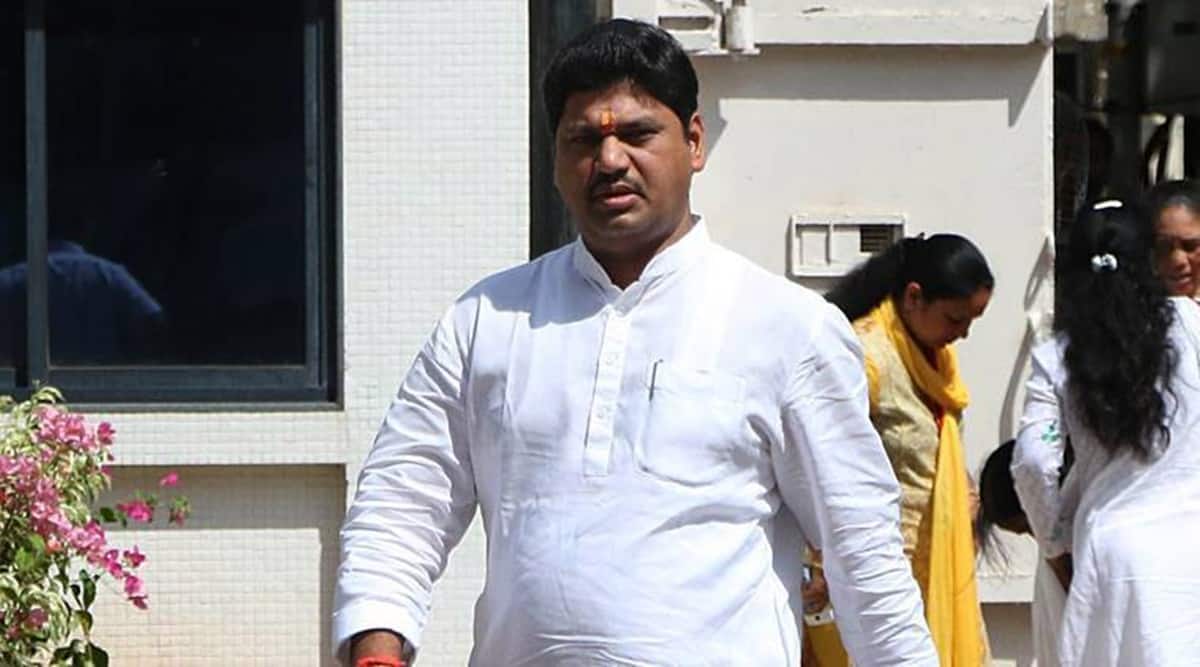