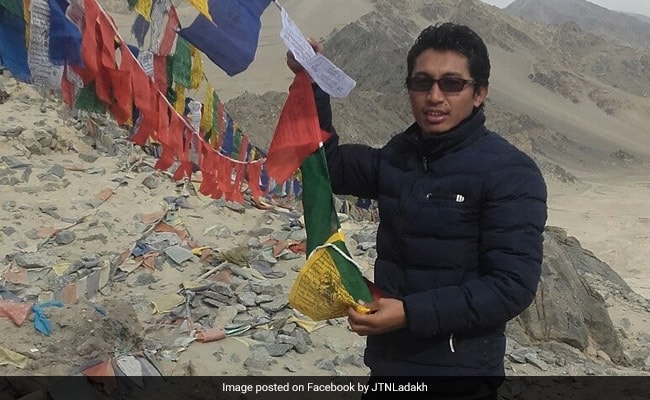 Rahul Gandhi's questions on Chinese aggression in Ladakh, in tweets directed at Defence Minister Rajnath Singh, have drawn a response from the ruling BJP's MP in Ladakh, Jamyang Tsering Namgyal.

On Tuesday, Rahul Gandhi had, in a sarcastic tweet aimed at Rajnath Singh, questioned: "Have the Chinese occupied Indian territory in Ladakh?"

Once RM is done commenting on the hand symbol, can he answer:

Have the Chinese occupied Indian territory in Ladakh?

Jamyang Tsering Namgyal took it upon himself to rebut the Congress leader in a post this morning and wrote: "I hope Rahul Gandhi and Congress will agree with my reply based on facts and hopefully they won't try to mislead again."

I hope @RahulGandhi and @INCIndia will agree with my reply based on facts and hopefully they won't try to mislead again.@BJP4India@BJP4JnK@sambitswaraj@JPNadda@blsanthosh@rajnathsingh@PTI_Newspic.twitter.com/pAJx1ge2H1

He went on to list areas that he claimed were occupied on Congress watch:

Aksai Chin (37,244 square km) in 1962 during Congress regime.Tia Pangnak and Chabji Valley (250m length) in Chumur area till 2008 during UPA time.Zorawar Fort in Demjok was destroyed by PLA in 2008 and setup PLA's Observing Point in 2012 during UPA regime and also created Chinese/new Demjok/Colony with 13 cemented houses.India lost Doom Cheley (ancient trade point) between Dungti and Demjok in 2008-2009 during UPA regime.

Mr Namgyal also attached a map that he captioned as an "Overview of Demjok area. Chinese intruded land of India till 2012 during Congress regime (sic)". 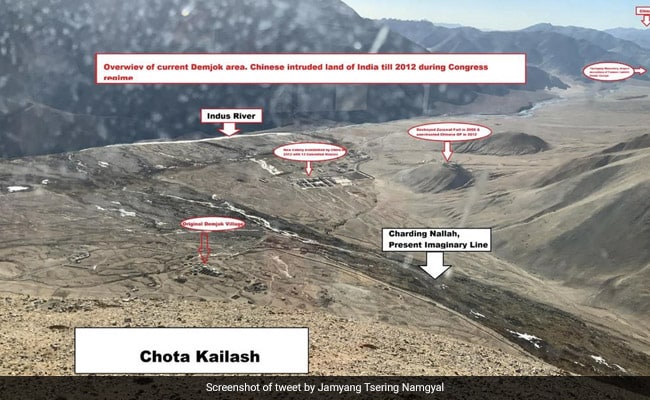 Soon after, Mr Gandhi posted a new tweet, this time targeting Prime Minister Narendra Modi: "The Chinese have walked in and taken our territory in Ladakh. Meanwhile, the PM is absolutely silent and has vanished from the scene."

Mr Gandhi and other Congress leaders have, over the past few weeks, targeted the government repeatedly over reports of Chinese incursion and border skirmishes in eastern Ladakh.

Mr Gandhi also mocked Home Minister Amit Shah's comment at a virtual rally on Sunday: "India's defence policy has gained global acceptance. The whole world agrees that after US and Israel if there is any other country that is able to protect its borders, it is India."

The Congress MP reacted by using a couplet by legendary Urdu-Persian poet Mirza Ghalib: "Everyone knows the reality of 'Seema' (Border) but to keep the heart happy, 'Shah-yad' it is a good idea."

Against the backdrop of this sparring, top government sources said Indian and Chinese troops have begun mutual disengagement in some parts of eastern Ladakh ahead of talks on Wednesday.

A "significant" number of Chinese troops have withdrawn, say government sources. Except the Finger region in Pangong Tso, Chinese troops have started pulling back two to three km, they say. To reciprocate, the Indian side has also brought back some of its troops and vehicles from these areas, said top sources.