China’s trade with the world surges as economies reopen

But some analysts warn that demand for Chinese-made protective equipment is waning, possibly hurting export growth over the coming months.

China’s imports grew in September at their fastest pace this year, while exports extended strong gains as more trading partners lifted coronavirus restrictions in a further boost to the world’s second-biggest economy.

Exports in September rose 9.9 percent from a year earlier, customs data showed on Tuesday, broadly in line with analysts’ expectations and up from a solid 9.5 percent increase in August.

The strong trade performance suggests Chinese exporters are making a brisk recovery from the coronavirus pandemic’s hit to overseas orders. As the global economy restarts, Chinese firms are rushing to grab market share as their rivals grapple with reduced manufacturing capacity.

“In the near-term, infrastructure-led stimulus looks set to continue alongside a gradual recovery in oil prices, which is likely to keep imports strong,” Julian Evans-Pritchard, senior China economist at Capital Economics, wrote in a research note sent to Al Jazeera.

“Meanwhile, exports should continue to benefit from the recovery in global demand. The new export orders component of the manufacturing [purchasing manager’s index surveys] rose to a near 10-year high in September, pointing towards a further pick-up in shipments in the coming months,” Evans-Pritchard added. 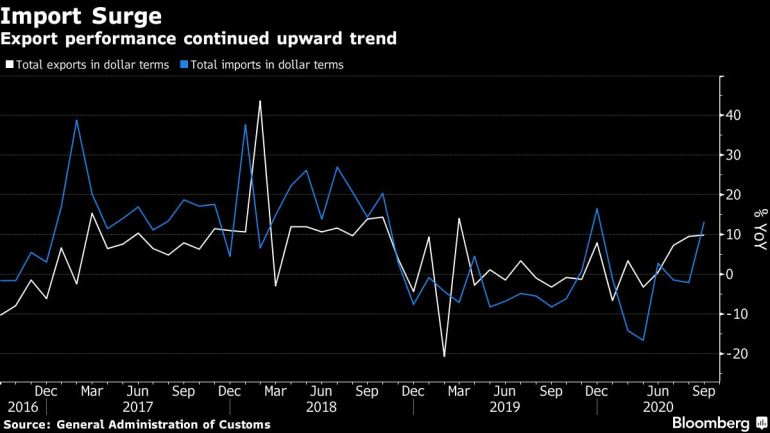 [Bloomberg]But some analysts warn that exports could peak soon as demand for Chinese-made protective gear recedes.

Imports surged 13.2 percent, returning to growth from a fall of 2.1 percent in August and much stronger than expectations for a 0.3 percent increase.

Wang Jun, chief economist at Zhongyuan Bank, said the data showed government support for the economy has kicked in as the epidemic comes under control.

“The other factor is the yuan’s recent appreciation, which is good for imports and people’s spending power.”

The rise in imports pushed the trade surplus for September down to $37bn, compared with $58.93bn in August and lower than an expected $58bn.

Already heightened political tensions between the United States and China are expected to escalate ahead of the November 3 US presidential election, and possibly beyond. China remains well behind on its pledge to boost purchases of US goods under an agreement that was launched in February.

Top US and Chinese trade officials reaffirmed their commitment to a phase one trade deal in a phone call in August.

However, US Department of Agriculture Secretary Sonny Perdue cast doubt earlier this month on the likelihood of China meeting its commitment to buy enough agricultural products as promised in its phase one trade deal. 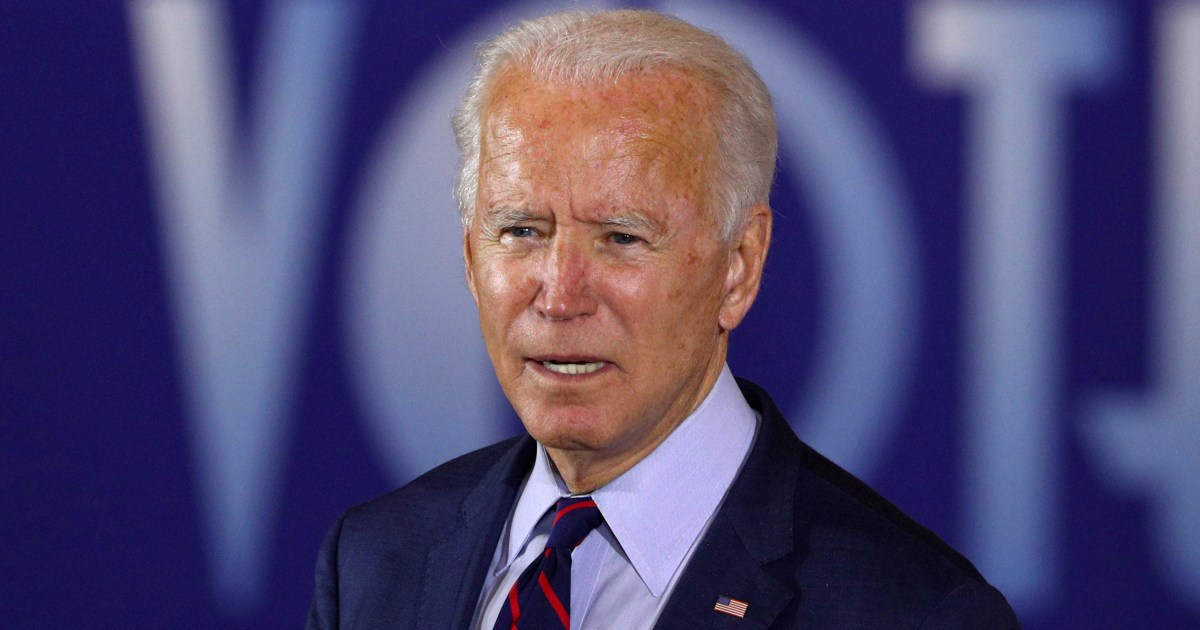