Alibaba’s CEO Daniel Zhang says he does not expect any material impact from changes to its practice of forcing merchants on its e-commerce platforms to sign up exclusively with it, after an anti-trust probe by Chinese regulators found the firm had abused its dominant market position.

China on Saturday imposed a record 18 billion yuan ($2.75bn) fine on Alibaba amid a crackdown on technology conglomerates, signalling a new era after years of a more laissez-faire approach.

Hong Kong shares of the company were up 4.2 percent in the opening trade on Monday.

“Now the penalty is determined, the market’s uncertainty about Alibaba will be reduced,” Everbright Sun Hung Kai analyst Kenny Ng said. “Alibaba’s stock price has lagged behind the overall emerging economy stocks for some time in the past. The implementation of this penalty is expected to allow Alibaba’s stock price to regain market attention.”

The State Administration for Market Regulation (SAMR) said it had determined that Alibaba, which is also listed in New York, had prevented its merchants from using other online e-commerce platforms.

The practice, which the SAMR has previously spelled out as illegal, violates China’s anti-monopoly law by hindering the free circulation of goods and infringing on the business interests of merchants, the regulator said. 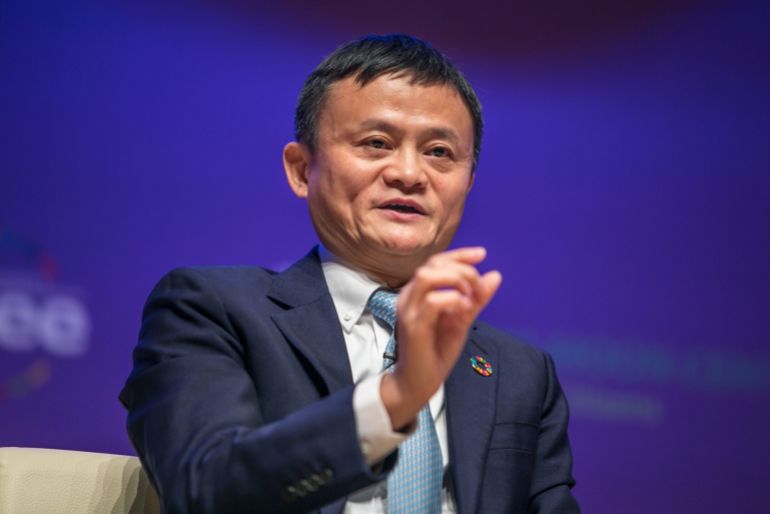 Alibaba has been under intense scrutiny since its founder Jack Ma rebuked Chinese lenders and bankers last year [File: Jean Chung/Bloomberg]Alibaba and its peers remain under review for mergers and acquisitions from the market regulator, Vice Chairman Joe Tsai told the briefing, adding he was not aware of any other anti-monopoly-related investigations.

The effect of the regulator’s fine on Alibaba will be reflected in the group’s net income in the March quarter, Chief Financial Officer Maggie Wu said.

Aside from imposing the fine, among the highest ever antitrust penalties globally, the SAMR ordered Alibaba to make “thorough rectifications” to strengthen internal compliance and protect consumer rights.

Alibaba said it accepted the penalty and “will ensure its compliance with determination”.

The fine is more than double the $975m paid in China by Qualcomm, the world’s biggest supplier of mobile phone chips, in 2015 for anticompetitive practices.

But for Alibaba, the $2.8bn fine was less severe than many had feared and helps lift a cloud of uncertainty hanging over founder Jack Ma’s internet empire. The penalty was based on just 4 percent of the internet giant’s 2019 domestic revenue, regulators said, far less than the maximum 10 percent allowed under Chinese law.

Beijing remains intent on reining in its internet and fintech giants, a broad campaign that has wiped more than $250bn off Alibaba’s valuation since October. The e-commerce giant’s speedy capitulation underscores its vulnerability to further regulatory action – a far cry from just six years ago, when Alibaba openly contested one agency’s censure for counterfeit goods on Taobao and eventually forced the State Administration for Industry and Commerce to backtrack on its allegations. 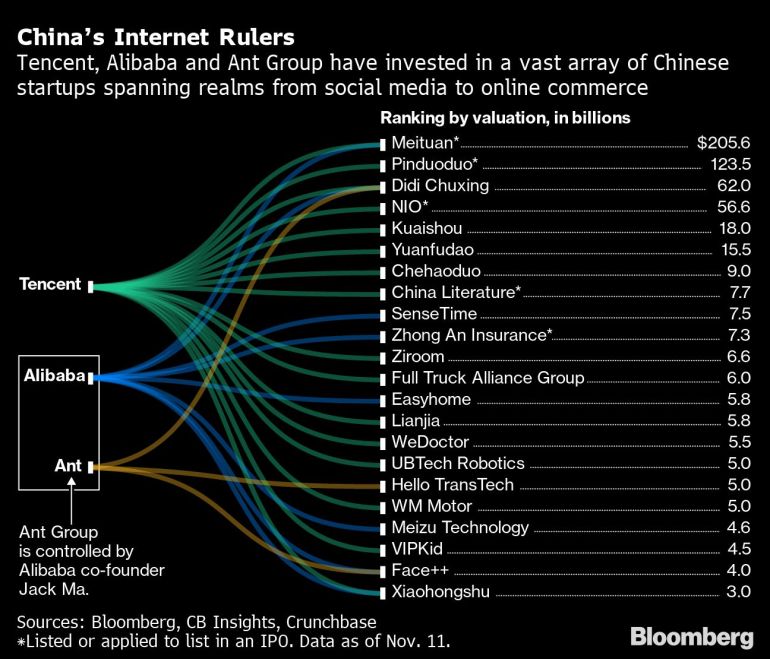 Beyond antitrust, government agencies are said to be scrutinising other parts of Ma’s empire, including Ant Group Co’s consumer-lending businesses and Alibaba’s extensive media holdings. And the shock of the crackdown will continue to resonate with peers from Tencent Holdings Ltd and Baidu Inc to Meituan, forcing them to tread far more carefully on business expansions and acquisitions for some time to come.

The investigation into Alibaba was one of the opening salvos in a campaign seemingly designed to curb the power of China’s internet leaders, which kicked off after Ma infamously rebuked “pawn shop” Chinese lenders, regulators who do not get the internet, and the “old men” of the global banking community. Those comments set in motion an unprecedented regulatory offensive, including scuttling Ant’s $35bn initial public offering.

It remains unclear whether the watchdog or other agencies might demand further action. Regulators are said, for instance, to be concerned about Alibaba’s ability to sway public discourse and want the company to sell some of its media assets, including the South China Morning Post, Hong Kong’s leading English-language newspaper.

China’s top financial regulators now see Tencent as the next target for increased supervision, Bloomberg News has reported. And the central bank is said to be leading discussions around establishing a joint venture with local technology giants to oversee the lucrative data they collect from hundreds of millions of consumers, which would be a significant escalation in regulators’ attempts to tighten their grip over the country’s internet sector.

The penalty on Alibaba also comes against the backdrop of regulators globally, including in the United States and Europe, carrying out tougher antitrust reviews of tech giants such as Alphabet Inc’s Google and Facebook Inc.