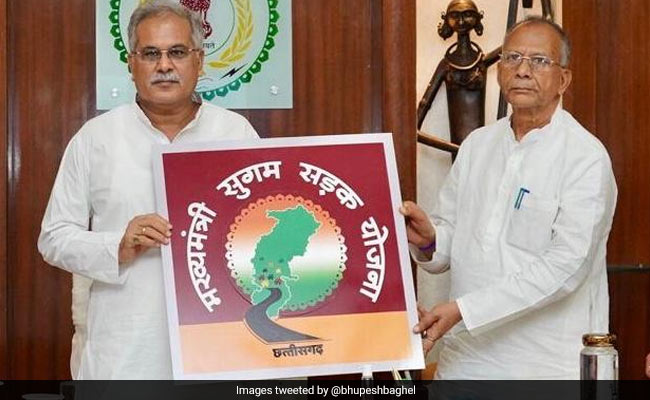 Under the scheme, government schools, colleges and other educational institutions, hospitals, anganwadi centres, fair price shops and village markets which were not connected to main routes will now have all-weather road connectivity, a public relations department official said.

Launching the scheme, Mr Baghel said, "Today is an important day as it is the birthday of Congress leader Rahul Gandhi, and in the memory of army jawans who were martyred at the Indo-China border, we will dedicate the entire day to service work. All our party workers have been distributing masks to common people and fruits to patients on Friday."

The MSSY scheme has been rolled out for convenience of people as they face difficulty in the absence of all-weather roads to important public places like haat-bazaars (rural markets), fair venues, paddy procurement centres, cemeteries etc, he said.

This year, 1,116 construction works will be done at a cost of Rs 200 crore on priority basis by the Public Works Department under the scheme, he said.

State PWD Minister Tamradhwaj Sahu and officials were present on the occasion.