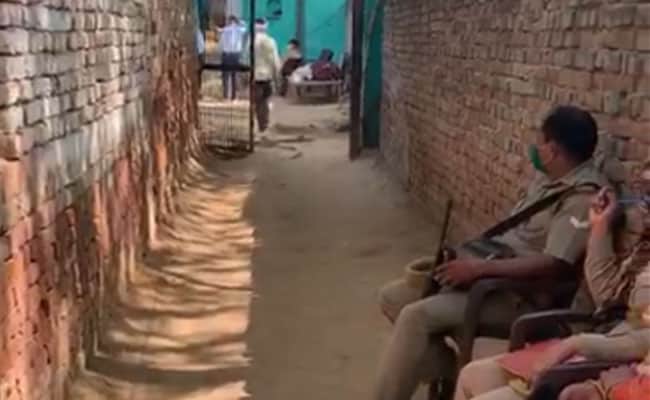 Two security personnel have been provided to each family member and witness for their personal security.

Sixty security personnel have been deployed and eight close circuit television (CCTV) cameras installed at the house of the alleged gangrape victim in her village in Bulgarhi area here to ensure the safety of her family members, police said on Friday.

DIG Shalabh Mathur, who has been sent to Hathras from Lucknow as a nodal officer, told PTI that if needed a control room will also be established there.

"Sixty personnel, including women, have been deployed on 12 hours shifts for the security of the victim''s family. A gazetted officer will also be deployed to monitor these personnel. With the help of CCTV cameras, the house of the victim will be monitored round-the-clock".

Hathras Superintendent of Police (SP) Vineet Jaiswal said that a register of visitors is being maintained by policemen at the entry of the house.

Two security personnel have been provided to each family member and witness for their personal security, he said, adding that a team of fire department and two local intelligence unit personnel are also deployed there.

"At the main gate of the house, a metal detector has been installed and quick response teams are also in place. With the help of eight CCTV cameras, security is being ensured," the SP said.

The 19-year-old Dalit woman was allegedly gangraped on September 14 following which she was admitted to the JN Medical College Hospital in Aligarh with serious injuries. She was referred to Delhi''s Safdarjung Hospital on September 28 after her condition showed no signs of improvement.

She died the nest day at Delhi''s Safdarjung Hospital where she had been brought for treatment. The victim was cremated in the dead of the night near her home on September 30.

Her family alleged that they were forced by the local police to hurriedly conduct her last rites. Local police officers, however, had said the cremation was carried out "as per the wishes of the family".
The state government has already recommended a CBI probe in the matter and quoting FSL reports, it has denied the rape charges.