Case Against Odisha MLA For Attending Funeral Despite Being Covid +ve 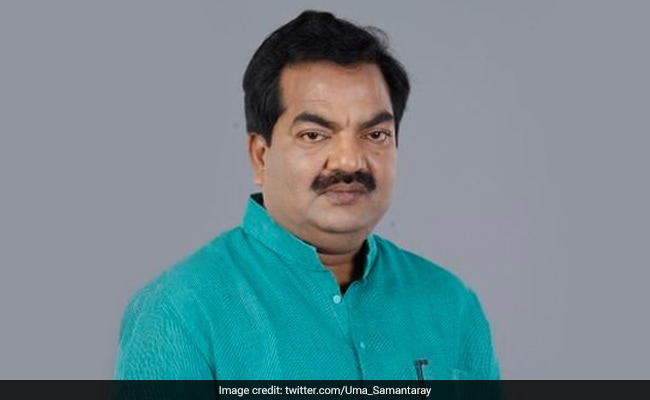 A case was filed against BJD MLA Umakanta Samantray after he attended the funeral of party leader Pradeep Maharathy despite testing positive for COVID-19, police said on Saturday.

However, no case was registered against the party's Nimapara MLA and School and Mass Education Minister Samir Ranjan Dash who was also accused of attending Mr Maharathys funeral on October 4, violating the COVID-19 guidelines.

Jagannath Sena, a local outfit, had lodged a complaint against Mr Dash and Mr Samantray, alleging that they attended the funeral despite testing COVID-positive.

However, Puri's Superintendent of Police Akhileswar Singh said that the minister had attended the funeral after remaining in qurantine for 17 days.

Therefore, no case has been registered against him, Mr Singh said.

Jagannath Sena claimed that both Mr Dash and Samantray were found to be COVID-positive at the camp held for mandatory testing at the assembly premises on September 27 ahead of the Monsoon session.

As they were diagnosed with COVID-19, the two leaders were not allowed to attend the Monsoon session, which was held from September 29 to October 6, it claimed.

Mr Samantray, the MLA from Satyabadi, apologised for the violation.

In a video message, he said he committed a mistake by attending the funeral.

He said he had rushed to the funeral out of emotion because of his relation with Mr Maharathy.

Mr Samntray had tweeted on September 28, informing about his coronavirus infection.

Mr Dash, however, said that he had tested positive on September 12 and completed a 17-day quarantine before attending the funeral.

He claimed that he did not attend the Monsoon session as "mild infection" was detected in the test conducted at the assembly.

Pradeep Maharathy, 65, died at a private hospital in Bhubaneswar in the early hours of October 4. The seven-time MLA from Pipili in Puri district had tested positive for COVID-19 on September 14.

He was discharged from the hospital following recovery but was admitted again as his condition deteriorated, breathing his last after remaining on ventilator support.

Mr Sarangi was accused of violating the guideline while celebrating her birthday on Thursday. She, however, rejected the allegation and raised questions as to why Mishra was silent on the issue pertaining to the alleged violation by Samantray and Dash.

Puri temple may open for public in mid-August