The Liberal Party, led by Prime Minister Justin Trudeau, and the Conservatives headed by Erin O’Toole have been polling neck-and-neck in the lead-up to the vote, while the left-leaning New Democrats under Jagmeet Singh are in third with about 20 percent support.

The Quebec nationalist Bloc Quebecois, environmentalist Green Party of Canada, and far-right People’s Party of Canada round out the six main parties influencing politics in Canada.

Here, Al Jazeera looks at who the party leaders are and what they have promised: 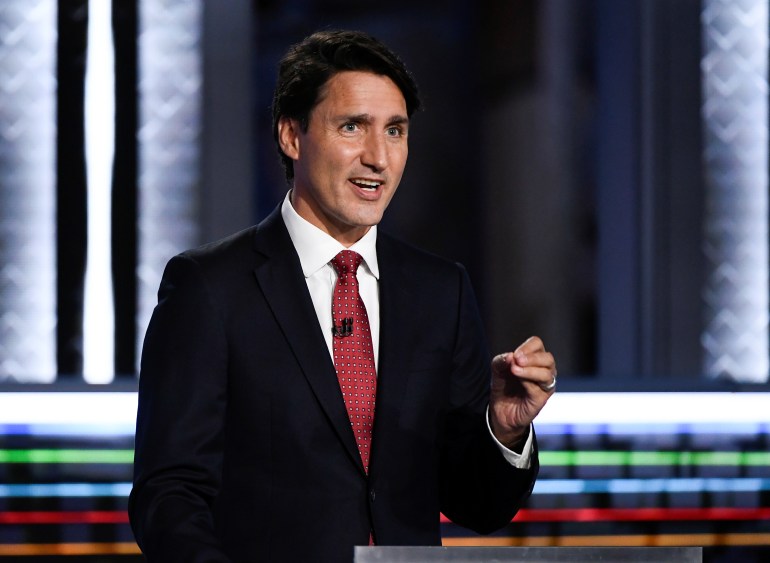 Justin Trudeau is the current and 23rd Prime Minister of Canada.

The 48-year-old is in his second term as prime minister after his Liberal Party secured a 157-seat minority government in the last federal election in October 2019.

Trudeau, who won the Liberal leadership in 2013, first became prime minister in 2015. The Liberals won a majority in the election that year, besting the Conservative Party, which under then-leader Stephen Harper had been in power for nearly a decade.

Trudeau, who serves in a Montreal electoral riding, and the Liberals garner much of their support from Atlantic Canada, on the country’s east coast, as well as in pockets of Ontario and Quebec – the two most populous provinces.

Trudeau triggered this month’s snap election in hopes that his government’s handling of the COVID-19 pandemic and its related economic stimulus plan would deliver it a parliamentary majority. But he has faced angry, anti-vaccine protesters on the campaign trail.

The Liberals’ election platform promises 78 billion Canadian dollars ($62bn) in new spending across five years, with a focus on healthcare, should the party form the next government. They have pledged to offer free coronavirus booster jabs for all Canadians as well as $1bn in funding to provinces and territories that want to implement vaccine passport systems.

On the environment, the party – which has been criticised for backing a contentious oil pipeline expansion project – says it will get to net-zero emissions by 2050. During the past weeks, it also pledged tens of millions of dollars to help Indigenous communities search for unmarked graves at “residential schools”, said it would tighten existing gun regulations in Canada and promised to resettle 40,000 Afghan refugees in the aftermath of the Taliban takeover of Afghanistan. 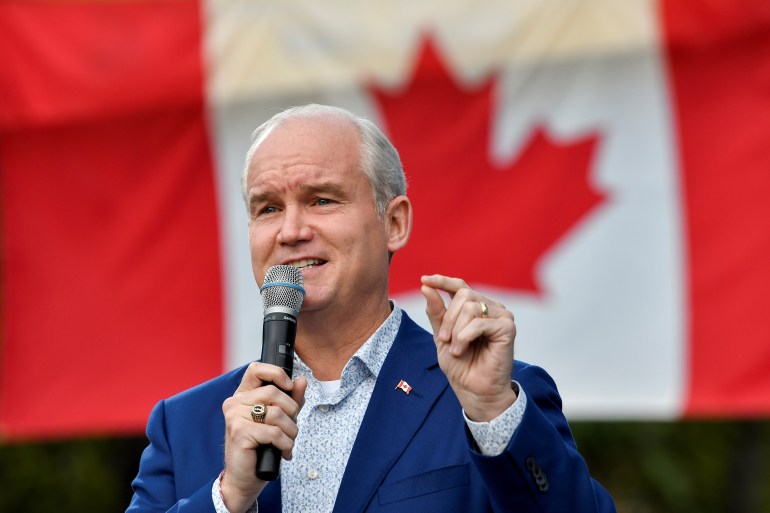 Erin O’Toole is the leader of the official opposition, the Conservative Party of Canada.

After the defeat of the Conservatives in the 2019 elections, and subsequent resignation of then-leader Andrew Scheer, O’Toole – who serves as member of parliament in the eastern Ontario riding of Durham – won the party leadership in 2020.

The Conservatives get much of their support in the central Prairie provinces of Manitoba, Saskatchewan and Alberta, as well as parts of Ontario and Quebec.

The Conservatives have promised to meet the original Paris Accord targets of reducing emissions by 30 percent below 2005 levels by 2030 – a pledge that falls short of what Canada has since promised. They also have proposed getting 30 percent of all light-duty vehicle sales, such as passenger cars, to be zero-emission vehicles by 2030.

The Conservatives have promised billions in new investments if elected and O’Toole says the party would balance the budget in 10 years “without cuts” through its economic stimulus and growth plan.

On COVID-19, O’Toole has said he would work with Canadian provinces to implement a countrywide proof-of-vaccination system, but he has opposed mandatory vaccines for federal employees and has not made it a requirement for Conservative candidates to be inoculated.

The Conservatives say they back the Liberal promise to resettle about 20,000 Afghans. 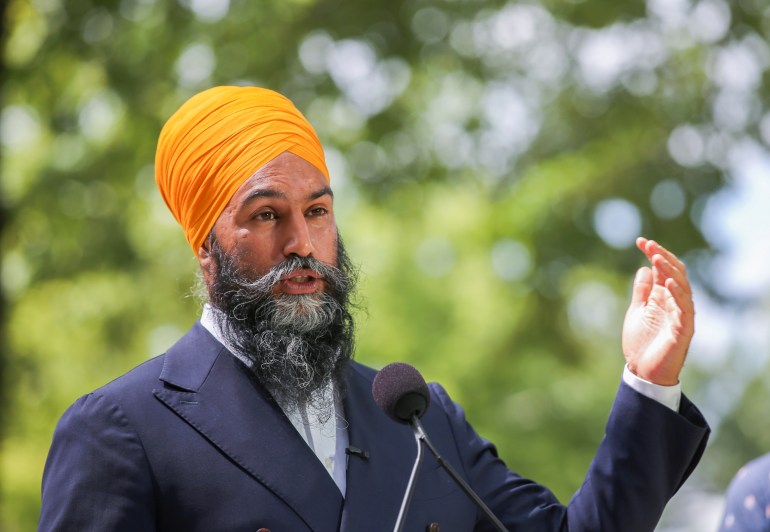 Jagmeet Singh is the leader of Canada’s left-leaning New Democratic Party (NDP), which holds the fourth-most seats in parliament.

The 42-year-old, who is Sikh, won the party leadership in 2017 to become the first visible minority leader of a federal party in Canada. Previously, Singh – who currently represents the Burnaby South riding in British Columbia – served as deputy leader of the Ontario NDP.

After a surprisingly strong showing in Quebec in 2011 – dubbed the “Orange Wave” – propelled the party to official opposition status, the party lost some ground in the 2015 election. It then had disappointing results in 2019, securing only 24 seats – 20 fewer than in the previous vote.

Most of the New Democrats’ seats are in British Columbia and Ontario.

The NDP is proposing a $20 minimum wage for all federal workers and 10 days of paid sick leave. Singh recently criticised Trudeau for promising paid sick leave during the campaign, but refusing to pass the measure while in government.

To tackle the climate crisis, the party has pledged to reduce carbon emissions to 50 percent below 2005 levels by 2030, as well as create more than a million “good jobs” as part of a shift that includes building “green infrastructure” in communities across Canada.

On Indigenous rights, the NDP has proposed creating a First Nations justice and policing strategy to tackle the disproportionate representation of Indigenous people in Canada’s prison system, while promising to fully implement the Truth and Reconciliation Commission’s 94 Calls to Action. 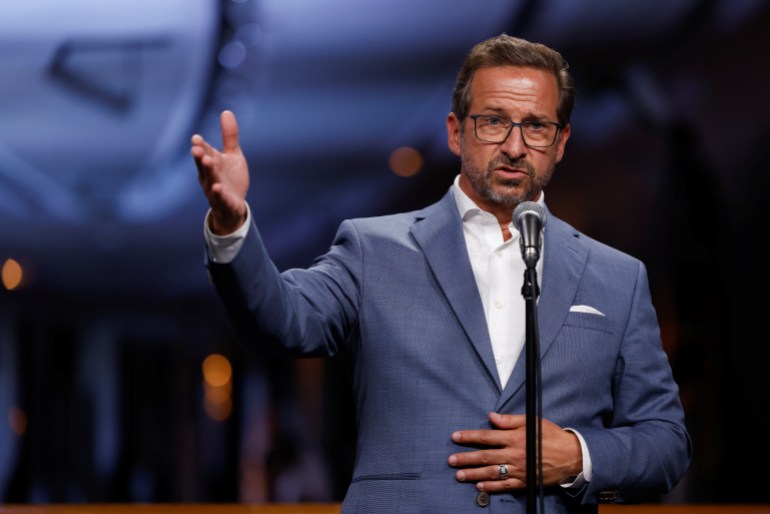 Under Yves-Francois Blanchet, the Bloc Quebecois increased its seats in parliament from 10 to 32 in the last federal election in 2019 [Blair Gable/Reuters]

Yves-Francois Blanchet is leader of the Bloc Quebecois, a party that only runs candidates in Quebec and bills itself is “the only party” to promote the French-speaking province’s interests at the federal level.

Blanchet previously served as a member of the Quebec legislature with the separatist provincial Parti Quebecois (PQ) from 2008 to 2014, as well as a PQ cabinet minister. He ran unopposed for the Bloc leadership in 2019 and won.

Under Blanchet, who represents a riding south of Montreal, the party increased its seats in parliament from 10 to 32 in the last federal election.

The party says it will introduce a bill to make knowing sufficient French a condition for granting Canadian citizenship to new immigrants in Quebec, saying the French language is in decline and must be protected.

The Bloc’s platform calls for no interference from Ottawa in the implementation of Quebec laws and that no public money be spent on lawsuits against them. In recent years, Quebec’s Bill 21, which bans the wearing of religious symbols in the public sector, has faced several legal challenges.

The Bloc has pledged to create a “green equalisation” programme that would reward provinces who effectively fight climate change. The party called for an end to fuel subsidies, urging the money to be redirected to clean energy projects. On healthcare, the Bloc says the federal government should increase its funding to provinces – which control their respective health systems – from 22 to 35 percent. 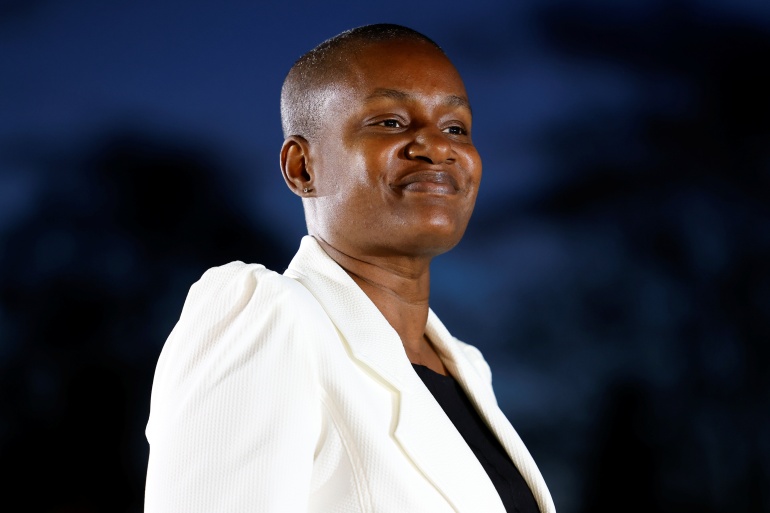 Annamie Paul is the leader of the Green Party.

She is the first Black Canadian and Jewish woman to lead a federal party. The 48-year-old won the party leadership last year, replacing longtime leader Elizabeth May.

But she is the only federal party leader who is not a member of parliament after she lost a by-election in the riding of Toronto Centre in October 2020. She is campaigning for that same seat in this election – and she has skipped the campaign trail in order to focus on her race.

The Green Party, which is not running a full slate of candidates in this election, won three seats in the last federal vote in 2019.

With the environment as the party’s main focus, the Green Party wants to reduce greenhouse gas emissions by 60 percent from 2005 levels by the year 2030, with the goal of reaching net negative by 2050. The party also calls for cancelling all pipeline projects, providing zero fuel subsidies, and banning the sales of all “internal combustion engine passenger vehicles by 2030”.

Moreover, the Greens have proposed to replace “every high-paying fossil fuel sector job with a high-paying green sector job” through wage insurance.

On COVID-19, the party says it will extend all wage and rent subsidies until all coronavirus restrictions are lifted, and hold the business tax rate at no more than 9 percent.

The party’s foreign policy commitments include signing and ratifying the Treaty to Abolish Nuclear Weapons, calling for global nuclear disarmament and ending federal support for Canadian exporters involved in sales of fossil fuels and arms. 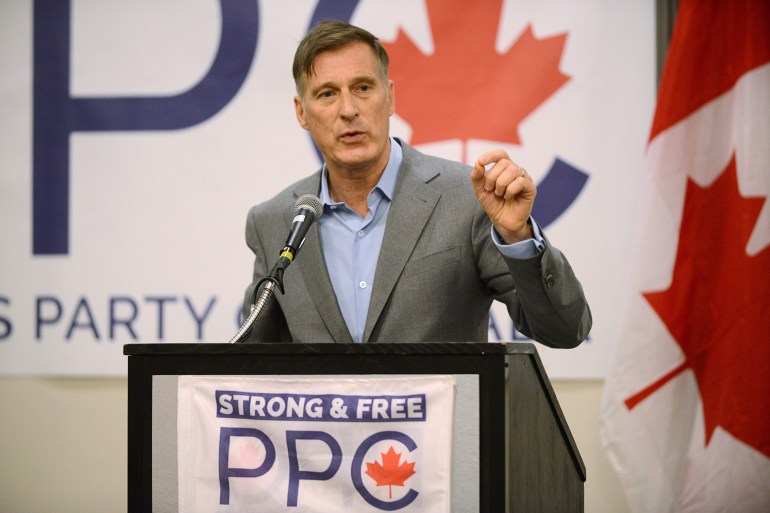 Maxime Bernier is the leader of the far-right People’s Party of Canada (PPC).

A former Conservative Party MP and cabinet minister, Bernier narrowly failed to win the party leadership in 2017, prompting him to leave the Conservatives just over a year later to form the PPC.

But under the PPC banner, Bernier lost his seat in Quebec’s rural Beauce riding, which he had held since 2006, in the last federal election in 2019. He lost by more than 10 percentage points to the local Conservative candidate.

The PPC, which is not running a full slate of candidates in this election, has no representative in parliament. It won only 1.6 percent of the vote in 2019.

The party is currently polling at about 6 percent support and is stealing some votes away from the Conservatives, but it holds little chance of winning a seat in parliament.

The PPC is campaigning on an anti-coronavirus vaccine, anti-immigration platform, and garners much of its support from the Far Right in Canada. 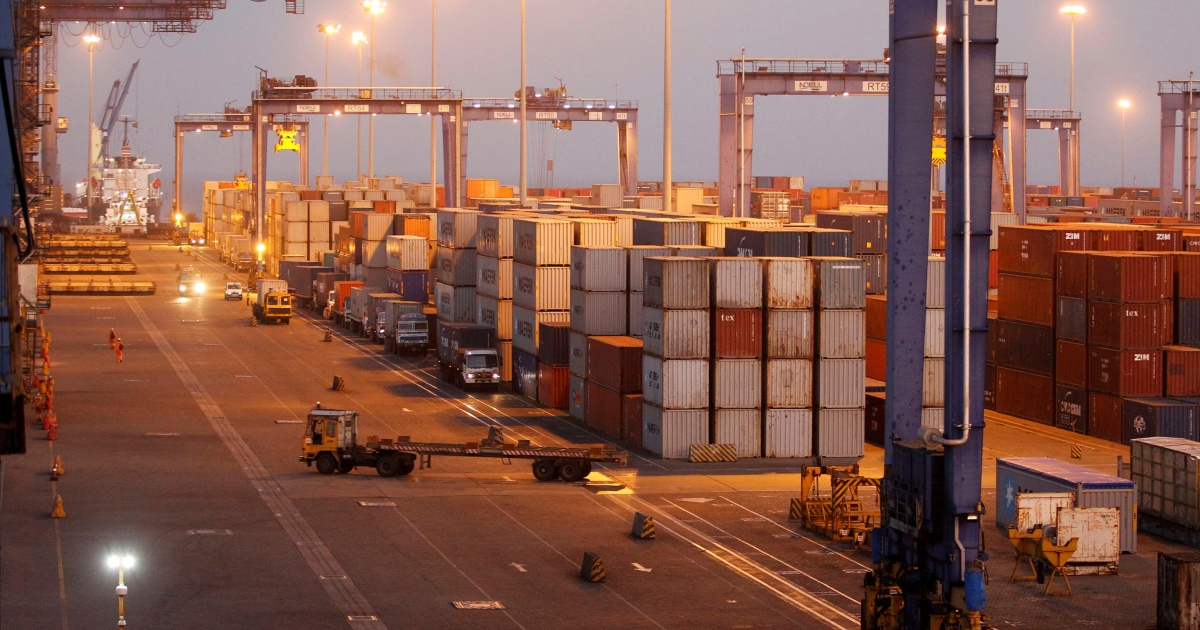