California and New York City announced Monday that they would require all government employees to get the coronavirus vaccine or face weekly COVID-19 testing, and the Department of Veterans Affairs became the first major federal agency to require health care workers to receive the shot.

Meanwhile, in a possible sign that increasingly dire health warnings are getting through to more Americans, vaccination rates began to creep up again, offering hope that the nation could yet break free of the coronavirus if people who have been reluctant to receive the shot are finally inoculated.

The announcements are the “opening of the floodgates” as more government entities and companies impose vaccine mandates after nationwide vaccination efforts “hit a wall,” said Dr. Ashish Jha, dean of Brown University’s School of Public Health.

“Some people find mask mandates annoying, but the reality is they’re temporary. We can’t do them forever,” he said. “Vaccine mandates have to be one of the major paths moving forward because they get us closer to the finish line. Mask mandates just buy you a little more time.”

In New York City, Mayor Bill de Blasio announced that all municipal workers — including teachers and police officers — will be required to get vaccinated by mid-September or face weekly COVID-19 testing, making the city one of the largest employers in the U.S. to take such action.

California said it will similarly require proof of vaccination or weekly testing for all state workers and millions of public- and private-sector health care employees starting next month.

The VA’s move came on a day when nearly 60 leading medical and health care organizations issued a call through the American Medical Association for health care facilities to require their workers to get vaccinated.

It was unclear what would happen to employees who refuse to comply. Some of the unions representing New York municipal workers said the city could not impose the requirement without negotiations.

The longstanding policy in the health care industry is for staff to stay up-to-date with vaccinations, such as annual flu shots, but a general rule also allows exceptions for medical reasons, such as allergies.

2:24 How many Americans will be able to come to Canada under relaxed border rules?

How many Americans will be able to come to Canada under relaxed border rules? – Jul 19, 2021

“For those who are vaccinated, this may feel like punishment, punishment for doing the right thing,” St. Louis County Executive Sam Page, a Democrat, said Monday. “I’ve heard that, and I feel that frustration.”

President Joe Biden should “lead by example” and impose further mandates on the federal workforce and in public venues where the government has jurisdiction, including in planes, trains and federal buildings, said Dr. Leana Wen, a former Baltimore health commissioner.

“We need vaccine mandates and vaccine verification,” she said. “We’re well past the time for the Biden administration to get on board with this. What we’re doing is not working. Doing more of the same is not the answer here.”

The administration has so far recommended that unvaccinated people keep wearing masks indoors, but top officials over the weekend said they are considering recommending that the vaccinated also wear them indoors.

Wen, who is also an emergency physician and a professor at George Washington University, said public health experts have worried for months about this very scenario.

“We were worried the honor system would not work, the unvaccinated would be behaving as if they’re vaccinated, and people would think the pandemic is over,” she said. “That’s precisely what has happened, and it’s incredibly frustrating.”

The U.S. should not have been caught off guard after watching the delta variant ravage India in May and then land in the United Kingdom, Israel and other highly vaccinated nations with force last month, added Dr. Albert Ko, an infectious disease specialist at Yale’s School of Public Health.

“We have learned multiple times to not take anything for granted with COVID,” he said.

Jha said Americans should brace for another rough few months of COVID, which has already claimed nearly 611,000 lives in the U.S.

“I really thought this would be a fabulous summer, but I underestimated the misinformation campaign that was coming,” he said Monday. “What were the chances that after more than half a million Americans dead, that one-third of the country would still not want to end the pandemic?”

Vaccinations ticked up over the weekend, with about 657,000 vaccines reported administered Saturday and nearly 780,000 on Sunday, according to CDC data. The 7-day rolling average on Sunday was about 583,000 vaccinations a day, up from about 525,000 a week prior.

Public health experts on Monday said the uptick in vaccinations is encouraging but warned that it’s far too early to say if millions of unvaccinated people are finally overcoming their reticence.

“I wish I could say yes, but I honestly don’t know,” said Ko. “There is a lot of ground to cover.”

The U.S. is around 67% immune from COVID-19 when prior infections are factored, but it will need to get closer to 85% to crush the resurgent virus, Jha said.

“So we need a lot more vaccinations. Or a lot more infections,” he said.

The seven-day rolling average for daily new cases in the country shot up over the past two weeks, from more than 19,000 on July 11 to nearly 52,000 on July 25, according to data from Johns Hopkins University.

Health experts said they are hopeful that the prominent conservative and Republican voices that have spent months casting doubt on the vaccination effort are finally willing to help move the needle.

House Minority Whip Steve Scalise and other Republicans on the GOP Doctors Caucus held a press conference at the Capitol late last week imploring their constituents to lay lingering doubts aside.

Fox News host Sean Hannity declaredon his popular show: “It absolutely makes sense for many Americans to get vaccinated. I believe in science. I believe in the science of vaccinations.”

Facebook also needs to do a better job cleaning up misinformation on its social media platform, Jha said.

And the Food and Drug Administration needs to fully approve the COVID-19 vaccines, which currently have emergency approval. That final step will give more companies greater confidence to impose vaccine mandates, he suggested.

“FDA approval matters a lot,” Jha said. “It’s absurd at this point. The safety and efficacy of these drugs has been well-documented.” 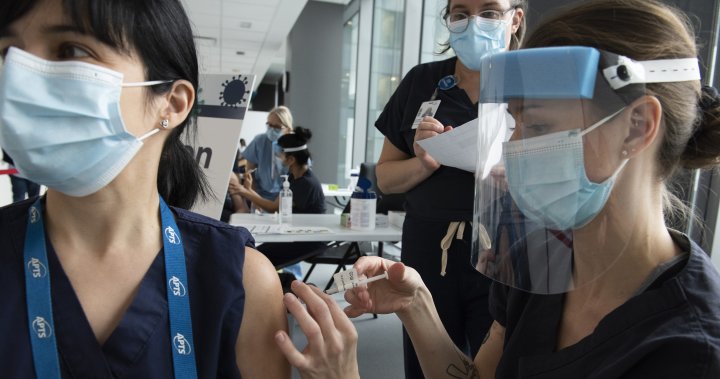 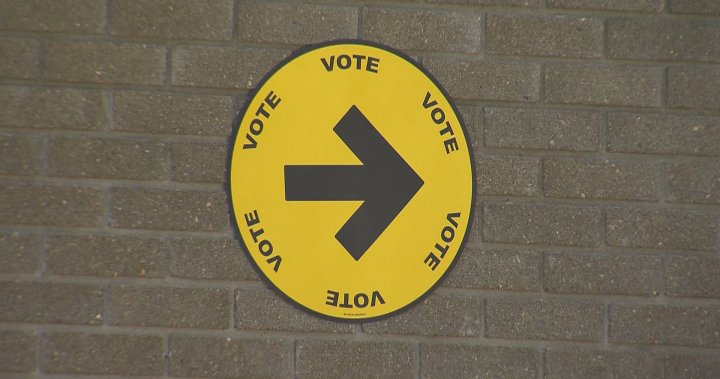 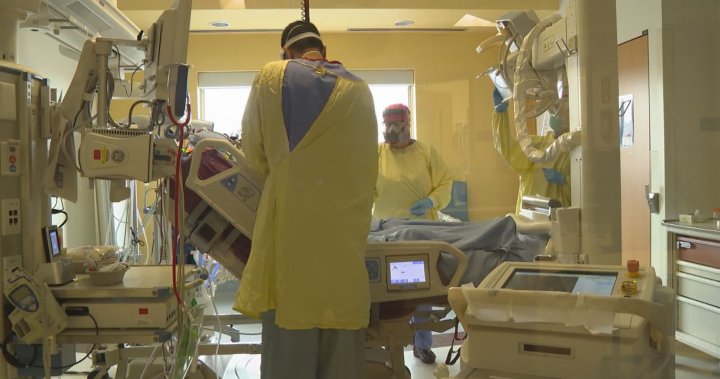