There was little sign of what was to come when the distinctive voice of Britney Spears echoed around the courtroom for the first time.

Asked by the court clerk to confirm who exactly was on the telephone line, it took her a second or two to realise that the question was directed at her. She replied with a breezy, "Oh, me? Britney Spears".

The next time she spoke her tone had changed. 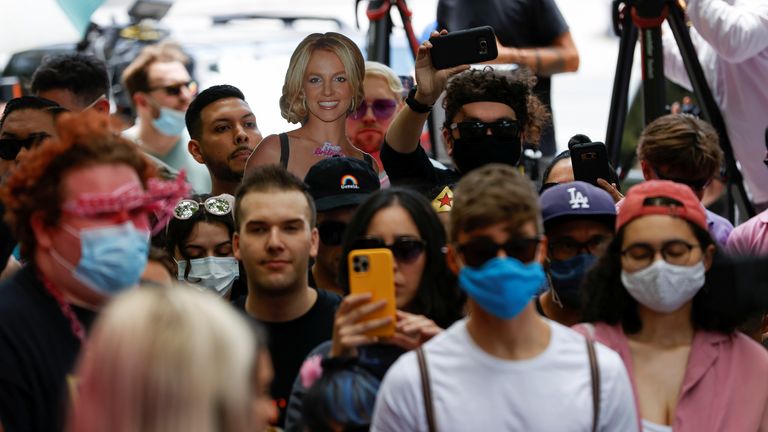 Image: #FreeBritney fans showed their support outside the LA court

As a lawyer tried to request that some of the singer's evidence not be publicly released, the singer jumped in with an interruption that foreshadowed what the court was about to hear.

"This should be an open court hearing," she said. "They should listen to what I have to say."

With that, and with the judge's warning that she shouldn't be interrupted, Britney Spears confirmed that she did indeed have "a lot to say".

Her statement, four pages delivered in 20 minutes, savaged those who, she says, have taken control of her life away from her over the last decade.

For some in the courtroom, it was clearly an emotional listen. As she poured out a story she says she has been forced to keep hidden for years, they bowed their heads; some wiped away tears.

That she laid out such deeply personal and intimate details of her life under the conservatorship was a measure of her frustration. The occasional profanity and sheer speed with which she spoke added a sense that this was someone who had been desperate to speak out.

Particularly harrowing were her allegations about the medical procedures she had undergone and how her desire to have more children had been thwarted.

As she spoke inside court, her army of fans outside craned to listen in to an audio feed. The cheers and claps told the story of a group of people, often told to mind their own business, who suddenly felt vindicated. Even the most ardent of them could scarcely have expected such an explosive statement.

But they have also tried to highlight a wider problem they see with the conservatorship system and where very few other people have the voice or support of a celebrity such as Britney Spears.

That campaign will undoubtedly continue and the system will bear some scars from the courtroom assault delivered by the star. 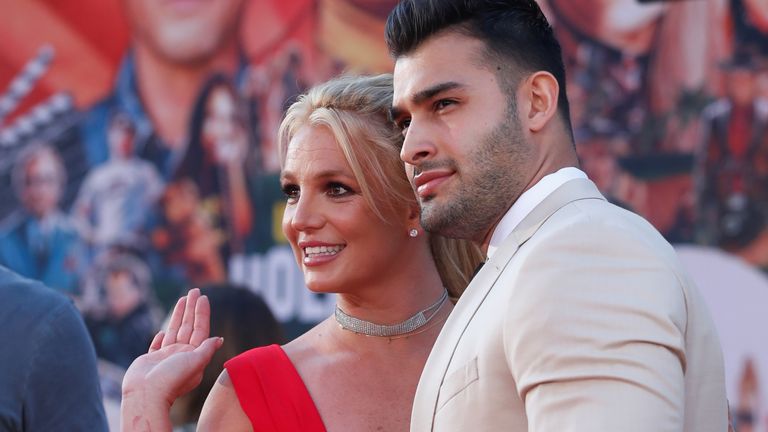 Image: Spears told the court she wants to marry boyfriend Sam Asghari and have more children, but claims she is not allowed

Also bruised perhaps is her father, Jamie. Often cast as the villain by her supporters, he has always said that everything he has done for her has been out of love. His lawyer said he was sorry to see his daughter in so much pain.

It was clear that everyone in the court was stunned by what they heard. They now have to find a way to deliver what Britney Spears wants.

As she told the judge: "I want my life back." 'I’m having a phenomenal time': Rapper T.I. arrested in Amsterdam after bike crash with police 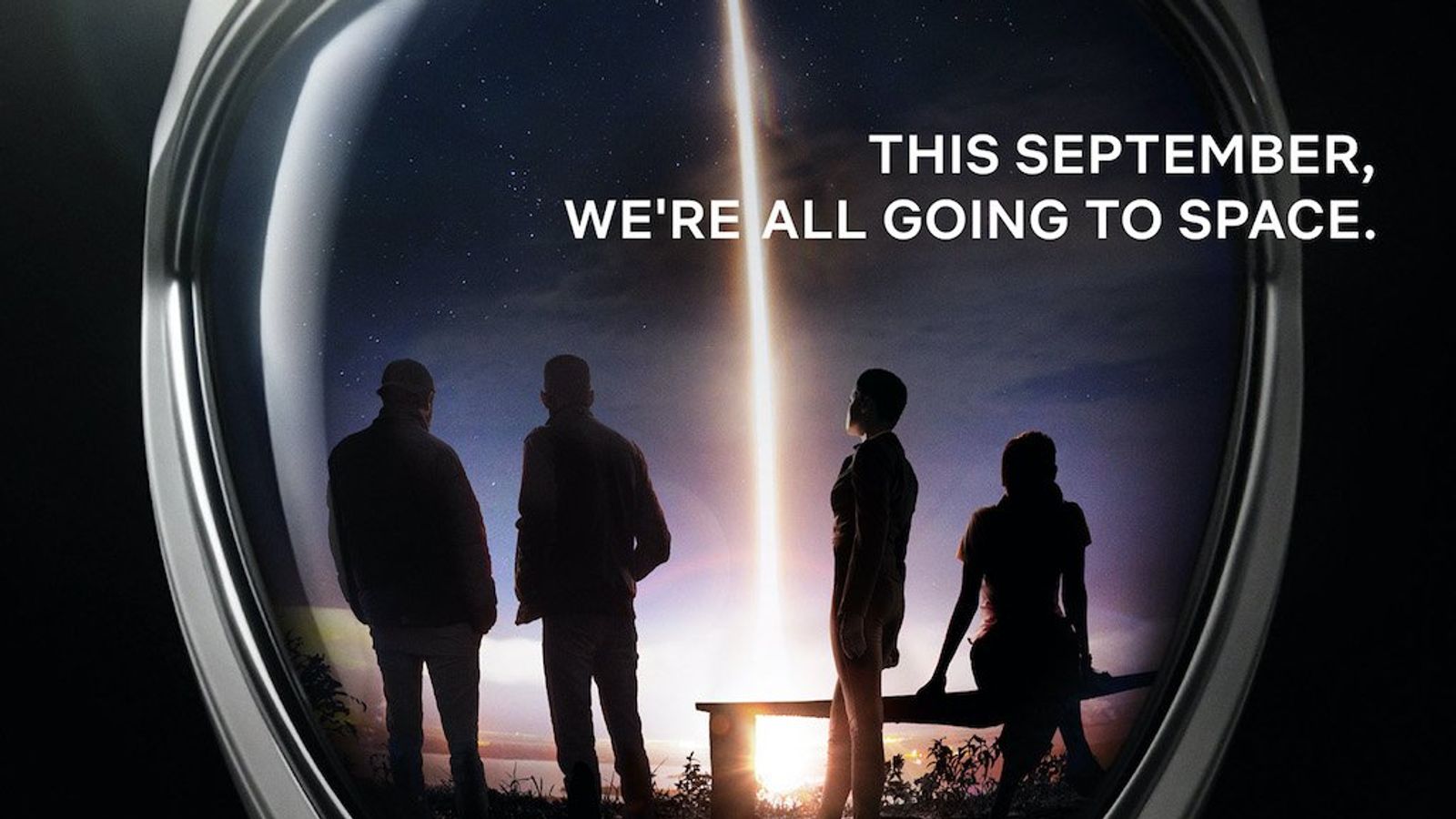