Border battles: Vaccines ‘being thrown out’ in U.S. should go to Canadians, mayors say

Perfectly good U.S.-owned COVID-19 vaccine doses are regularly going into garbage bins just kilometers away from the Canadian border, according to local mayors and health care providers who are now fighting to get the jabs to go into Canadian arms instead.

Windsor, Ont., Mayor Drew Dilkens, whose city sits right on the Canada-U.S. border, said pharmacists who live in Windsor but work in the United States have been continually offering him their excess doses at the end of the day.

But he’s had to turn them all down, he said.

“We have 35,000 doses that hit the trash two kilometers away from where I’m sitting at the very moment,” Dilkens told the House of Commons health committee on Monday.

He said pharmacists in Windsor are “just beside themselves thinking that this stuff is going into the landfill when there’s such a demand here on our side of the border.”

Demand for those vaccines has started to slow in the United States, according to its recent vaccination figures. The New York Times reported that daily shots administered peaked in mid-April, and have been steadily declining since.

In Canada, meanwhile, vaccines are still a piping-hot commodity. Canadians are scrambling to find their first and second-dose appointments as our rollout shows a steady upwards trajectory of daily doses.

This combination of factors has led to waste in some U.S. cities, according to mayors and health-care providers, and that waste is happening mere kilometers from Canadian cities rife with citizens that would gladly roll up their sleeves sooner.

David Musyj, president and CEO at Windsor Regional Hospital, told Global News that the U.S. doses are “genuinely being thrown out.”

“What happens is every single vial of Pfizer has approximately six doses. And then, once you pierce that vial, you have a limited amount of hours — five to six hours — to use up that vial,” Musyj explained.

“If you don’t use all six doses up in that vial, then you have to throw it away.”

Political pressure to reopen Canada-U.S. border during pandemic – May 20, 2021

Instead of those vials going in the trash, Musyj and Dilkens are hoping they can be brought just a few kilometers to Canadians’ waiting arms — and they aren’t alone in their efforts.

Niagara Falls Mayor Jim Diodati has also been vocal about the issue, telling Global News he too has been forced to reject perfectly good vaccines.

“Our American counterparts are asking us, ‘We’ve got these extra vaccines. Are you interested in them before we throw them in the landfill?’ We’d rather put them into an arm than a landfill,” said Diodati.

He said instead, however, the Americans are “throwing vaccines out every day because they expire.”

“And we’ve got arms here that would be willing hosts for these vaccines,” Diodati said.

Both Dilkens and Musyj have suggested a number of proposals to get those extra doses into Canadian arms. One idea is to have pharmacists meet Canadians at the border in the tunnel that connects Windsor and Detroit. Canadians could essentially stick their arms out at the border crossing to get their jab.

The owners of the Ambassador Bridge also sent a proposal to both the federal and provincial governments, according to Musyj. They suggested that a vaccination center be set up at the base of the bridge on the U.S. side, so Canadians could wait in their cars without ever having to drive up the street to meet the customs officers.

So far, none of these efforts have been successful, according to Musyj and Dilkens.

In a letter sent to Dilkens and obtained by Global News, the Public Health Agency of Canada explained why the Windsor mayor’s proposal wouldn’t work.

“With respect to the set up of the proposed clinic, please be aware that vaccine cannot be imported into Canadian space without the express consent of Health Canada. It is our understanding that actual vaccination, in other words, administration of the vaccine into a patient’s arm, will occur on the U.S. side of the border,” they wrote.

“However, if the U.S. nurse or pharmacist reaches across the border to administer it to a person in Canada, that is considered importation of product and requires an expression of no objection from Health Canada.”

PHAC added that by reaching their arm across the border and injecting the vaccine in Canada, the health-care worker would be seen as importing the drug for sale in Canada.

“If the vaccine is not authorized for sale in Canada … the nurse could be found to be in contravention of the Food and Drug Regulations,” they wrote.

In a scenario where actual vaccination occurs in Canadian space, the importation of the vaccine should be reported in accordance with the Customs Act. As such, the Canada Border Services Agency will need to determine on whose behalf the goods are being imported to determine reporting requirements.”

Musyj lamented that time was put into drafting this letter, rather than trying to find a solution.

Dilkens added that the government is finding “every way to say no to making this happen.”

“I’m looking for someone who will find one way to say, yes, this is a sensible pathway. It’s the Pfizer vaccine that’s manufactured at the same plant in Kalamazoo, Michigan. Let’s just find a way to make this happen,” he said.

The federal government, however, insists that there are more than enough vaccines coming to Canada already.

“We have a steady supply of vaccines coming into Canada, including 55 million doses coming in by the end of June. There are enough vaccines for every Canadian who wants to get vaccinated,” said Aisling MacKnight, a spokesperson for Health Minister Patty Hajdu, in an emailed statement.

On top of that, the federal government said this decision isn’t up to them.

“We encourage Windsor to work with the Province of Ontario should they have concerns with the current vaccination schedule for second doses,” MacKnight said.

But as the federal government points fingers at the provinces, the provinces are pointing the blame right back at the feds.

“The federal quarantine rules are the impediment to allowing this to happen and that is a federal responsibility,” said Alexandra Hilkene, a spokesperson for Ontario Health Minister Christine Elliot, in an emailed statement.

Global News also reached out to the Governor of Michigan’s office for comment on Thursday morning, but did not receive a response by the time of publication.

Meanwhile, as Musyj waits for the various levels of government to decide how — and whether — they want to address the issue, he said he continues to see unvaccinated patients landing in his ICU.

He said there still aren’t enough vaccines to keep up with demand.

“We don’t have doses in the freezer. But what we do have is patients in our ICU that did not have an opportunity to get their first or second dose — and they’re up in our ICU on (ventilators),” Musyj said.

“I don’t want more patients in our hospital or in our ICU that are there because they didn’t get a chance to get a vaccine, either their first or second dose.” 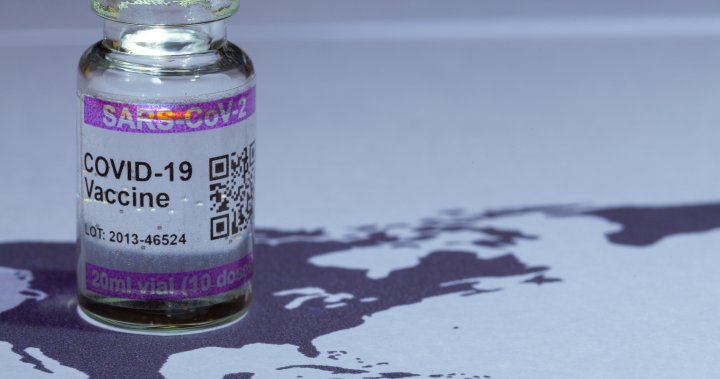 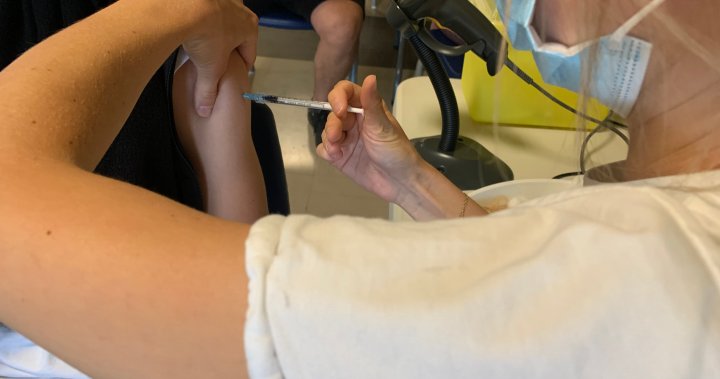 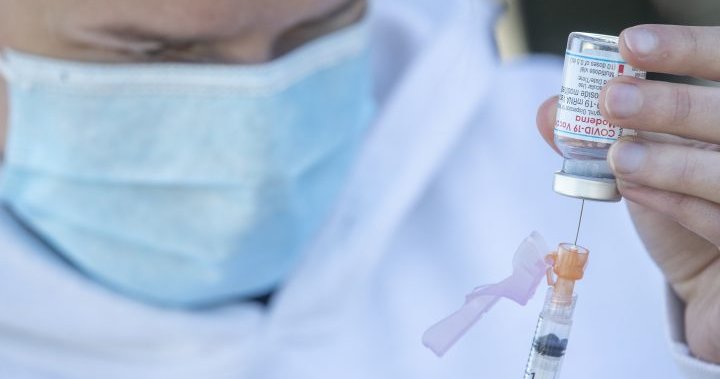 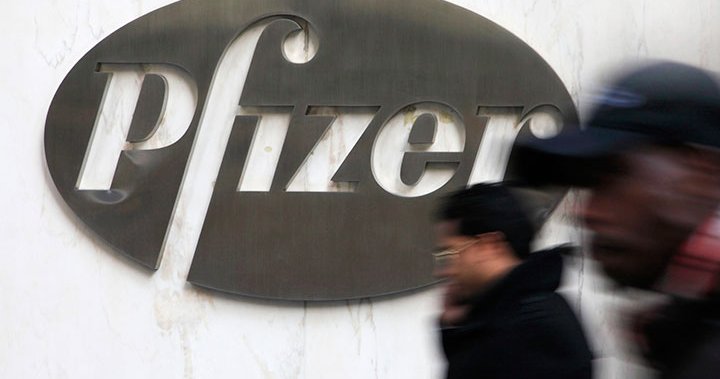