You could say that Boramy Viguier is a goblet-half-full kind of guy. The Parisian designer might use a tarot symbol of a medieval drinking vessel as his de facto logo, but he also has a ceaseless optimism when dealing with all and any challenges. Such as: Ever since the confinement in Paris this past spring, Viguier has been creating with whatever fabrics he already had to hand in his studio, printing and embroidering some to create special unique pieces, riffing on that monastic/mystical vibe he draws on so much. It’s his very own version of alchemy, inventively transforming the unused and the neglected through the power of his playful let’s-just-try-it-and-see approach.

Most recently, Viguier turned out his first pre-fall, dubbed Lord Sky Dungeon, at breakneck speed. The accompanying trippy supernatural video he filmed just aired as part of GucciFest, Alessandro Michele’s generous turning of the brand’s global spotlight onto emerging talents who deserve the attention. Gucci asked him to take part a couple of months back, and, says Viguier, it took him, “five days to create the collection, four days to film it, and one morning I was asked for the title [of the video] at 10 a.m. and had come up with the name by noon.”

The video is a glorious mash-up of everything that Viguier loves cinematically; James Bond title sequences, sword-wielding sorcery epics; cultish horror; et al. (The terrific soundtrack, by the way, is by one of his favorite bands, the L.A.-based Dengue Fever.) Yet the video represents more than cinematic excursion to him; it was also a distinct influence on his creative process for pre-fall. “Every movie I have loved I’ve always loved the costumes as much,” he says, “whether it’s by Scorsese or Lord of the Rings. With this collection, I started with the idea of the film first, then designed from there. I’m really interested in continuing to work that way. It brings...a sense of purpose.”

That’s evident in the collection’s 21 looks, which distill all of the fable and fantasy that constantly inspires him into some super-wearable and super-desirable pieces. The look rests for the most part on black crew neck sweatshirts, cleric tunic in style, and cut from heavy cotton. (He calls them “the holy shirts.”) These are layered over white collared surplice-like shirting and wide pants. In some ways, it’s the perfect distillation of exactly the kind of approachable/comfortable look we all might have been working this past year.

Yet thanks to Viguier’s own twists, that distinctly ecclesiastical vibe of his, he resolutely makes it his own. There are still a few of those hand-crafted one-offs, notably a drawstring-waisted black coat embellished with those goblets. But Viguier’s pre-fall affords the opportunity to see him strip back his work, taking his signature down to its barest essence. Doing so reveals that Viguier has a whole lot more to say about clothes than his compelling way with myth and fantasy.

The Only Vibe I’m Chasing This Summer? The Olsen Twins On Vacation in the Early Aughts

Gigi Hadid Tries Out Tangerine Eyeliner, and the Result Is Perfectly Playful 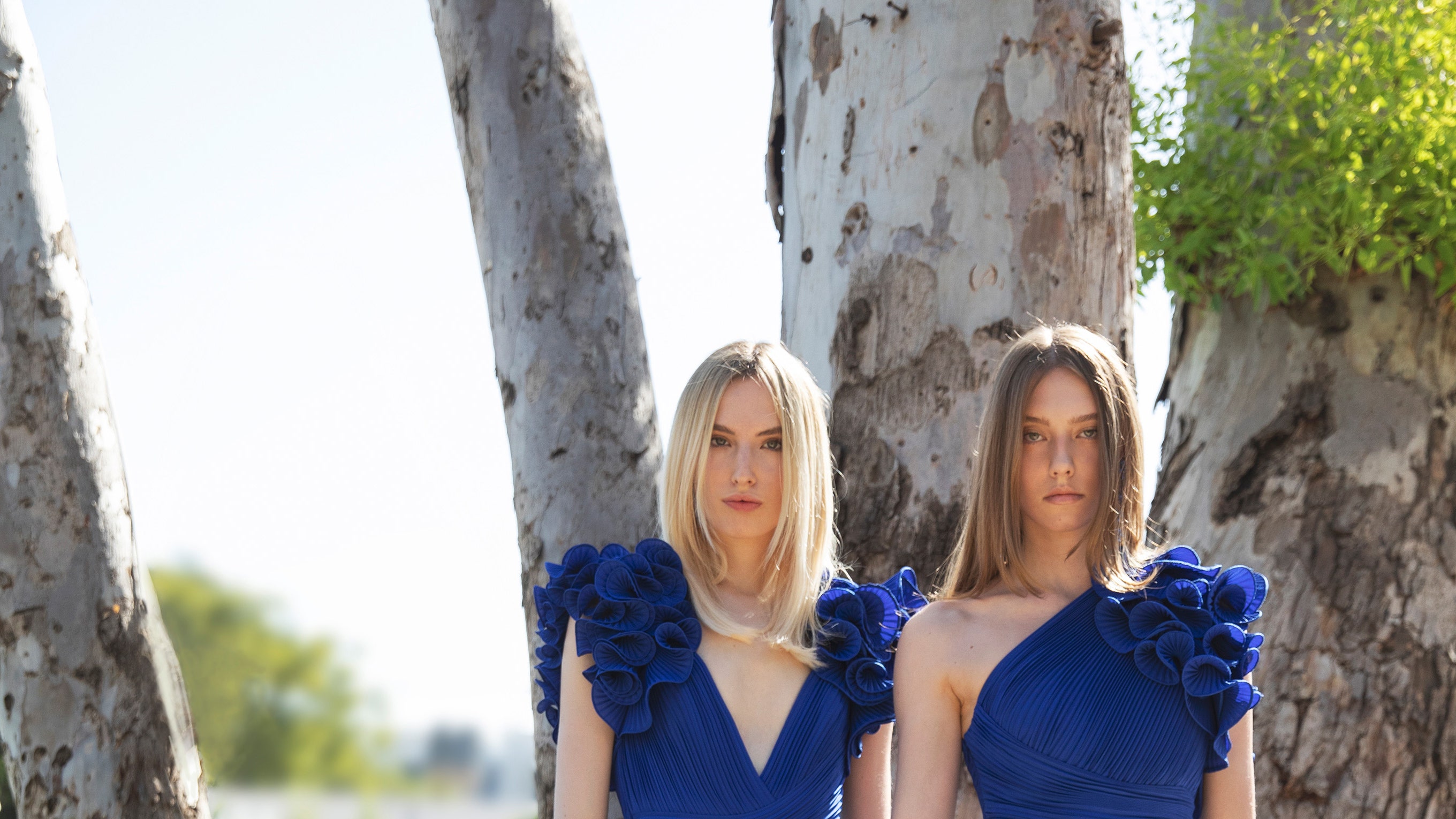