Four bones found on the Isle of Wight belong to a new species of dinosaur from the same family as Tyrannosaurus rex.

Palaeontologists from the University of Southampton say the creature lived in the Cretaceous period 115 million years ago and is estimated to have been up to four metres long.

The dinosaur - which is a new species of theropod, the group that includes Tyrannosaurus rex and modern-day birds - has been named Vectaerovenator inopinatus. 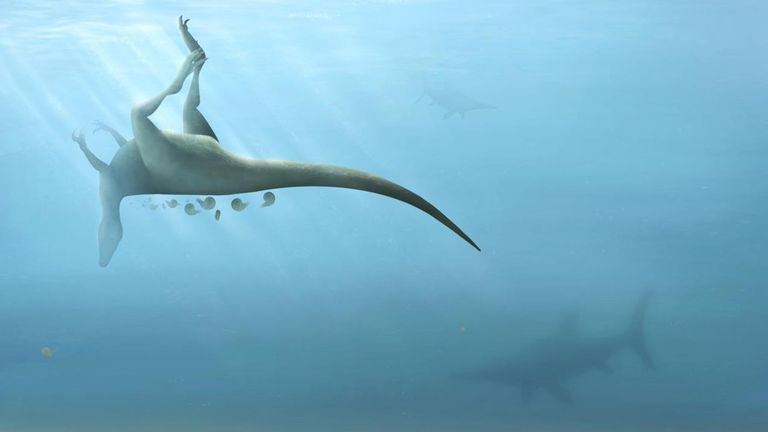 Image: The animal the bones belonged to is believed to have drowned

The name refers to the large air spaces in some of the bones, one of the traits that helped the scientists identify its theropod origins.

These air sacs, also seen in modern birds, were extensions of the lungs which helped fuel an efficient breathing system while also making the skeleton lighter. 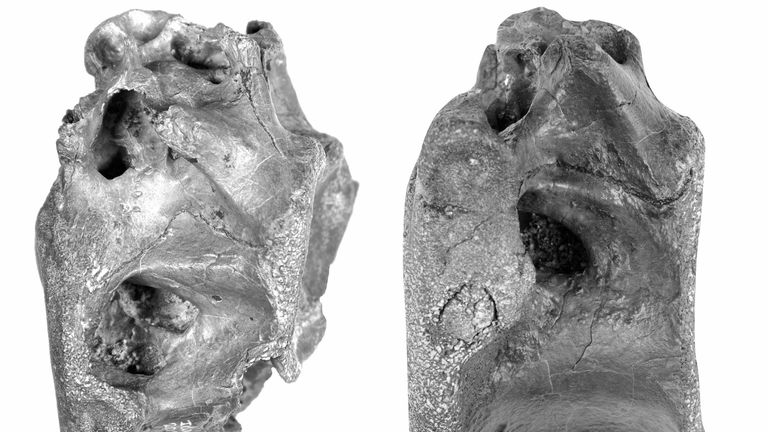 Image: A feature of the Vectaerovenator inopinatus's bones was that they contained large hollow spaces for air

The bones, discovered on the foreshore at Shanklin last year, are from the neck, back and tail.

Robin Ward, a regular fossil hunter from Stratford-upon-Avon, was with his family visiting the Isle of Wight when they made their discovery.

He said: "The joy of finding the bones we discovered was absolutely fantastic. I thought they were special and so took them along when we visited Dinosaur Isle Museum. 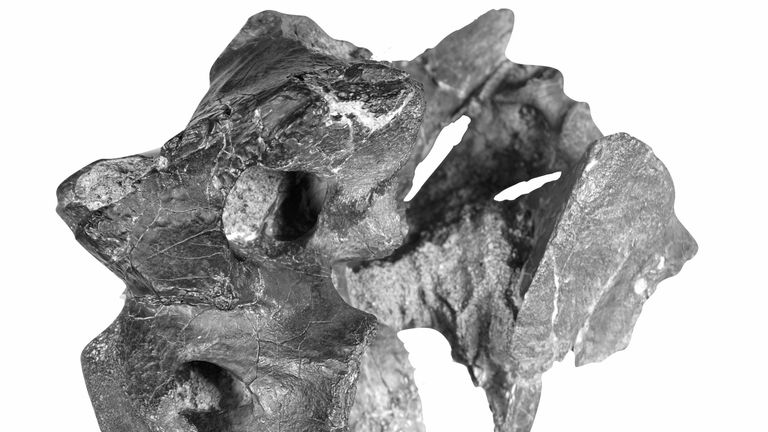 Image: The air sacs were extensions of the lungs which helped fuel an efficient breathing system

"They immediately knew these were something rare and asked if we could donate them to the museum to be fully researched."

James Lockyer, from Spalding, Lincolnshire was also visiting the island when he found another of the bones.

He said: "It looked different from marine reptile vertebrae I have come across in the past.

"I was searching a spot at Shanklin and had been told and read that I wouldn't find much there.

"However, I always make sure I search the areas others do not, and on this occasion it paid off." 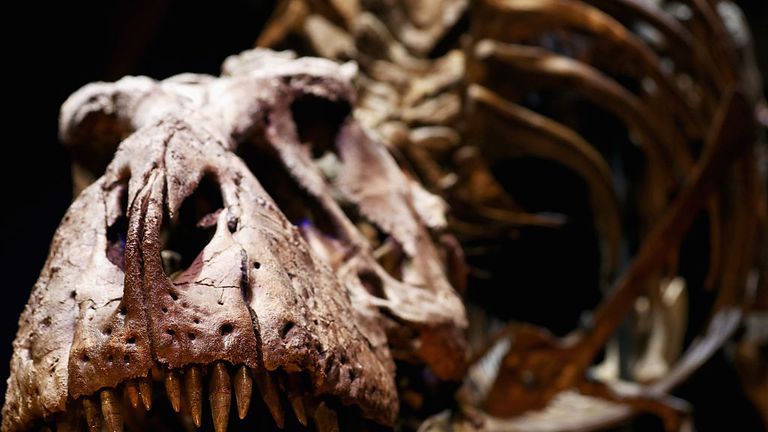 Image: Experts say the animal was a close relative of Tyrannosaurus rex

Scientific study has confirmed the fossils are very likely to be from the same individual dinosaur, with the exact location and timing of the finds adding to this belief.

Chris Barker, a PhD student at the university who led the study, said: "We were struck by just how hollow this animal was - it's riddled with air spaces.

"Parts of its skeleton must have been rather delicate.

"The record of theropod dinosaurs from the 'mid' Cretaceous period in Europe isn't that great, so it's been really exciting to be able to increase our understanding of the diversity of dinosaur species from this time.

"You don't usually find dinosaurs in the deposits at Shanklin as they were laid down in a marine habitat.

"You're much more likely to find fossil oysters or driftwood, so this is a rare find indeed."

Samsung Galaxy A52 5G expected to launch in India soon

These Nokia smartphones to get Android 11 update later this year