Brazilian President Jair Bolsonaro, who has been parading around the capital Brasilia without a face mask, greeting and snapping pictures with his supporters, got a rare public scolding this week, when a judge ordered him to wear a mask when out in public, or face a fine.

With over one million registered cases of COVID-19 and 53,830 deaths, Brazil has risen in the charts as a global hot spot for the pandemic - with the second-highest number of cases and fatalities after the United States.

Bolsonaro, who called the coronavirus a "little flu", has come under heavy fire over his handling of the crisis and his continued denial of the growing evidence of the disease's deadly impact on Latin America's most populous country. The judge on Tuesday called his behaviour "at best, disrespectful".

"The president is constitutionally obliged to follow the country's existing laws, as well as promote the wellbeing of the population, which means taking the necessary measures to … prevent the propagation of a virus that is spreading rapidly and often silently," judge Renato Coelho Borelli ruled, according to a transcript published by a local newspaper. 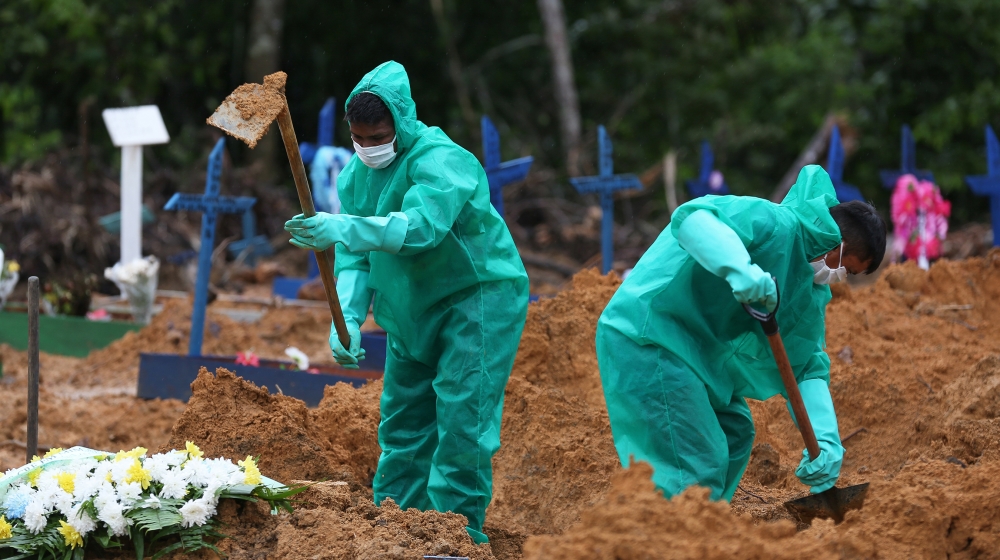 Bolsonaro, a former army captain, has openly defied the consensus among public health experts for slowing the coronavirus outbreak, criticising lockdown and social distancing orders issued by governors and mayors, saying their economic damage is far worse than COVID-19. And he has promoted unproven anti-malarial drugs to treat the disease.

And the country still has no permanent health minister. Bolsonaro fired one and another resigned over disagreements about how to slow the spread of the disease. An army general now occupies the position.

"The coronavirus pandemic in Brazil is not really being managed," said Anya Prusa, senior associate at the Brazil Institute at the Wilson Center.

"There doesn't seem to be a cohesive national strategy and there hasn't been one for a while," Prusa said, "and that's reflected in the fact that numbers keep going up."

The true numbers are feared to be much higher.

A study conducted by Brazilian researchers and published on Thursday found that infections among Brazil's poorest and most vulnerable neighbourhoods could be 30 times higher than the officially registered count. 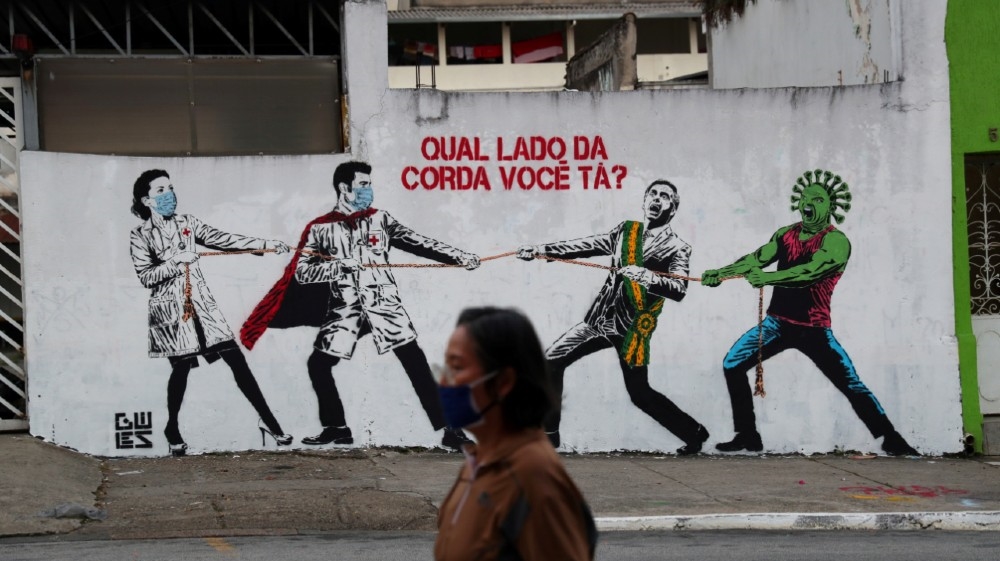 A woman passes by graffiti that shows Brazilian President Jair Bolsonaro and a person depicting the coronavirus pulling a rope against health workers in Sao Paulo, Brazil. The graffiti reads: 'Which side are you?' [File: Amanda Perobelli/Reuters]

Further fuelling allegations that the government was trying to mask the severity of the outbreak, earlier in June, Brazil's health ministry took down the website that reported cumulative coronavirus numbers.

Further eroding his support, Bolsonaro is also caught in an increasingly fraught power tussle with the country's legislature, fuelled by allegations of corruption.

His justice minister Sergio Moro, a popular figure, resigned in late April accusing the president of interfering in investigations that involved two of Bolsonaro's sons and firing the federal police chief for personal motives.

Moro's accusations triggered investigations into Bolsonaro's activities from Brazil's highest court, arrests of his allies and motions in Congress to impeach him.

Although Bolsonaro has enough support in Congress to fend off the threat of impeachment, the saga has dented his popularity, with 43 percent of Brazilians saying they disapprove of the government, according to the most recent poll.

Meanwhile, the virus shows no signs of abating. Brazil's death toll will surpass that of the US by mid-August, according to models prepared by the Institute for Health Metrics and Evaluation.

And on Monday, the World Health Organization (WHO) said there are "worrying increases" of coronavirus cases in Latin America - especially in Brazil, where the true number of infections and deaths is likely much higher than reported, amid low testing rates.

"There still are relatively low tests per population, and the positivity rates for testing are still quite high overall, WHO's top emergencies expert, Dr Mike Ryan, told an online briefing. "From that perspective, we would say that this trend is not reflective of exhaustive testing, but probably underestimating the actual number of cases."

Under pressure from Bolsonaro and amid public fatigue after months of loosely enforced lockdown orders, state governors began lifting restrictions on commerce and other economic activity early in June, fuelling fears that cases would continue to rise before a peak in infections.

But without a coherent national strategy to confront the pandemic and without sufficient access to federal assistance, experts say state governors were largely left on their own to impose uncoordinated lockdown restrictions. Bolsonaro's cavalier attitude towards the virus further eroded compliance with the measures by the general public.

"Among Latin American countries, Brazil is the one country with the most state capacity - especially on health and social policies," said Miguel Lago, executive director of the Institute for Health Policy Studies.

"And yet it is the one country that did the worst job in containing the curve and is the champion of death tolls in our region," Lago told Al Jazeera. "This is directly linked to the incompetence and short-minded political strategy that our president and his government have adopted."

Observers say that since the coronavirus arrived in Brazil in late February, Bolsonaro never wavered from his view that keeping the country's economy running was paramount even when he alienated his own allies - a decision that could continue to drive up fatalities, and have significant political costs.

"Bolsonaro is a man of very strong convictions and he hardly ever changes his mind," said Thiago de Aragao, director of strategy at Arko Advice.

"He believes that the route that the economy was taking before the pandemic was going to lead to growth this year and next year, which would be the basis for his re-election campaign," de Aragao told Al Jazeera.

With re-election still over two years away and responsibility for lockdowns squarely on local leaders, de Aragao says Bolsonaro is hoping he could avoid taking responsibility for the deteriorating economy, which the International Monetary Fund on Wednesday projected could shrink by 9.1 percent this year.

Meanwhile, cases and deaths are continuing to grow, particularly inland and in rural areas that were spared early on, and Bolsonaro continues to go maskless to demonstrations, shaking hands with supporters and posing for pictures with children.

"Bolsonaro feels that changing his conviction suggests weakness," de Aragao said, "a position which makes him hostage to his own initial opinion." 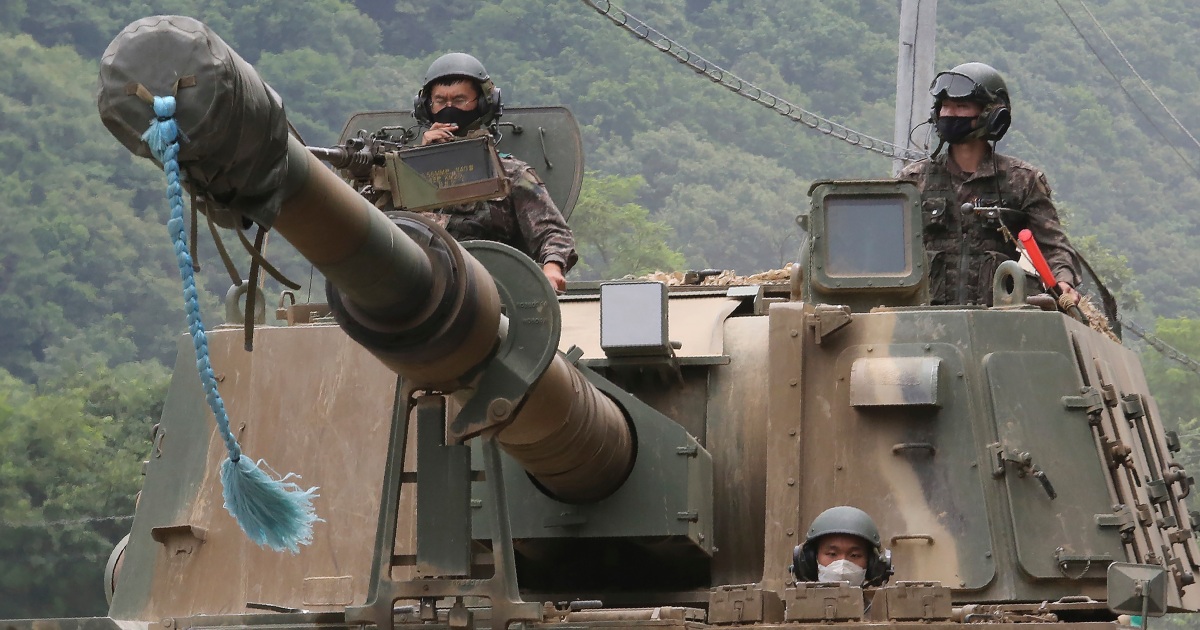