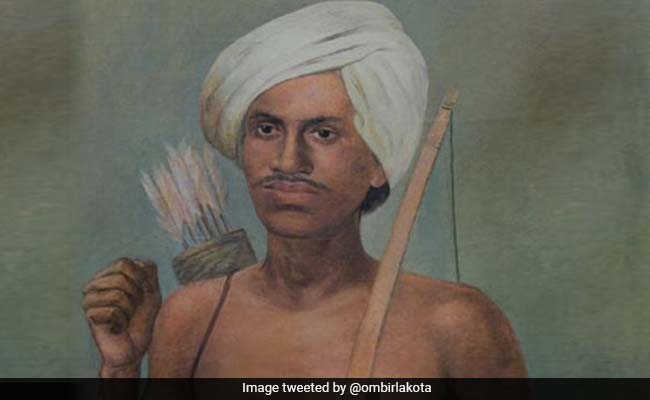 Birsa Munda: Remembering the tribal leader on his death anniversary

Birsa Munda, a freedom fighter in the late nineteenth century, is being remembered on his death anniversary today. A fearless young man from the Munda tribe, Birsa Munda spearheaded a revolt against the British in areas now bordering Bengal, Bihar and Jharkhand.

Lok Sabha Speaker Om Birla was among the first to pay tribute. "Humble tribute to the revered messiah of toiling masses, freedom fighter and tribal leader Birsa Munda ji on his death anniversary...," he wrote on Twitter.

CPI-M leader Mohammad Salim said, "Remembering freedom fighter Birsa Munda, who bravely fought against the tyranny of the colonial rule...he set the foundation for the importance of Jal (water), Jangal (forests) and Jameen (land) among the tribal fraternity."

Remembering freedom fighter #BirsaMunda who fought bravely against the tyranny of the colonial rule. He spearheaded the tribal movement in Chhota Nagpur plateau and set the foundation for the importance of Jal, Jungle & Jameen among the tribal fraternity. pic.twitter.com/dHjH9MtSpa

Birsa Munda was born and grew up in the tribal belt in the Chhotanagpur Plateau. He started fighting for tribal rights just a teenager. Birsa Munda studied in a German Mission School but he dropped out in a few years.

On witnessing the tyranny of colonial rulers, Birsa Munda started his own sect called 'Birsait'. Many among the Munda and Oraon tribes are known to have joined his sect and his movement.

As his awareness grew of British atrocities, Birsa Munda also participated in anti-missionary and anti-establishment activities between 1886 and 1890 in Chaibasa. He was arrested by the British police on March 3, 1900. Birsa Munda died young, at 25, in Ranchi jail on June 9 the same year. Jharkhand was carved out of Bihar on his birth anniversary on November 15, 2000.