Billionaire Brothers Among Many Of Indian-Origin On Queen's Honours List 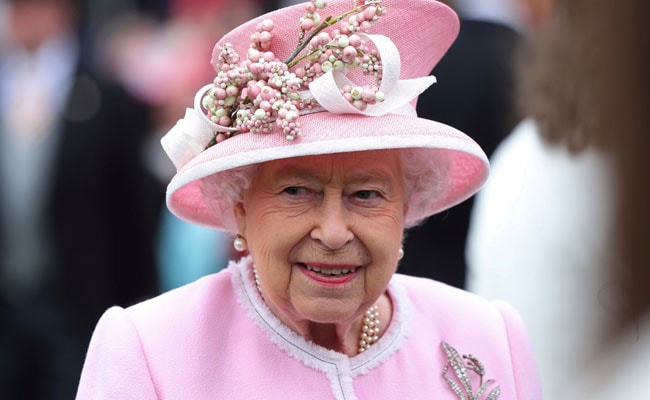 A pair of Indian-origin billionaire brothers, a leading Oxford University academic and a septuagenarian fundraiser fondly referred to as the Skipping Sikh, lead the "most ethnically diverse" Queen's Birthday Honours List released today.

Zuber and Mohsin Issa, who recently hit the headlines with their multi-million-pound acquisition of the UK's supermarket chain Asda, have both been honoured with CBEs for services to business and charity.

The brothers from Blackburn, whose parents moved to the UK from Gujarat in the 1970s, own the Euro Garages chain of petrol stations as part of their EG Group business.

They are joined by Yadvinder Singh Malhi, Professor of Ecosystem Science at the University of Oxford, who receives a CBE (Commander of the Most Excellent Order of the British Empire) for his services to ecosystem science. Mr Malhi had been appointed Trustee of the Natural History Museum in London earlier this year.

British Indians honoured with an OBE (Officer of the Most Excellent Order of the British Empire) include Nilay Shah, Professor of Chemical Engineering at Imperial College London for services to the decarbonisation of the UK economy, and Dr Sanjiv Nichani, Founder and Chief Executive Officer of Healing Little Hearts for services to medicine and charity.

The list, which had been deferred from its usual early June release to consider nominations of people playing crucial roles during the first months of the COVID-19 pandemic, includes numerous British Indians under this category led by Rajinder Singh Harzall.

The 74-year-old Skipping Sikh receives an MBE (Member of the Order of the British Empire) for his inspirational health and fitness videos during lockdown. Harzall, who has raised nearly 14,000 pounds for the National Health Service (NHS), is joined by Lavina Mehta, who also receives an MBE for services to health and fitness during COVID-19 for her work encouraging people to stay active during the lockdown.

"The hard work and dedication of these local, often unsung heroes has helped carry us through," UK Prime Minister Boris Johnson said.

Among other community heroes celebrated for their work during lockdown is Sandeep Singh Daheley, who receives his MBE for taking the initiative to create an online portal for prayers whilst gurdwaras were closed, to keep the community spirit alive for British Sikhs.

Among MBE recipients recognised for their wider community work are Manjit Kaur Gill, founder of Binti, for services to the provision of menstrual products to women in developing countries, the UK and the US; dance teacher Pushkala Gopal for services to South Asian dance; Vasant Patel, Senior Policy Officer at the Department for Education, for services to adopted children and their families; and Baljeet Kaur Sandhu, founder of the Centre for Knowledge Equity, for services to equality and civil society.

The honours list, which is traditionally published to coincide with the 94-year-old British monarch's official birthday celebrations in early June, showcases 414 exceptional contributions of unsung heroes in all four nations of the United Kingdom in response to the COVID-19 pandemic.

These recipients include Sir Captain Tom Moore, the World War II veteran who also served in India and became a hero earlier this year with his achievement of raising millions of pounds for the NHS by doing laps around his own garden using a walking frame.

However, the majority of the list, dubbed a "bumper list" this year for making up 1,495 honours, was compiled before the ongoing pandemic and 72 per cent go to those who have worked tirelessly for their local community.

The UK Cabinet Office, in charge of compiling the list, said it reflects the huge voluntary effort across the country in response to COVID-19, with recipients cumulatively supplying millions of free meals and clocking up countless voluntary hours to support those at risk.

It described it as the most ethnically diverse list to date , with 13 per cent of recipients from a minority ethnic background.

Sir Philip Barton, former British High Commissioner to India and now the Permanent Under Secretary at the Foreign, Commonwealth and Development Office and Head of the Diplomatic Service, said: I congratulate everyone receiving an honour and thank them for their hard work and years of service.

"The UK's impact around the world depends on exceptional people like those recognised in this year's Queen's Birthday Honours. We are grateful for their outstanding contribution .

Well-known British broadcaster and natural historian Sir David Attenborough receives the high honour of a Knight Grand Cross (GCMG) in the Order of St Michael and Saint George for his exceptional and sustained international contribution to broadcasting, natural history and the environment.

English actor David Suchet, best known for playing Agatha Christie's detective Hercule Poirot on screen, is honoured with a Knighthood for his services to the arts.

The Cabinet Office said that healthcare and social care workers make up 14 per cent of the list this year, for contributions as diverse as setting up the COVID-19 hospitals to delivering medical care on the frontline, and 740 women are recognised in the list, representing 49 per cent of the total.