Bill to give Washington, DC statehood gets historic US vote

For the first time in US history, a chamber of the United States Congress is expected to vote on Friday to give Washington, DC statehood - a move towards fuller voting rights for the city's majority Black population.

"Across the United States today, Americans are taking down the remnants of the Confederacy as symbols of inequality, just as the House of Representatives is raising up in our nation's capital to ensure equality for its citizens," said Eleanor Holmes Norton, who is Washington's non-voting delegate to the Congress.

Norton, 83, has represented the District of Columbia in the US Congress since 1991. Norton cannot vote on legislation in the House but otherwise enjoys the privileges of a member of Congress. DC has no US senators.

"My life as a third generation Washingtonian has marched toward this milestone," Norton said at a news conference at the US Capitol on Thursday.

The DC statehood bill has 226 co-sponsors, more than enough to pass the House. But Republicans in the Senate oppose the measure, making Friday's vote symbolic.

Recent events in Washington, DC prompted House Democratic leadership to bring the DC statehood bill to a vote. In April, Republicans in the US Senate shorted the city $755m when the Congress doled out emergency funding for the coronavirus fight.

More recently, city residents and local leaders were outraged when federal law enforcement violently cleared protesters from Lafayette Square, a public park near the White House, and President Donald Trump called up military troops to be on standby at bases just outside the city. 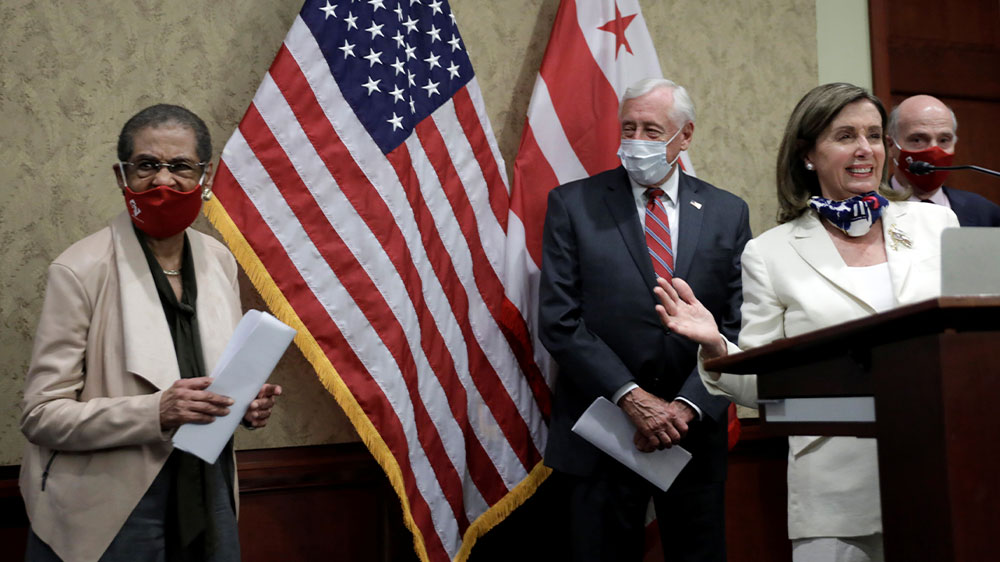 If Washington, DC were a state "its residents would be protected from the kind of civil rights violations we saw in Lafayette Square", said Representative Steny Hoyer, the number two Democrat in the House.

"This [is] not just an issue of local governance and fairness. It is a major civil rights issue as well. We must bring to an end the disenfranchisement of 711,000 American citizens," Hoyer said.

Statehood is the only way to recognise the full voting rights of DC residents and bringing the bill to the House for a vote now is a way "to show respect to the citizens" of DC who have been denied the right to representation in Congress for two centuries, Hoyer said.

In 2016, 86 percent of DC voters said "yes" to a referendum authorising the City Council to petition Congress for statehood. 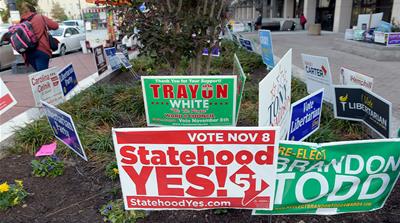 Signs supporting DC statehood are on display outside a voting place in Washington, DC in 2016 when residents voted to become the US's 51st state [File: Susan Walsh/AP Photo]

The bill is unlikely to become law unless Democrats gain a majority in the Senate in the upcoming November election. Even then, it would face an uphill climb requiring support from Republicans.

"They want to make Washington [DC] a state to rig the rules of our democracy and try to give the Democratic Party permanent power," Senator Tom Cotton told NBC News on Thursday.

In May, President Trump told the New York Post newspaper: "DC will never be a state. Why? So we can have two more Democratic - Democrat senators and five more congressmen? No, thank you. That'll never happen."

The balance of power between Republicans and Democrats in the Senate is a point of discontent. While Republicans hold a 53-47 majority, they represent fewer Americans than do Senate Democrats.

Tomorrow there will be a historic vote on #DCStatehood in the House. It’s unacceptable that 700,000+ Americans in the capital of our democracy—63% of whom are people of color—have no voting representation in Congress. We must forever end this injustice: DC statehood now!

The District of Columbia is comprised of 10 square miles (26sq km) of land ceded to the federal government by the state of Maryland in 1788. At the time, the US government was still in formation. George Washington was not yet installed as the first president in 1789. The city of Washington was an undeveloped swamp.

The US constitution mandates that a federal district serve as the seat of government that falls under the jurisdiction of Congress. The bill would shrink that district to encompass a smaller area to include the US Capitol, the national mall and a number of federal buildings, the rest of the land would become a state.

The Washington metropolitan area, including adjacent cities and suburbs of Virginia and Maryland, is now the sixth-largest metro area in the US with a population of more than six million.

With 711,000 residents, DC has a greater population than two states, Vermont and Wyoming. North Dakota and Alaska are similar in population.

The last time new states were admitted to the union was Hawaii and Alaska in 1959. Washington, DC residents received the right to vote for the president in 1961 and DC carries three votes in the US Electoral College which determines the winner of presidential elections. 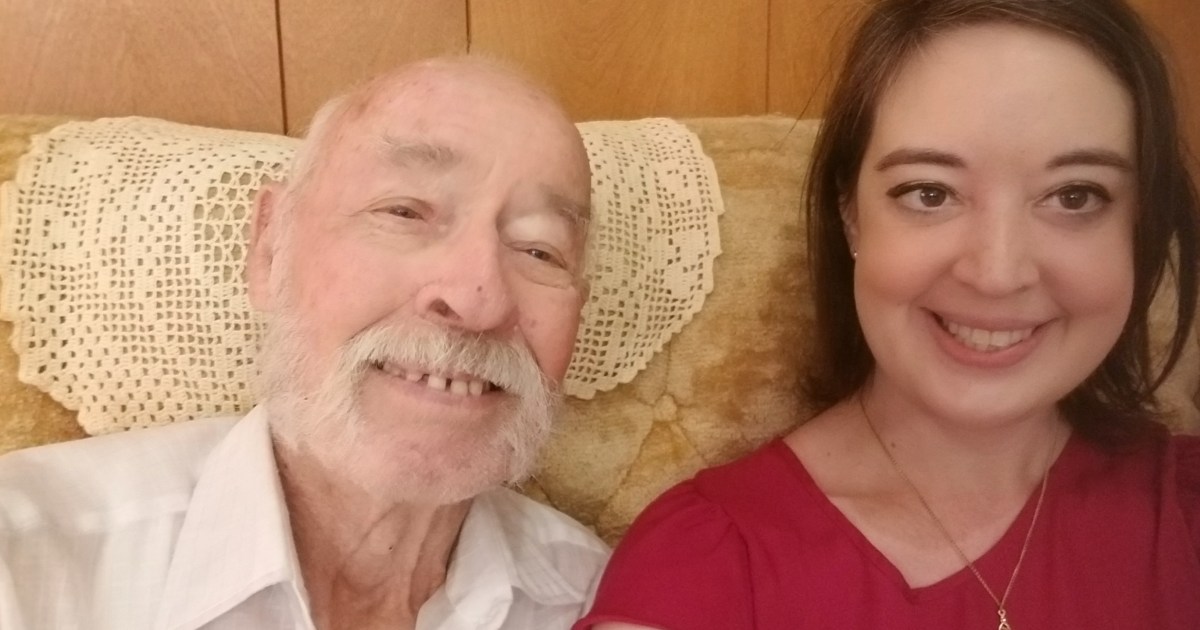 The odd friends: The young liberal and the elderly conservative