Team that made the first winter summit of the world’s second tallest peak returns home to a heroes’ welcome.

A team of Nepali climbers that made the first winter summit of K2, the world’s second tallest peak, has returned to a heroes’ welcome from crowds of well-wishers. 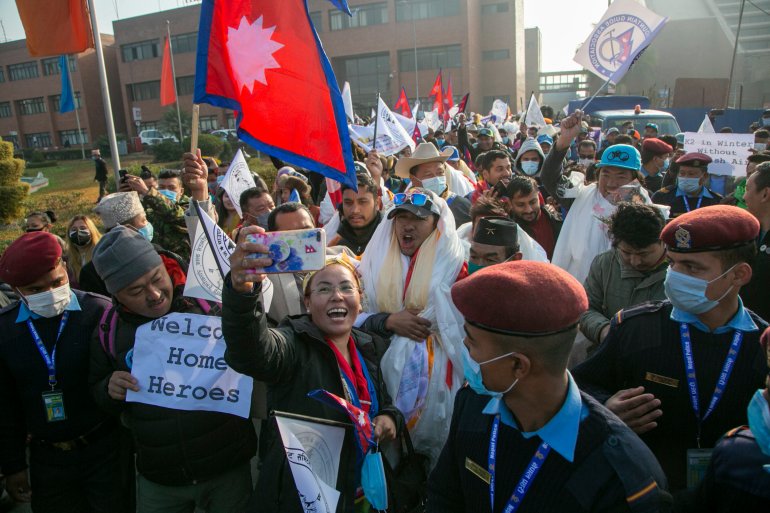 A Nepalese woman takes selfie with the all-Nepalese mountaineering team at Tribhuwan International Airport in Kathmandu [Niranjan Shrestha/AP]The mountain, which straddles the Pakistan-China border, was first climbed in 1954 but had never been summitted in the winter.

“We succeeded in our effort because we worked as a team,” Nirmal Purja, the team’s leader, said at a public function to welcome them back.

“If we unite we conquer… if we are divided we fall,” he added.

He said the K2 ascent was a huge achievement for all climbers to celebrate. “It is bigger than winning the World Cup.” 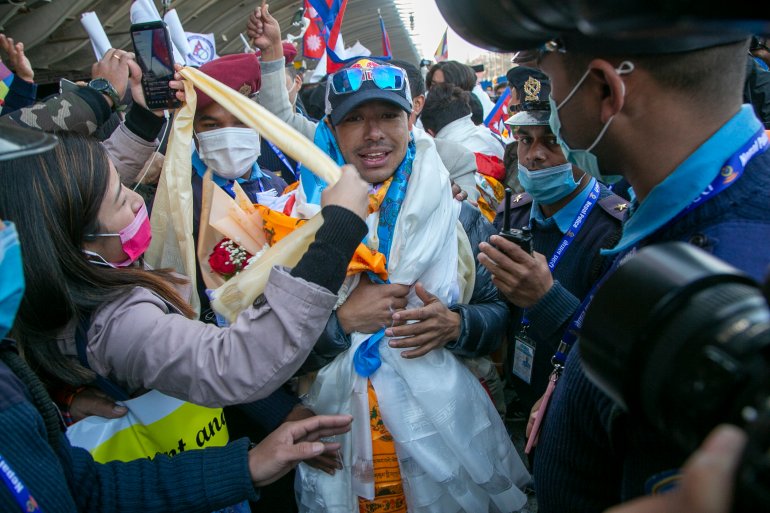 Nirmal Purja receives a scarf from a fan at Tribhuwan International Airport in Kathmandu [Niranjan Shrestha/AP]Purja, 37, also holds the record of climbing the world’s 14 highest mountains in the shortest time of six months and one week.

Fans and families placed colourful Buddhist prayer scarves on the climbers’ shoulders on their arrival at Nepal’s international airport in Kathmandu.

“With the success, we made our country proud, even by risking our own lives,” Purja told reporters at the airport before they were driven around the temple-studded city in an open truck.

All except one of the group are Sherpas, an ethnic group known for their climbing skills.