Biden: ‘We will stand with Ukraine’ against Russia on Crimea

Seven years after Russia annexed Crimea, Biden says the US will ‘never recognise’ the move.

US President Joe Biden has said it’s a “simple truth” that “Crimea is Ukraine” and promised the United States “will never recognise Russia’s purported annexation of the peninsula”.

Russia’s actions on February 26, 2014 violated international law and “the sovereignty and territorial integrity of its neighbor Ukraine when it invaded Crimea”, Biden said in a statement on Friday.

Seven years ago, Russia sent troops into Ukraine in violation of the 1995 Black Sea agreement, seized ships from Ukraine’s navy and surrounded and took over military bases.

As the Russian military controlled the peninsula, a political status referendum was held on March 16, 2014 in which an overwhelming majority of voters – 96.7 percent – voted to rejoin Russia, a move Western leaders declared illegal. 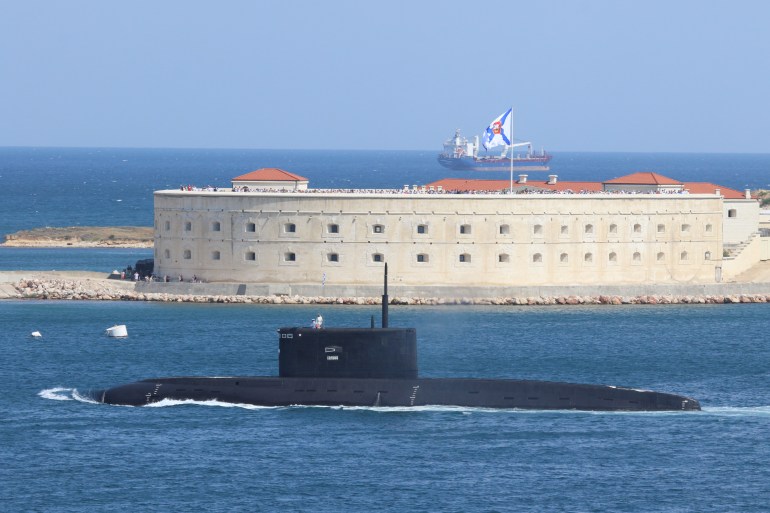 The Russian Navy’s improved kilo-class submarine, Kolpino, sails during the Navy Day parade in the Black Sea port of Sevastopol, Crimea on July 26, 2020 [Alexey Pavlishak/Reuters]The annexation of Crimea instigated the most serious rift between Washington and Moscow since the Cold War.

Mike Pompeo, the former Secretary of State under Donald Trump, said the US would not recognise Russia’s annexation of Ukraine. It is unknown publicly what Trump said in personal meetings with Putin, and it was widely reported that he told G7 leaders in Quebec, Canada in 2018 that Crimea is Russian because everyone speaks Russian there.

Trump blamed Obama for the annexation because Obama failed to prevent it.