The journalist Martin Bashir is "seriously unwell" with coronavirus-linked complications, the BBC has confirmed.

The BBC News religion editor, 57, is notable for his high-profile interviews in the past, with the likes of Diana, Princess of Wales and the television presenter Michael Barrymore.

A statement from the corporation said: "We are sorry to say that Martin is seriously unwell with COVID-19 related complications. 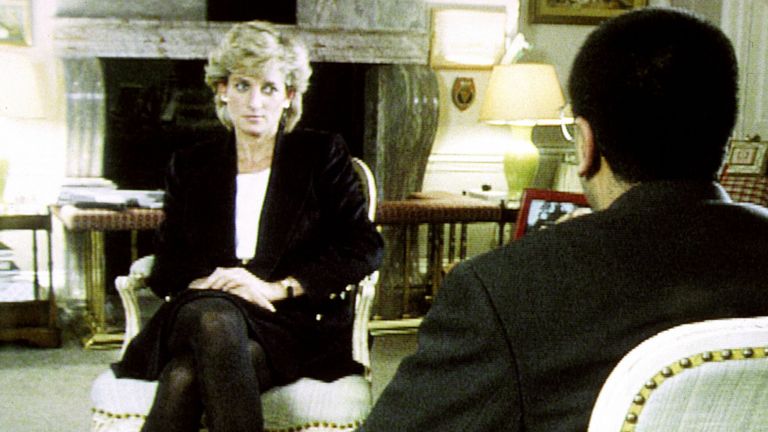 Image: Bashir shot to notoriety for his interview with Princess Diana in 1995

"Everyone at the BBC is wishing him a full recovery.

"We'd ask that his privacy, and that of his family, is respected at this time."

Bashir started his career as a journalist in 1986, but shot to fame after interviewing Diana in 1995 for the BBC's Panorama programme.

His other high-profile work includes speaking to the suspects in the Stephen Lawrence murder case, the author Jeffrey Archer and Major Charles Ingram - who was convicted of cheating on Who Wants to Be a Millionaire?.

He spent time working for ABC and MSNBC in the US, before returning to the BBC as religion editor.

Last year he competed in the celebrity spin-off of X Factor, where he was voted off after week three.