Banksy has released a video of him spray painting masked rats on the London Underground in his latest commentary on the coronavirus pandemic.

In the clip, entitled "London Underground undergoes deep clean", a man wearing a full protective suit, plus goggles, gloves and a face mask, goes through a Tube ticket gate and can be seen preparing a spray paint pump.

The man, assumed to be the elusive street artist from Bristol, then boards a Circle line train and uses a stencil to paint a rat that appears to be coughing on the inside of the train in-between two windows. 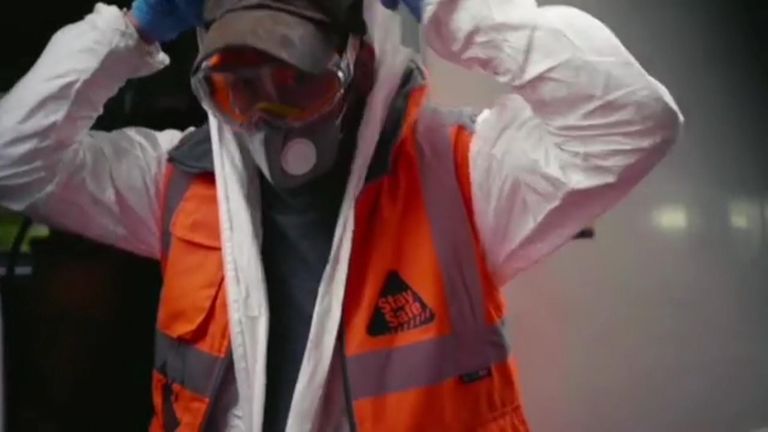 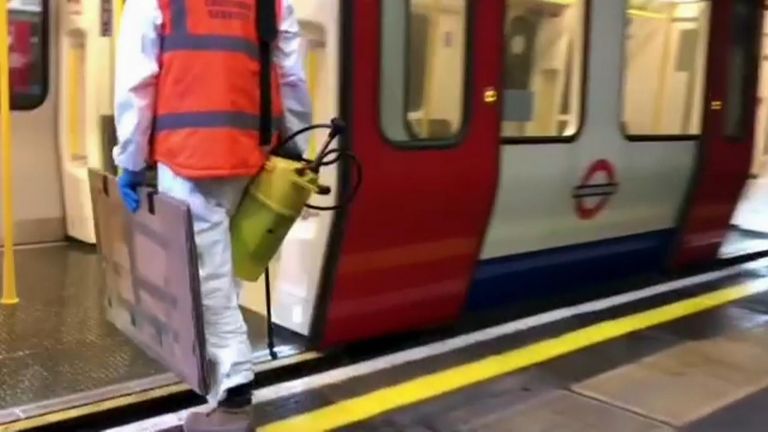 Image: Banksy can be seen getting onto the Tube with a spray paint pump. Pic: Banksy

As the Tube tannoy announces the train is approaching Baker Street, Banksy asks a passenger to move down the carriage as he spray paints another rat using a surgical mask as a parachute.

The camera then pans towards another image he has painted on the wall just above a seat - this time of a rat almost completely covered by a face mask.

Another rodent appearing to dangle from a rail holding a bottle of hand sanitiser is then seen, as he spray paints the word "Banksy" below it and a curious passenger looks on.

Banksy is then seen walking up the stairs inside Euston Square station, and the wall has "get lockdown" scrawled on it as the train doors close.

The doors have "I get up again" painted on them, along with two more rats, as the video draws to a close while the Chumbawamba song Tubthumping plays: "I get knocked down but I get up again."

Posted to Banksy's official Instagram, the video is accompanied by the caption: "If you don't mask - you don't get." 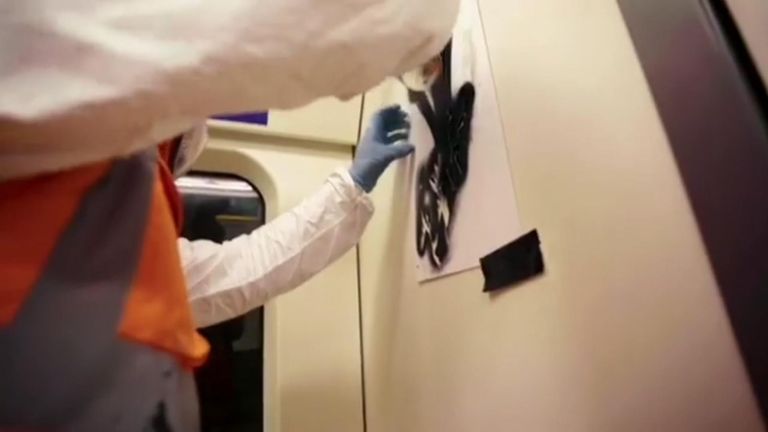 Image: The artist used stencils to quickly spray paint a rat using a face mask as a parachute onto the Tube. Pic: Banksy

The piece comes less than 24 hours after Prime Minister Boris Johnson announced everyone in England will have to wear face coverings in shops and supermarkets from 24 July, or face fines.

Since 15 June, people in England have had to wear some form of face covering on public transport. 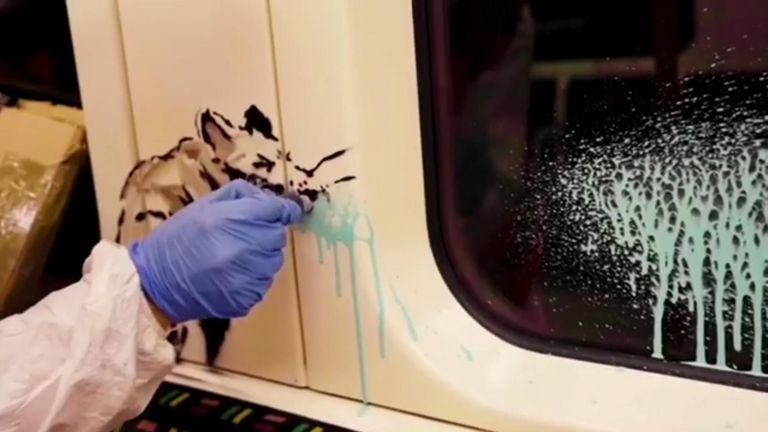 The artwork is not Banksy's first commentary on the coronavirus pandemic, having published a series of pictures in April showing rats causing mayhem in a bathroom with the caption: "My wife hates it when I work from home."

And in May, he drew a piece showing a boy holding up a nurse doll wearing a superhero cape, while Spider-Man and Batman figurines can be seen in a bin. 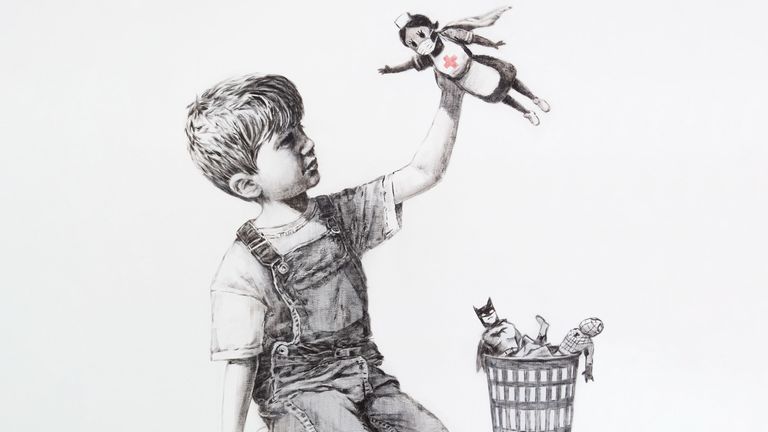 The piece celebrating NHS workers, called Game Changer, was unusual in that it was framed and presented to Southampton General Hospital - where it is on display.

Banksy left a note for hospital workers that said: "Thanks for all you're doing. I hope this brightens the place up a bit, even if it's only black and white."