It was last September, while traveling for fashion month, when Babba C. Rivera first had the idea for Ceremonia, her new clean hair-care brand built on her Latinx heritage.

"I was reminded, once again, that I am often the only Latinx represented in these settings, and how extremely overlooked Hispanics are despite being the biggest minority in the U.S.," explains Rivera, who is also the the founder of the brand marketing agency bybabba. After the initial spark, Rivera did some research and was "fired up" by what she found: Hispanics spend 46% more on hair-care products than non-Hispanics, and are one of the youngest demographics in this country with purchasing power steadily rising. "It became so incredibly clear to me that this is the time to do something big in this category, and it fills me with purpose to know I’m potentially paving the way for many future Latinx-founded businesses to follow suit," says Rivera.

Ceremonia, which translates to "ceremony" in Spanish, is inspired by the Latinx traditions and rituals Rivera grew up with. Rivera's father was a hairdresser in Chile, and although he couldn't find work in her home country of Sweden due to the language barrier, he would cut friends' and family members' hair in their living room, as well as spend hours at a time braiding his daughter’s hair. Her mother was similarly passionate about beauty; she and Rivera would spend quality time together brushing their hair and putting on hair treatments.

"My mother and father never talked to me about beauty as something superficial—to us, it was a way of taking care of yourself, for no one but yourself," explains Rivera. "As a result, I never really saw the appeal of pure styling products or makeup. I’ve always been much more interested in nourishing products that make my skin and hair better." Rivera views Ceremonia as a means of enhancing one’s natural beauty through nourishing formulas that make hair healthier. "I like to think of it as hair wellness," she says.

The line's debut product is Aceite de Moska, a scalp oil inspired by a tried-and-true treatment originating in the Dominican Republic that restores and conditions the scalp for softer, stronger, and thicker hair. "Anyone can use it and it works with any existing hair routine you already practice," says Rivera of the flake-fighting Brazillian pataua oil, soothing aloe vera, and follicle nourishing castor oil. "It’s a simple add-on that works wonders." Like its initial offering, forthcoming Ceremonia launches will also be formulated with natural ingredients primarily sourced from Latin America and in adherence with the EU's standard ingredient list, which bans over 1,600 harmful and potentially toxic ingredients. As a new mother, Rivera (who gave birth to her first child, daughter Alma, last week) believes that taking a healthy, inside-out approach to hair care is essential.

"If you’re successful with your skin care routine, you won’t have the need to mask your face with makeup that doesn’t do anything for your skin," says Rivera. "I believe the same to be true for hair. By nourishing our strands from within, we unlock our best hair days without the dependence for toxic styling practices that ultimately only damages our hair." 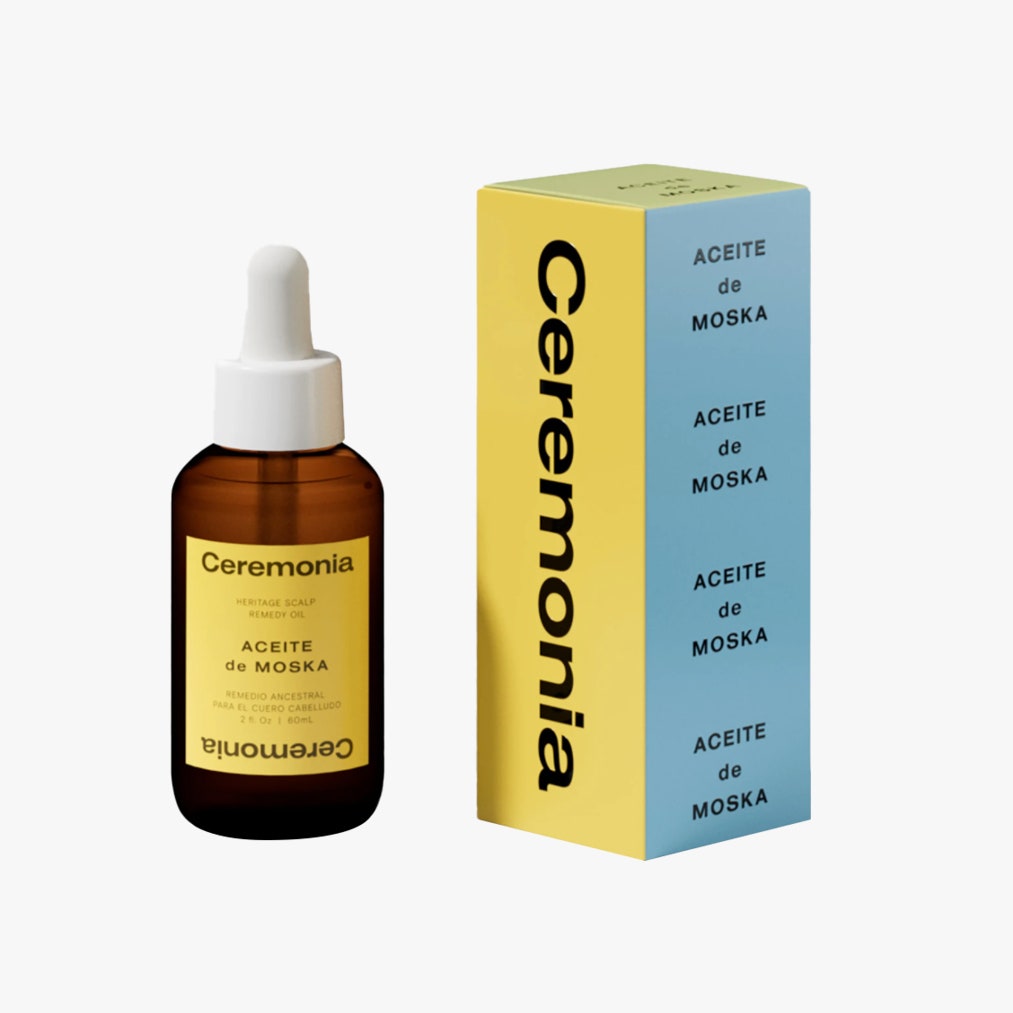