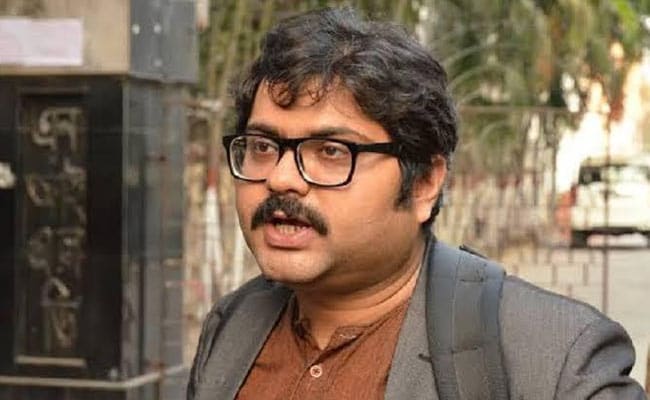 Garga Chatterjee had been in the news for his outspoken views on non-Bengalis.

A Kolkata-based political commentator, Garga Chatterjee, who describes himself as a 'Bengali nationalist', is in trouble for allegedly insulting Sukapha, the first 'Ahom' king of Assam.

In a tweet on Wednesday, Mr Chatterjee questioned Mr Sonowal for celebrating Asom Day, which honours legacy of Sukapha. A police complaint on the tweet was filed on Thursday and alleges Mr Chatterjee "indirectly targeted" the Ahom community as well as the greater Assamese society with "blatant accusation of being Chinese invaders".

"These tweets coming in the wake of tense border standoff in Ladakh and general antagonism against China government at large might lead to targeting of Assamese people in rest of India," the police complaint filed by a Doctor-activist from Dibrugarh Bhaskar Papukon Gogoi, also a BJP supporter, stated.

Mr Chatterjee had been in the news for his outspoken views on non-Bengalis. On June 14, Mr Chatterjee had called for expelling illegal Nepalis, alleging, "Nepal wanted to conquer parts of India".

The state government in an official statement has added that Mr Chatterjee had made objectionable comments on social media on the "architect of the greater Assam" Sukapha and the Ahom community and hence the chief minister directed Guwahati Police to immediately register a case.

"We have already registered a case against him and our team is will reach Kolkata on Friday night to arrest Chatterjee" Guwahati Police Commissioner MP Gupta told NDTV.