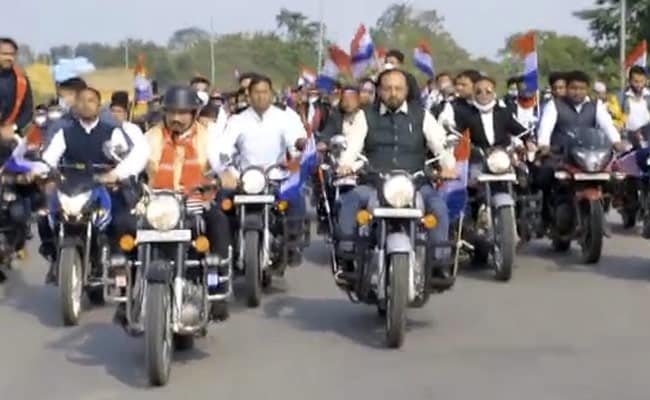 The BJP is contesting in alliance with Asom Gana Parishad and United People's Party Liberal. (File)

Assam's Asom Gana Parishad party released its poll manifesto for the upcoming state assembly poll today promising implementation of Assam Accord and its Clause 6 to protect the rights of the indigenous people.

The AGP manifesto like that of BJP, its major partner in the NDA, is completely silent on the issue of Citizenship (Amendment) Act.

The manifesto, which was released by Rajya Sabha MP Birendra Prasad Baishya, termed the foreigners' issue as the main problem of the state. The Accord was signed to solve this problem and AGP was born for its successful implementation, the manifesto said.

Polling for the 126-seat Assam Assembly will be held in three phases from March 27. The counting will be taken up on May 2.

"Full implementation of Assam Accord is our party's first and main aim and duty. We are committed to the safeguard of political, economic, social and cultural rights of indigenous people as per the Clause 6 of Assam Accord," the manifesto said.

As per Clause 6 of the Assamm Accord, constitutional, legislative and administrative safeguards, as may be appropriate shall be provided to protect, preserve and promote the culture, social, linguistic identity and heritage of the Assamese people.

The party promised to enact a law to free agricultural land from illegal immigrants and sought to implement the suggestions by the committee for protection of indigenous land.

It said unemployment is a burning problem of the state and promised to create job opportunities but refrained from giving any figure on the number of jobs to be generated.

The BJP is contesting this election in alliance with AGP and United People's Party Liberal who are part of the North East Democratic Alliance which is the regional arm of NDA.