Asked To Pay, UP Cops Frame Dhaba Owner, 9 Others In 'Fake Encounter' 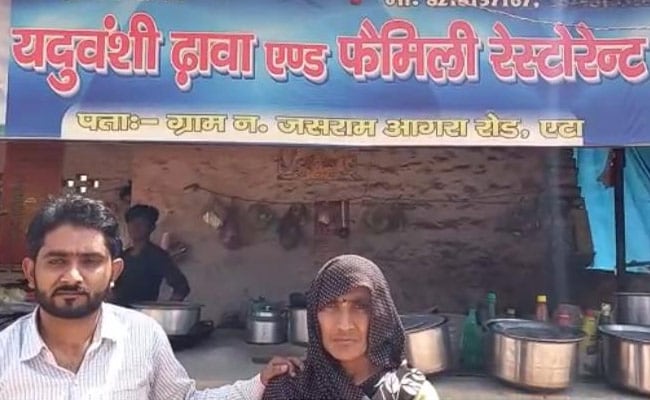 The dhaba owner, and 9 others, were allegedly arrested because they asked the cops to pay their bill

A police inspector and at least two constables have been suspended in Uttar Pradesh's Etah district for allegedly arresting a dhaba owner and nine others after a fake encounter, and then sending them to jail while claiming to have recovered illicit liquor and cannabis from them.

All this was after the dhaba owner reportedly asked two policemen from their 'thana', who were eating at his restaurant, to pay for the food they had consumed.

Police action against their accused colleagues comes over 40 days after the incident took place, and only after senior officials got to know of the matter and ordered an inquiry.

The dhaba owner and the others - customers who reportedly intervened on his behalf - were "arrested" on February 4.

A detailed press note released that day, which NDTV has reviewed, says the men were trying to smuggle alcohol and drugs and arrested after an "encounter" at night.

The police press note further said that six country-made revolvers, 12 live cartridges, two kg of ganja and 80 litres of illicit liquor were recovered from the men.

But the dhaba owner's brother says something very different played out on that day.

"On February 4, at 2 pm, some policemen were eating food at my dhaba. My brother was there... I was at home. These cops had an argument with my brother over paying for the food. They were regulars (but) never paid for their food. Sometimes they used to pay Rs 100 when they had, in fact, eaten food worth four times that amount," Praveen Kumar, the brother, told media persons. "These people were drunk... they beat up my brother, and abused and threated him. They went away saying there would be retaliation. Later two police jeeps came to my dhaba and took everyone, including my brother and customers who intervened on his behalf, to the police station. They foisted cases... saying illicit liquor had been recovered from my brother," he added.

Mr Kumar said the police claimed his brother and the others were arrested after an "encounter".

"They even said my brother fired six rounds from a country-made revolver at them...They had picked up 11 people, let off one and the rest are in jail," he said.

Etah police posted a statement on Twitter today, in which a senior area official said the allegations against the suspended cops, prima facie, were true.

"Serious allegations were made against the then in-charge of the Kotwali Dehat Police Station. I asked the SP (Crime) of Etah to inquire and, prima facia, the allegations are being proved," Rajeev Krishna, an Additional DGP-rank officer in charge of the zone for Etah Police, said in the statement.

"I have ordered the suspension of the involved personnel and anyone from the police found involved will be booked. The inquiry has been shifted out of Etah to Aligarh to ensure fairness," he added.