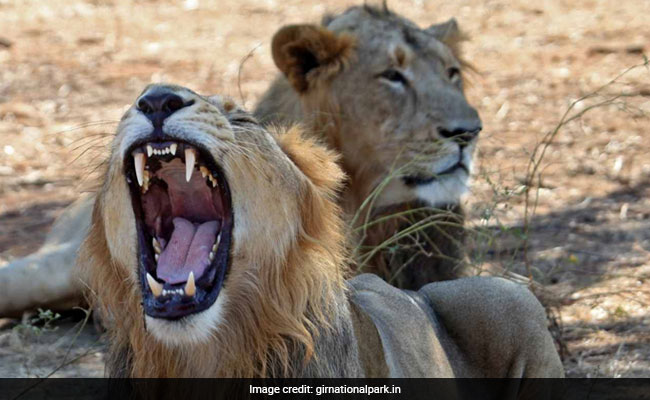 The number of Asiatic lions in the Gir forest region has increased to 674 in 2020.

Union Environment Minister Prakash Javadekar on Wednesday said it was "conservation success" after the Gujarat government announced that the population of Asiatic lions has gone up by 29 per cent in the Gir forests.

"Asiatic Lion roars louder. Happy to note that the population of the majestic Lion increased by almost 29% and distribution area is up by 36%. Multiple strategies, interventions and community participation, major contributors to the current conservation success of the Indian lions," Mr Javadekar tweeted.

Earlier in the day, Prime Minister Narendra Modi shared the news by tweeting, "Two very good news: Population of the majestic Asiatic Lion, living in Gujarat''s Gir Forest, is up by almost 29%. Geographically, the distribution area is up by 36%. Kudos to the people of Gujarat and all those whose efforts have led to this excellent feat."

As per the figures released by the state, the number of Asiatic lions in the Gir forest region has increased to 674 in 2020 from 523 in 2015. In the report, the state chief wildlife warden said the Gujarat forest department carried out a "population estimation exercise"'' on the night of June 5 and 6 when there was full moon.

The exercise was undertaken as the five yearly census could not be carried out in May due to the coronavirus outbreak and lockdown, it said.

The "Poonam Avlokan (full-moon night estimation exercise)" showed that the lions' population had reached 674, a 28.87 per cent increase, the official release said, adding that it was the highest growth recorded so far.