San Francisco, California, United States – It’s 8:45am and Sakhone Lasaphangthong is walking through Oakland’s Chinatown district, waving hello to business owners opening up shop and greeting locals on their way to work.

Five days a week, Sakhone drives more than 80 miles (128km) from his Sacramento home for a 6-9am shift as a community ambassador. Even before he starts his day job as director of housing for a local nonprofit, Sakhone checks in with merchants, escorts older residents on errands, and sweeps the streets.

The Chinatown Community Ambassadors programme is not new; it was established in 2017 by local groups to provide added safety resources and services to the community that are culturally sensitive.

But Sakhone, a refugee originally from Laos, says it has become increasingly important to Oakland’s Asian-American residents following a year of attacks and racist graffiti on shop windows and walls.

“My job, especially right now, is to be hyper-vigilant, being aware of people coming here trying to do harm or looking for an easy victim,” the 45-year-old says.

Even before the recent attacks on three separate North Georgia massage businesses by a white gunman left eight people dead, including six Asian women, Asian Americans in the Bay Area, which encompasses Oakland and San Francisco, were feeling under threat.

More than 1.7 million Asian Americans live in the Bay Area, accounting for about a quarter of the region’s total population, and making it one of the largest Asian-American communities in the US.

Among the incidents so far this year in Oakland’s Chinatown, a 16 square-block area that is home to approximately 3,000 people, a 91-year-old man was shoved to the ground last month and hospitalised with serious injuries and a 52-year-old woman was seriously injured after she was shot in the head with a flare gun in January.

Charges of assault and battery and elder abuse were brought in the former case, and assault with a deadly weapon in the latter.

Some activists and politicians ascribe the anti-Asian violence to the rhetoric used by former US President Trump and others, blaming China for the COVID-19 pandemic and referring to the coronavirus as the “China virus”. 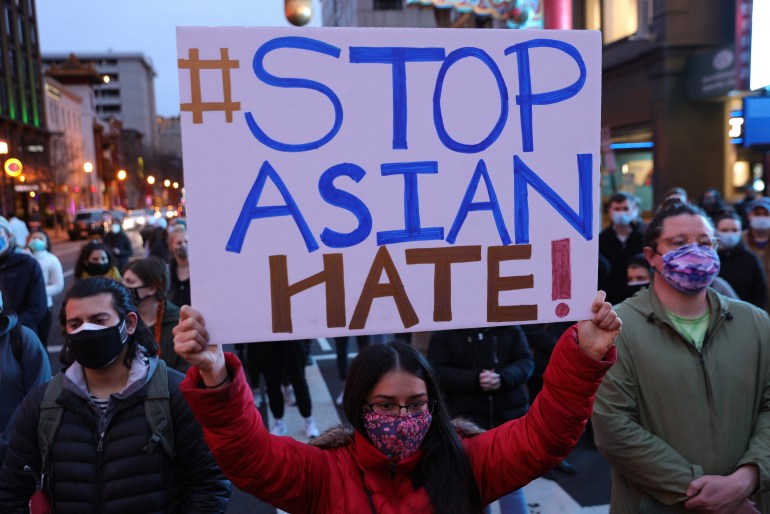 Activists participate in a vigil in response to the Atlanta spa shootings, March 17, 2021, in the Chinatown area of Washington, DC [Alex Wong/Getty Images via AFP]Since the pandemic began last year, thousands of Asian Americans and Pacific Islanders (AAPI) have experienced racist verbal abuse, physical attacks or microaggressions. According to a new report by a Bay Area-based monitoring group, Stop AAPI Hate, 3,795 incidents occurred nationwide between March 2020 and February 2021.

More than two-thirds of people were subjected to verbal harassment; one in five had experienced shunning – deliberate avoidance based on race. Women were also more than twice as likely to report hate incidents than men and many described being sexually harassed.

Oakland’s popular ambassador programme stems from a scheme for formerly incarcerated individuals like Sakhone, but lacks long-term funding. He is currently the only ambassador.

The Oakland Chinatown Coalition hopes to remedy that by next year by making it part of a Community Benefits District, which levies additional taxes on local property owners to fund improvements to their neighbourhood.

Meanwhile, several volunteer efforts have popped up during the past year in response to the hate attacks, particularly by younger Asian Americans. They include Compassion in Oakland, which currently has hundreds of volunteers who will chaperone anyone in Chinatown who requests help, as well as provide free translation or interpreting services. The group is also offering help to other cities interested in setting up a similar project.

Building trust is crucial to the success of these programmes, but challenges exist.

“I think there are a lot of challenges with language barriers between folks who are trying to help, and the people they’re trying to serve,” said Alvina Wong, campaign and organising director at the Asian Pacific Environmental Network in Oakland.

“I think the challenge is no one really knows who to trust. Everyone is just living in fear and anxiety,” she told Al Jazeera.

Wong said COVID-19 restrictions have curbed opportunities to build trust through community meetings and town halls, for example. “The digital divide is very real,” she says. “It is just so limiting because so many people can’t even get on Zoom, let alone be in a Zoom space with interpretation.”

One solution is working with community health partners to directly reach out to families who are survivors of violence and crime, she said. 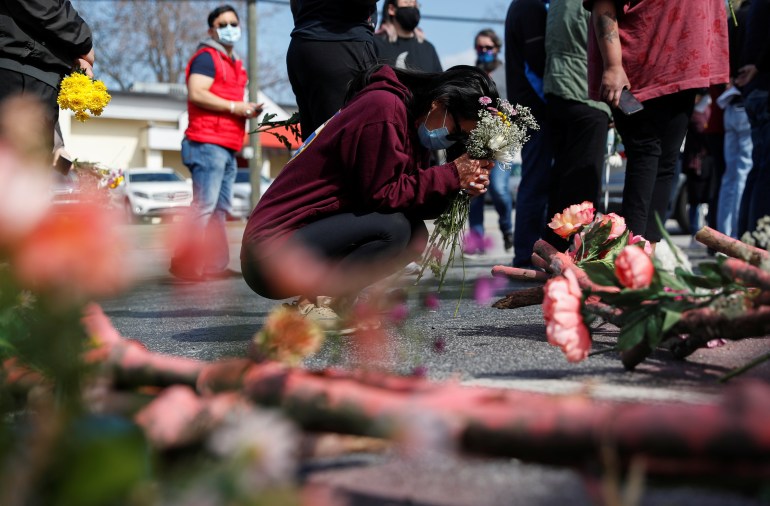 A woman prays during a vigil at a makeshift memorial outside the Gold Spa following the deadly shootings in Atlanta, March 21, 2021 [Shannon Stapleton/Reuters] Beyond policing

After the Atlanta attacks, San Francisco police last week bolstered patrols in neighbourhoods with high numbers of Asian-American residents, businesses and visitors, including Chinatown and the Sunset and Richmond districts.

But Lai Wa Wu, policy and alliance director with the Chinese Progressive Alliance (CPA) that organised an anti-hate crime vigil on Saturday in San Francisco, warned against relying on policing to address the problem.

“We understand that in moments of stress, people naturally will revert to solutions or systems that they feel they know,” she said.

“We also believe that policing cannot and is not the only solution to creating real safety for our communities. We need to understand what is the real culprit of inequities and harm. We need victim services that are culturally responsive. We need to have trained bystander intervention programmes. We need to more fully resource our communities.”

Instead, the group said assessing and addressing communities’ immediate needs should be the priority, which could include in-language support for mental health, legal, employment and immigration services. 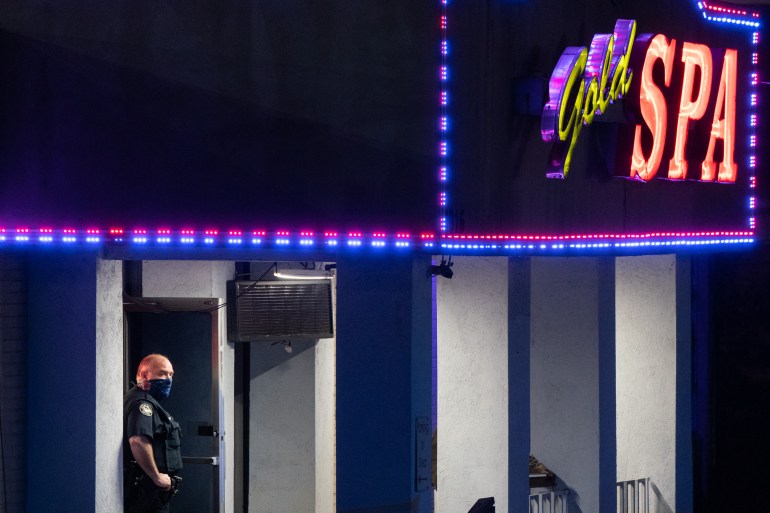 A police officer stands outside a massage parlour where three people were shot and killed on March 16, 2021 [Elijah Nouvelage/AFP] Government responses

Meanwhile, various levels of government have sought to address the problem.

The district attorney’s office in Alameda County, which is home to Oakland, has set up a special response unit focused on anti-Asian crimes, particularly against elders. The unit includes prosecutors and members of the Oakland Asian community who can speak to victims in their native languages; all are fluent in Cantonese and Mandarin.

California state legislator David Chiu introduced a bill last month that would require the California Department of Justice (DOJ) to establish a toll-free hotline, as well as an online reporting system, to report hate crimes and hate incidents. Similar hotlines have been established in other states and parts of California, including San Francisco and Alameda County.

“Having a centralised, statewide approach to tracking hate crimes within a law enforcement agency will make all of our communities in California safer,” Chiu said in a statement.

The first Congressional hearing since 1987 on anti-Asian hate began last week, at which Asian-American lawmakers declared the US had reached “a crisis point that cannot be ignored”, as the community “has been screaming out for help”.

Back in Oakland, Sakhone’s work with housing nonprofit Family Bridges is helping connect Chinatown’s homeless population with local merchants by involving them in graffiti removal work. He says it is a small step towards strengthening the community by building trust and fostering a more caring attitude.

“It’s not fair that a lot of refugees and immigrants escaped a war-torn country, come to America to build a better life for them and their family, and to just be brutally murdered for no reason than them being Asian, is senseless,” Sakhone says.

“We need to stop that senseless violence here in America.” 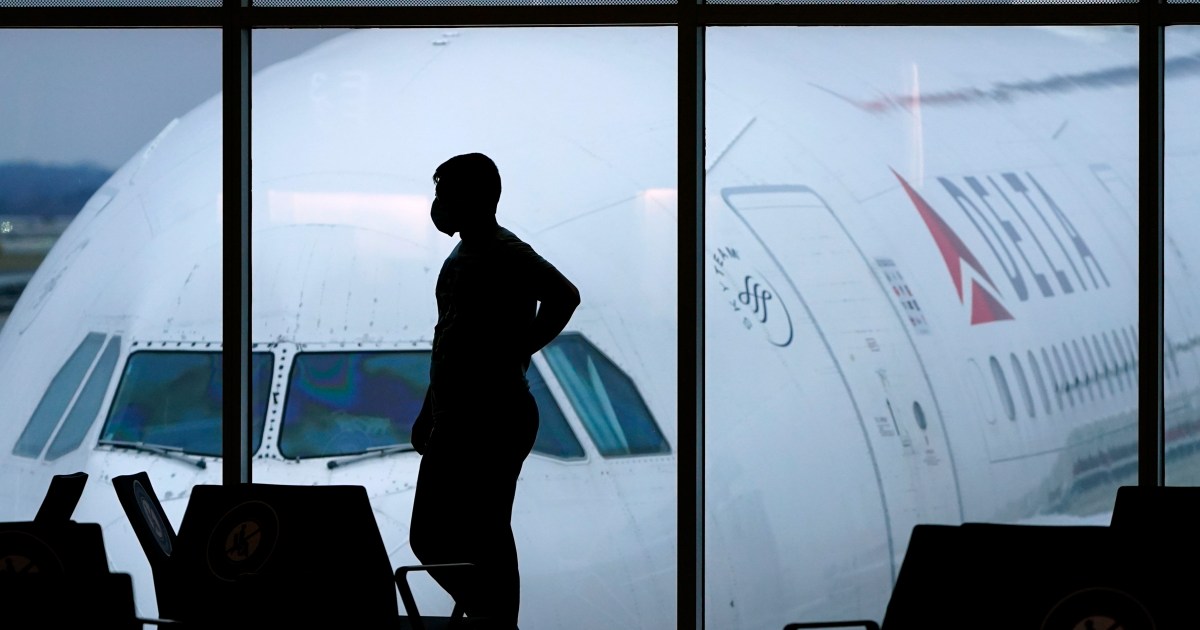 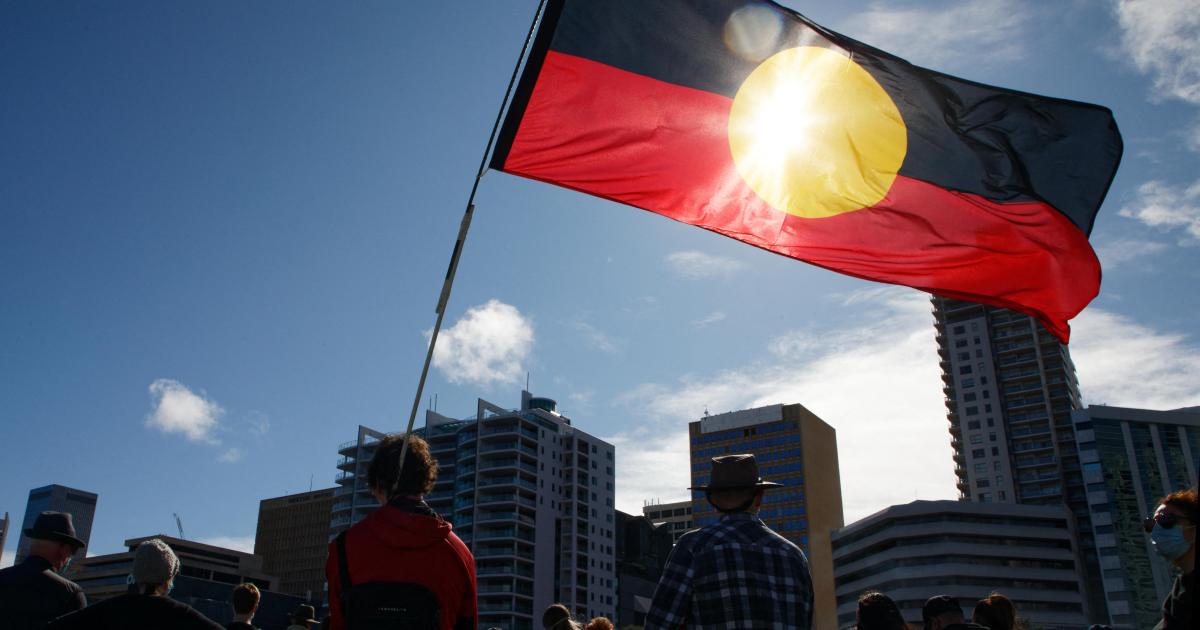