Amid labour shortage, over 8 fold rise in direct sowing of rice in Punjab

The acute shortage of migrant labour to transplant paddy has helped Punjab achieve what the state government has been unsuccessfully trying to do for over a decade. For the first time ever this year, the area under ‘Direct Seeding of Rice (DSR)’ is set to be the highest ever from the year the technology was introduced in the state in 2009-10. The increase in area under DSR, even according to initial trends, is already 8.60 times higher than last year, and paddy sowing will continue till the end of this month. Experts estimate that by the time sowing ends around 22 per cent to 26 per cent of the total targeted area of paddy will be brought under DSR technique – a method that saves water and is not labour intensive.

While paddy transplantation using the traditional way – the puddle method – only begins from June 10, DSR sowing can start around 2-3 weeks before. So, Punjab has already completed paddy sowing with DSR on around 2 lakh hectares of the total targeted paddy area before its traditional method transplantation even begins.

Even if the state combines DSR area of past five years then this year’s area is higher. In the last five years from 2015 to 2019 Punjab in total could bring less than 2 lakh hectares under DSR, while this year alone it has already crossed the 2 lakh hectares mark till date with three weeks of sowing left. For instance in 2018, the area under DSR was only 5,000 hectares and it was only 23,300 hectares in 2019. Compared to last year alone, the increase is 8.60 times.

Director, Punjab Agriculture Department, Dr Sutantra Airi told The Indian Express that they are surprised that the farmers are “running after DSR this year while earlier they used to run away from it”.

“Due to the migrant labour shortage and high rates demanded by the local labour around Rs 5,000 to 6,000 per acre, they are doing it. We have been educating them to use DSR on medium to heavy soil only and telling them laser leveller is also must so that entire field gets equal water,” he said, adding that already over 2 lakh hectares area has been covered under DSR and there are expectations of covering around 6 lakh hectares under it this year. Punjab has targeted to sow paddy on around 27-28 lakh hectares, including around 7 lakh under Basmati rice (fine aromatic rice), this year.

In normal transplanting, farmers prepare nurseries where the paddy seeds are first sown and raised into young plants. These seedlings are then uprooted and replanted 25-35 days later in the main field.

In DSR, there is no nursery preparation or transplantation. The paddy seeds are, instead, directly drilled into the field by a tractor-powered machine. The Punjab Agricultural University (PAU) at Ludhiana has developed ‘Lucky Seed Drill’ which can sow seeds and simultaneously also spray herbicides to control weed growth.

Also, in traditional method, plants are transplanted in 6-inches deep water and have to be irrigated almost daily (if there are no rains) to ensure water depth of 4-5 cm, but in DSR, water is replaced by herbicides.

The trend this year

Almost all districts of Punjab have shown a shift towards DSR according to data sourced from the district agricultural offices across Punjab.

While Fatehgarh Sahib, Bathinda, Ropar and Pathankot districts which had not gone for DSR last year at all, these districts this year have sown 4,500 hectares, 2000, 1100 and 100 hectares using DSR, respectively.

Kapurthala till date has seen 275 times increase in DSR usage this year. From total 100 hectares under DSR last year, this year it has gone up to 27,500 hectares till date.

In Gurdaspur, there has been 60-time rise in the area from 100 hectares last year to 6,000 hectares this year. Ludhiana has recorded 26 times increase in area under DSR.

In Sangrur there has been 44 times increase from 700 hectares last year to 29,000 hectares this year till date.

The trend is reflected in Amritsar and Ferozepur too.

In Mukatsar Sahib, where last year 12,900 hectares was under DSR, this year the district has already completed sowing with DSR on 26,000 hectares (64,220 acres).

“We are expecting that our district will touch 50,000 to 55,000 hectares (1,23,500 to 1,35,850 acres) as our parmal rice sowing will be continue till June 15 and then basmati varieties like will be sown with DSR,” said Chief Agriculture Officer, Mukatsar Sahib, Dr Jalour Singh, adding that they had never expected such a huge jump in the area under DSR. The district has 475 machines for sowing rice directly.

In Jalandhar, where only 1,300 hectares was under DSR last year, this has increased to 12,000 hectares till date, said Dr Naresh Gulati, Agriculture officer, Jalandhar, adding that farmers, who never wanted to go for this earlier, are not shying away this time from adopting DSR.

Barnala district has seen a 20 times increase in the DSR area. It has gone up from 1,000 hectares last year to 20,000 hectares this year so far, said CAO Baldev Singh.

This year farmers have even gone the extra mile and modified their ‘Happy Seeders’, used for directly sowing wheat, for direct sowing of rice, said the Director Agriculture, Punjab.

“With DSR sowing, we are not even spending one-fourth of what the labourers are demanding for transplanting and it needs around 30-40 per cent less water as it is not sown in the standing water but only a wet field and needs first water after three weeks,” said farmer Jagdeep Singh from Sangrur’s Kanoi village, who has sown paddy with DSR on his entire farm, adding that in his village majority farmers are going for DSR technique this year.

In Kanoi, farmers have sown around 30 per cent of the village’s total of 1000 acres agricultural land with DSR.
In Kheri and Ugranhan villages too farmers have sown paddy with DSR in a huge areas. Farmers Gurpal Singh and Kuldeep Singh of Kheri village in the Sangrur district had never tried DSR ever before, but this year they have tried it on 9 and 18 acres, respectively – a trend that is true for many farmers in Punjab amid Covid-induced labour shortage. 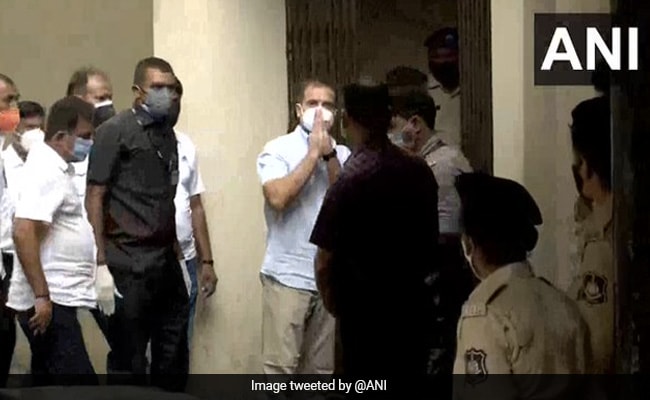