US President Donald Trump and his Democratic challenger Joe Biden are battling for the presidency in a sharply divided United States.

Trump has been focusing on “law and order” while Biden has been trying to strike a conciliatory note. The Black Lives Matter movement – and whether Trump will release his taxes – are among the many issues Americans will consider when choosing their president.

As the hotly contested election approaches, Al Jazeera has been speaking to voters across the US asking nine questions to understand who they are supporting and why. 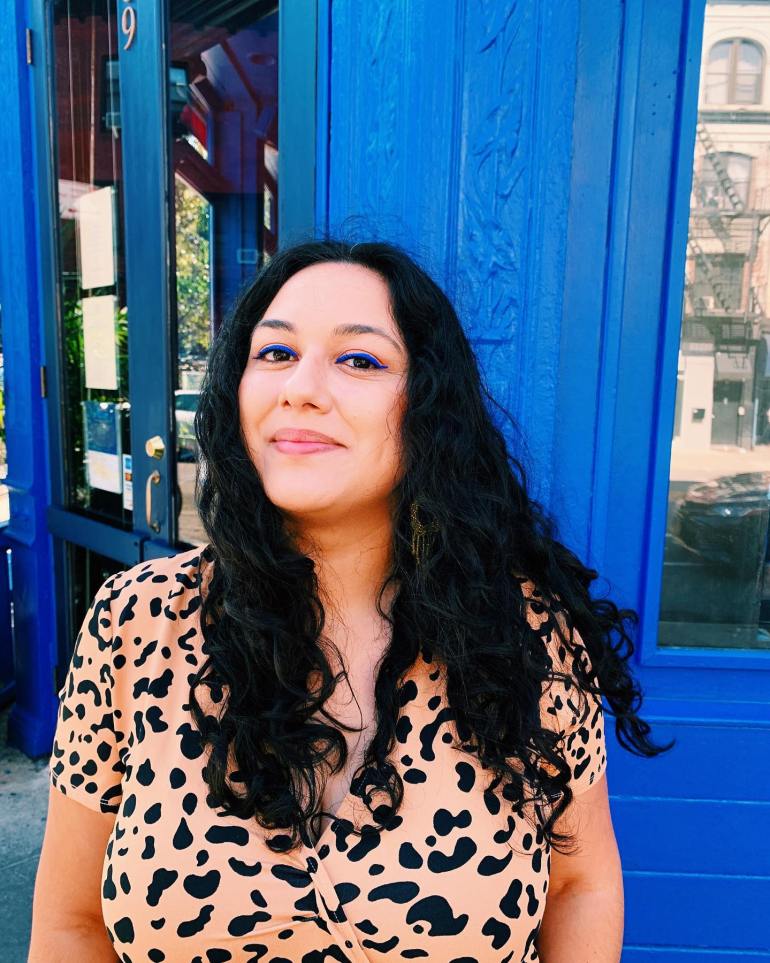 Residence: Voting in Milwaukee County, Wisconsin, but living in Texas

Voted in 2016 for: Hillary Clinton

Will you vote? Why or why not?

“As soon as I get my absentee ballot, I will be mailing it out.”

“I’ve been reading a lot of books and articles on race and colonisation, so my views have shifted. In an ideal world, the goal is to get rid of these structures. I think [singer] Selena Gomez had on a shirt that said ‘vote or die’ and I felt very uncomfortable by it, and I thought ‘Why am I uncomfortable with this shirt?’ It’s because not everyone has access to voting. If not, what can we learn from the Black Lives Matter movement or the Black Liberation movement? If Black people aren’t free, then nobody is free. Liberation for Black people is liberation for all.

“I think voting is anxiety-inducing for me, because I think about the history and all the power structures at play. I just have to bring myself back to the real world and think about what is going to have a real-life impact, and that would be to vote. So that’s why it’s important — because I understand it’s not just about me, it’s about justice for everyone. However, again, it’s not really justice for everyone. In an ideal world, I would burn [the power structures] all down.”

What is your number-one issue?

“It has a lot to do with climate change as well, so if we were to get rid of institutional racism, then, because everything is intersectional, it would create change for a lot of things, not just what people think of as ‘racism’. It would change the course of our education system, the people in power, power itself, climate change, queer rights, trans rights, etc.”

Who will you vote for?

“However, if it was up to me, I would want a trans woman of colour. I would want an indigenous person. Why does it have to be so individual and competitive? Why can’t it be a coalition?”

Is there a main reason you chose your candidate?

“I chose Biden as my candidate because it feels like that’s the only choice I have in terms of getting Trump out of office. Although I know it’s not the only choice, because we can come together and change the course of things.

“At this moment, I don’t know if I have the mental capacity to do anything, because we’re going through a pandemic, and there’s a lot of other things. I’m voting for Biden because I feel like that is the best option.”

Are you happy with the state of the country?

“No! The ‘Make America Great Again’ slogan runs through my head a lot, because it’s very confusing to me — because America was never great. Literally, America was founded on genocide and slavery – literally the foundation of America is not good, it’s evil, it’s racist, it’s inhumane, it’s horrible. When people say ‘make America great again’, I wonder at what point they’re talking about — during slavery or when women didn’t have a voice? Are you talking about when queer people and trans people were dying at the hands of police? Oh wait, all of that is still happening in a lot of ways!

“I’ve always worried about the state [of our country], and I’m going to continue to worry about it, because power structures are at play and they will continue. And so we really need to work to end them. I don’t know what the solution is other than having critical conversations [and] holding people accountable. I’m worried and I’m going to continue to worry until these power structures are out, white supremacy is out.”

“I want institutional racism, homophobia, transphobia, queer-phobia, classicism, all the ‘-isms’ to [go]. There are so many things that we need— the power structures that are at play need to be abolished in order for change to happen— real, meaningful change.

“And like I said at the very beginning, what can we learn from the Black Lives Matter movement? It’s that liberation for Black people means liberation for everybody. What does that look like? What does it mean? What do we have to do to get there?”

Do you think the election will change anything?

“To be honest, I’m a little scared, because I know that Trump supporters are violent, and I worry that if Trump is voted out, they will become very violent. They already feel that it’s okay for them to be racist and homophobic and sexist, etc, because they have a president who sort of enables and encourages it and does not stop white supremacy— look at the debate! He did not blatantly, outright say anything about white supremacy or white supremacists. And so, I’m worried about the violence that’s going to come out of it from the Trump supporters.

“That is something that I think about, but at the same time, do I think something will change? Well, I hope— that’s the thing— I cannot say for sure until I see it actually happening, but I hope that things are changing for the better.”

“The things that I think are a priority right now are police brutality, the pandemic, climate change, and poverty. Again, it’s all intersectional, but I hope that if Biden were to become the next president, that we’d have a quick change on the way we’re handling COVID and defunding the police.”

What’s your biggest concern for the US?

Is there anything we haven’t asked about the election that you want to share?

“I was very nervous about what the voting process was going to look like [during the primaries] because of COVID. I knew that, statistically speaking, the voting sites for lower-income communities are not as accessible as the ones in affluent neighbourhoods. We saw that really come to light during the pandemic because we had little to no polling sites in lower-income neighborhoods, so the lines were really long and also that means you’re at a higher risk for contracting COVID as opposed to the affluent neighbourhoods.

“Going out to vote was not an option for me — it was too much of a risk. I requested my absentee ballot and it just never came – it never arrived – so I wasn’t able to vote. It wasn’t until a month or two later that it actually came in.

“I didn’t feel disappointed, I guess, but I was of course upset. It just reminds you of the way power works and how people of colour or oppressed people, queer people, people at the margins aren’t supposed to belong in the state apparatus. It was just a reminder of where we’re supposed to be and where our place is.

“When Trump became president, a lot of people were surprised. I was not, because that’s the way white supremacy works, that’s the way that power structures work.”