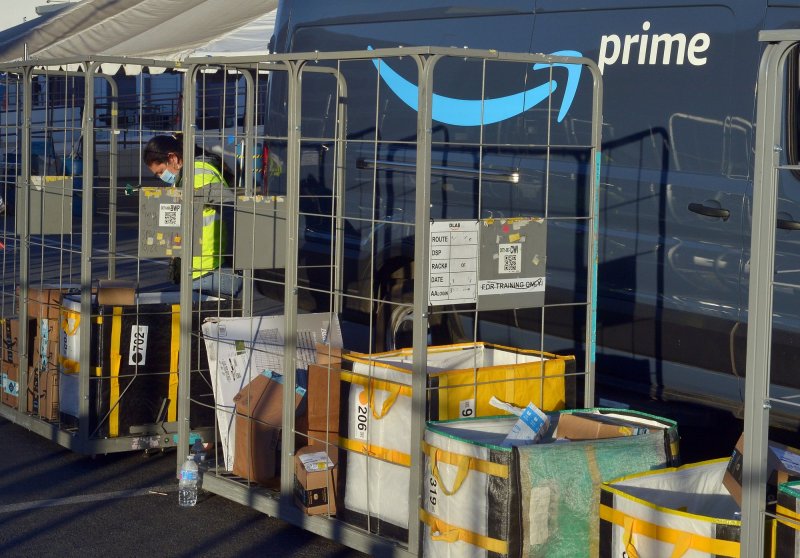 Aug. 5 (UPI) -- Amazon has announced two new programs to reduce waste after backlash from an investigation less than two months ago.

The two new Fulfillment by Amazon (FBA) programs to help businesses selling on Amazon resell the e-commerce company's return or overstock items were announced in a blog post Wednesday.

"Customer returns are a fact of life for all retailers, and what to do with those products is an industry-wide challenge," said Libby Johnson McKee, director, Amazon WW Returns, ReCommerce and Sustainability. "These new programs are examples of the steps we're taking to ensure that products sold on Amazon -- whether by us or our small business partners -- go to good use and don't become waste."

The announcement follows an investigation by British broadcaster ITV News, which found Amazon destroyed millions of returned or unsold items annually in a British warehouse. Undercover footage showed Smart TVs, laptops and thousands of sealed face masks marked "destroy." The destroyed products were then dumped at recycling centers or a landfill site.

"It's an unimaginable amount of unnecessary waste, and just shocking to see a multi-billion pound company getting rid of stock in this way," Greenpeace's Sam Chetan Welsh told ITR at the time.

British Prime Minister Boris Johnson criticized the amount of waste and vowed to look into the situation.

Amazon told ITV in response that the landfill site has a recycling center and none of their items go to landfills in Britain.

The first of Amazon's new programs, "FBA Grade and Resell," is now available in Britain and will be available in the United States by the end of the year, and in Germany, France, Italy and Spain by early 2022. It allows third-party selling partners to sell returned products as "used" items instead of having them sent back to them or donated. The selling price is set based on the item's condition, ranging from "like new" to "very good," to "good," to "acceptable."

The second new Amazon program, "FBA Liquidations," allows sellers to use Amazon's wholesale resale channel and technology to recover a portion of their inventory cost from returned items or overstock instead of having to return them to Amazon.

The liquidation program is live in the United States, Germany, France, Italy and Spain, and is set to go live in Britain in August.

McKee added that the two new programs build on existing programs, which also cut waste, such as the FBA Donations program, which allows sellers using FBA to donate their overstock or returned items. The program launched in 2019, and since then, has provided more than 67 million products from sellers to charitable organizations worldwide.

"We hope these build a circular economy and reduce our impact on the planet," McKee said.

Along with the programs to cut waste for sustainability, the company has also made a Climate Pledge to commit to net zero carbon by 2040 and 100% renewable energy by 2025.