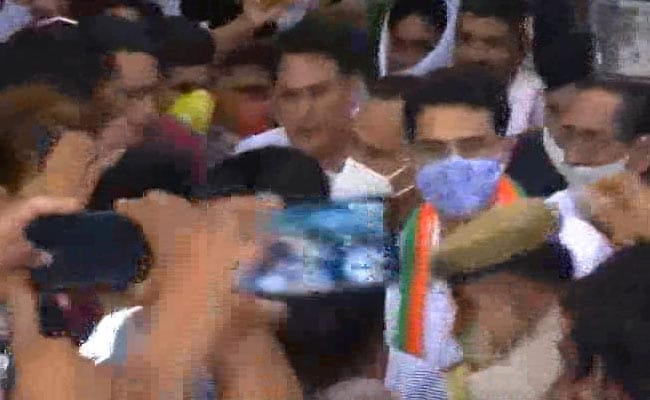 Sachin Pilot returned to Jaipur today after ending his rebellion

Congress's Sachin Pilot, back in Rajasthan after ending his month-long revolt against Chief Minister Ashok Gehlot, said today that he had "no hard feelings" and was no longer part of the government but expected the "head of the family" to resolve issues and take everyone along.

"I have not asked for any post. I have only said there should be no vendetta politics against the MLAs who are returning to the fold," Sachin Pilot said on the 18 rebels who stayed away from Rajasthan, like him.

"Priyanka Gandhi Vadra agreed. She said we are all part of the same family, how can there be any differences?"

Mr Pilot returned to a cold reception from his former boss. Ashok Gehlot flew to Jaisalmer in the morning and decided to spend the night there, avoiding any contact with his sacked deputy, whom he has attacked sharply over the past month.

Mr Pilot may not get back the two posts that Mr Gehlot had sacked him from - Deputy Chief Minister and Rajasthan Congress chief. Sources say he may be accommodated in the central Congress even though he may well continue his politics in Rajasthan, where he remains an MLA.