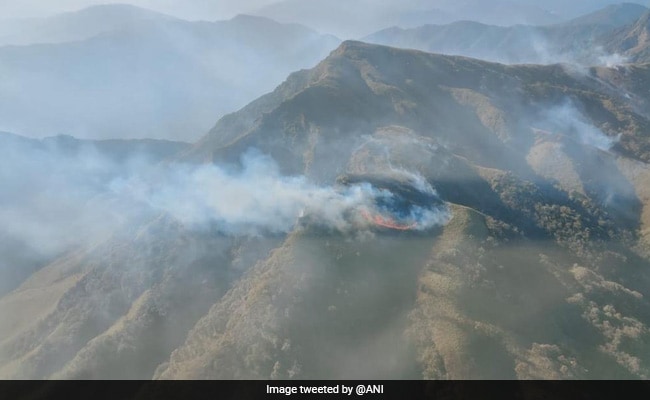 "Continuation of Operations #DzoukuValley. IAF helicopters resumed Bambi Bucket operations today towards dousing the fire in Dzouku Valley near Kohima. Four Mi-17 helicopters have been deployed at Dimapur and Rangapahar for the task," IAF wrote on Twitter.

Sixty personnel of National Disaster Response Force (NDRF) were deployed on Saturday at the wildfire site at Dzukou valley which lies on the Manipur-Nagaland border, according to Manipur Chief Minister N Biren Singh.

Union Home Minister Amit Shah on Friday had assured of assistance to Singh in containing the wildfire.Director-General of NDRF Satya Pradhan updated that teamwork of all the agencies along with support from the Centre and the state government helped in fighting the wildfire.This valley is located at the state borders of Manipur and Nagaland and is a popular tourist spot.

Blockade in Assam cuts off Mizoram