Actor James Michael Tyler, who played Gunther in Friends, has revealed he has terminal prostate cancer.

Tyler, 59, played Jennifer Aniston's Central Perk colleague in the show, and recently appeared via video on Friends: The Reunion.

But in an interview with the Today Show in the US, he revealed he was unable to attend in person because he was diagnosed with prostate cancer in 2018.

"I was diagnosed with advanced prostate cancer, which had spread to my bones," he told the programme.

"I've been dealing with that diagnosis for almost the past three years. It's stage 4 (now). Late stage cancer. So eventually, you know, it's gonna probably get me."

Tyler said he underwent hormone therapy at first, which "worked amazingly for about a year", allowing him to live normally on just three pills a day.

But following a missed test, his cancer spread to his bones, leaving his lower body paralysed.

He is currently undergoing chemotherapy to slow the disease, but is urging other men to be checked.

"If it spreads beyond the prostate to the bones, which is most prevalent in my form, it can be a lot more difficult to deal with," he said.

Tyler called on viewers to get a PSA (prostate specific antigen) test, which can help detect prostate cancer.

People in the UK can request the test from a GP, but they are not offered routinely due to unreliable results. 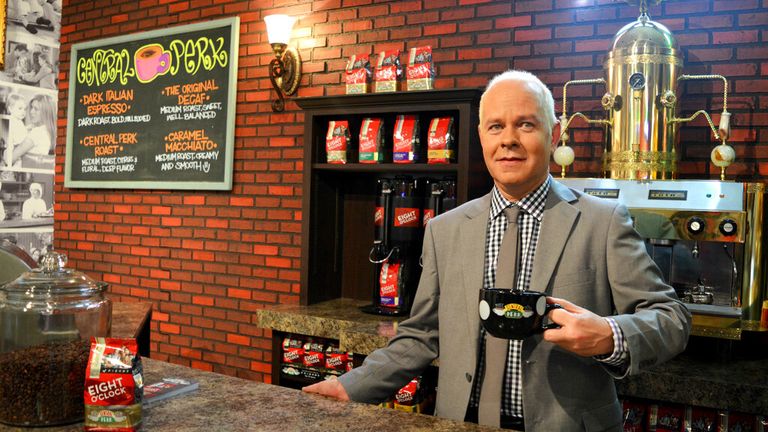 Image: Tyler is pictured on the 20th anniversary of Friends in 2014. Pic: AP

This is because PSA levels can be raised by other non-cancerous conditions, according to the NHS.

Those suffering symptoms are offered various tests, including MRI and PET scans.

Around one in eight men in the UK will be diagnosed with prostate cancer in their lifetime, with black men and those aged over 50 at higher risk.