A timeline of the George Floyd and anti-police brutality protests

The police killing of George Floyd, an unarmed Black man, in Minneapolis, Minnesota, on May 25 sparked protests across the United States and worldwide.

A video of the incident shows Derek Chauvin, a white police officer, kneeling on Floyd's neck for nearly nine minutes as the 46-year-old pleaded: "I can't breathe."

Following the killing, protests erupted in at least 140 US cities, with thousands of people taking to the streets against police violence. While protests have remained largely peaceful, looting, vandalism and fires have taken place in some cities. The police have also used tear gas and other non-lethal projectiles on protesters, including on peaceful gatherings.

Here is a timeline of the protests:

May 25: George Floyd is killed

George Floyd, a 46-year-old African American man, dies after a white Minneapolis police officer pins him to the ground with his knee on Floyd's neck.

A video of the incident is widely shared on social media.

"Please, please, I cannot breathe," Floyd can be heard in the video as Chauvin continues to kneel on his neck.

Minneapolis residents and community leaders express outrage over the incident with many drawing comparisons to Eric Garner, an unarmed Black man who died in 2014 after being placed in a chokehold by New York City police and pleading: "I can't breathe."

Hundreds in the city protest against Floyd's killing and demand the four officers involved be held accountable.

The four officers involved in Floyd's deadly arrest are fired.

May 27: Protests spread across US

Protests against police brutality spread to other US cities, including Memphis, Tennessee, Los Angeles, California, and Louisville, Kentucky, where 26-year-old Breonna Taylor was killed by white police months earlier.

Looting and fires are seen in some parts of Minneapolis and other cities.

The view of the protest from the top of a building next door. @mprnews pic.twitter.com/prBI5cJl1g

A state of emergency is declared by Minneapolis  Mayor Jacob Frey.

Protesters overrun a police precinct in Minneapolis and the building is set on fire as demands grow for charges to be brought against the four officers involved in Floyd's deadly arrest.

Protests continue to spread across the US.

President Donald Trump sends out a tweet blaming the violence on a lack of leadership in Minneapolis and threatens to send in the National Guard. Many respond with outrage after he calls the protesters "thugs".

As protests grow, Chauvin is charged with third-degree murder and second-degree manslaughter over Floyd's death.

Twitter hides one of Trump's tweets, saying the president violated its policies on "glorifying violence" by his apparent call for the military to use force against the protests in Minneapolis.

Secret Service agents rush Trump to a White House bunker as hundreds of protesters gather outside the president's residence.

Our country allows for peaceful protests, but there is no reason for violence. I've seen our citizens unify & take care of one another through COVID19 & we can't stop now. My deepest condolences to the family of George Floyd. As a nation, let's focus on peace, prayers & healing.

— Melania Trump (@FLOTUS) May 29, 2020  May 30: Protests continue in Minneapolis and dozens of other cities

What started as largely peaceful protests for George Floyd have turned to outright looting and domestic terrorism in our region. We need you to stay home tonight.

The Pentagon puts active-duty members of the army on standby for deployment to Minneapolis as protests continue across different cities in the US.

The US sees some of the largest protests yet, with demands growing for the three other officers involved in Floyd's death be arrested and charged.

Some 350 officers of the Minnesota National Guard and local police are deployed to enforce a curfew in Minneapolis.

In Minneapolis, the driver of a tanker truck drives into a massive crowd of demonstrators. No protesters appear to be injured and the driver is arrested.

US media report scuffles between Secret Service officers and protesters in front of the White House as demonstrators return to the area, leading to a White House lockdown.

Police use tear gas and other non-lethal projectiles on protesters, including members of the press.

My security advisor and I were shot with rubber bullets tonight. He had PRESS labeled clearly and visibly on his bulletproof vest

Before being shot, at a separate incident, I was directly aimed at. I took cover https://t.co/HYYwN4Pkka pic.twitter.com/6HwxXiyWQ1

— Julio-César Chávez (@JulioCesrChavez) May 31, 2020 June 1: Protesters undeterred by US curfews

Anti-racism solidarity protests are held around the world, including the United Kingdom, New Zealand, Canada and Brazil.

Protests continue to spread across the US as well as more cities impose curfews and states call in the National Guard.

Trump calls himself the president of "law and other", and threatens to send American soldiers to the streets to quell the unrest, prompting outrage.

Peaceful protesters are cleared with pepper balls and flashbangs from an area outside the White House so Trump could walk from his residence to a nearby historical church - that was damaged the night before during the protests - for a photo-opportunity.

In Minneapolis, separate autopsy reports released by independent and county medical examiners agreed in ruling Floyd's death was a homicide, but they differed in part on the cause.

The private autopsy, obtained by Floyd's family, found that the 46-year-old died of asphyxiation due to neck and back compression by police, according to the Floyd family lawyers.

The Hennepin County Medical Examiner found that Floyd "experienced a cardiopulmonary arrest while being restrained by law enforcement officer(s)". It said Floyd suffered "other significant conditions", including heart disease and hypertension, fentanyl intoxication and recent methamphetamine use.

There aren't many things more momentarily terrifying than a crowd of scared people running your way. This happened a few times near the White House as police set off flash bangs to push back protesters. In the moment, no one's sure what the sound is & panic ensues 🎥: @iAMSHOOTER pic.twitter.com/A18RBbvtVi

Thousands take to the streets with many going to the site of Floyd's death.

"It could be ... devastating," Kathleen Sebelius, former US health secretary, says, adding that protesters have a responsibility to get tested so as not to infect family and friends.

Health experts worry specifically about the use of tear gas on protesters, saying it causes people to remove masks and touch their eyes.

The added charge, defined under Minnesota law as unintentionally causing another person's death in the commission of a felony offence, can carry a sentence of up to 40 years, 15 years longer than the maximum sentence for third-degree murder.

Three fellow officers fired from the Minneapolis police department along with Chauvin the next day are charged - each with aiding and abetting both second-degree murder and manslaughter.

Hundreds gather in Minneapolis for the first of several planned memorials for Floyd.

"George Floyd's story has been the story of Black folks. Because ever since 401 years ago, the reason we could never be who we wanted and dreamed to be is you kept your knee on our neck," said Reverend Al Sharpton, who eulogised Floyd. "It's time for us to stand up in George's name and say, 'Get your knee off our necks!'"

Those in attendance and hundreds who gathered outside the event space held an 08:46-minute moment of silence at the end of the service.

Vigils are held in several major cities for Taylor on what would have been her 27th birthday. Calls grow for the Louisville officers involved in Taylor's killing to be fired.

The clip, which was a collation of photos and videos of protest marches and instances of violence in the aftermath of Floyd's death, has Trump speaking in the background.

Mass protests continue for a second weekend across the US. Tens of thousands rallied in Washington, DC, New York City, and elsewhere.

"It is time to burn down institutional racism," one speaker shouted through a megaphone outside the Houses of Parliament in London. "Silence is violence," the throng shouted back in the rain.

Protests continue as people take to the streets to show their support for the Black Lives Matter movement.

Protesters target Confederate statues and symbols across the US south, with some being toppled by demonstrators and others being removed by cities or defenders of the monuments.

Protesters in the English city of Bristol topple a statue of a 17th-century slave trader.

Demonstrators attached ropes to the statue of Edward Colston before pulling it down to cheers and roars of approval from the crowd and dumping it in the river.

In Brussels, protesters clambered onto the statue of former King Leopold II and chanted "reparations" daubing the word "shame" on the monument. Historians estimate that some 10 million people died during Leopold's brutal rule of the Congo.

Calls to defund police departments across the US grow. Nine of the 12 Minneapolis council members - a veto-proof majority - announce plans to disband the city's police department. They later say they will work with the community to determine the details of the plan.

Thousands of mourners attend a public viewing of Floyd in Houston, Texas, where Floyd grew up.

They line up for hours to file through the doors of The Fountain of Praise church, which Floyd attended for most of his life, and past the open gold-coloured coffin where he lay dressed in a brown suit.

The funeral service for Floyd begins in Houston, Texas, with family members and invited dignitaries filing into The Fountain of Praise church to pay their respects.

The funeral - broadcast live - is in part a celebration of Floyd's life and in part a call to action to continue to demand the end of police brutality.

Floyd's brother testifies at a House Judiciary Committee hearing on issues of racial profiling, police brutality and lost trust between police departments and the communities they serve.

He also reminds the panel that police were called because his brother had allegedly used a counterfeit $20 bill.

Minneapolis police promise reforms, as the Minneapolis Police Department will withdraw from police union contract negotiations, Chief Medaria Arradondo says as he announces the first steps in what he said would be transformational reforms to the department.

Army General Mark Milley, the US's highest-ranking military officer, said he was wrong to have accompanied Trump on a walk to a church outside the White House, where he was photographed in his combat uniform with the presidential entourage.

Trump meanwhile attacks leaders in Washington state over actions taken by protesters there. Protesters and self-described anarchists have created what they are calling a "Capitol Hill Autonomous Zone", occupying several city blocks after police vacated a precinct there.

Trump on Twitter demands Seattle's mayor and Washington's governor to "take back" the city. Mayor Jenny Durkan shoots back, tweeting: "Make us all safe. Go back to your bunker."

Protesters in large US cities are expected to continue demanding an end to police brutality. 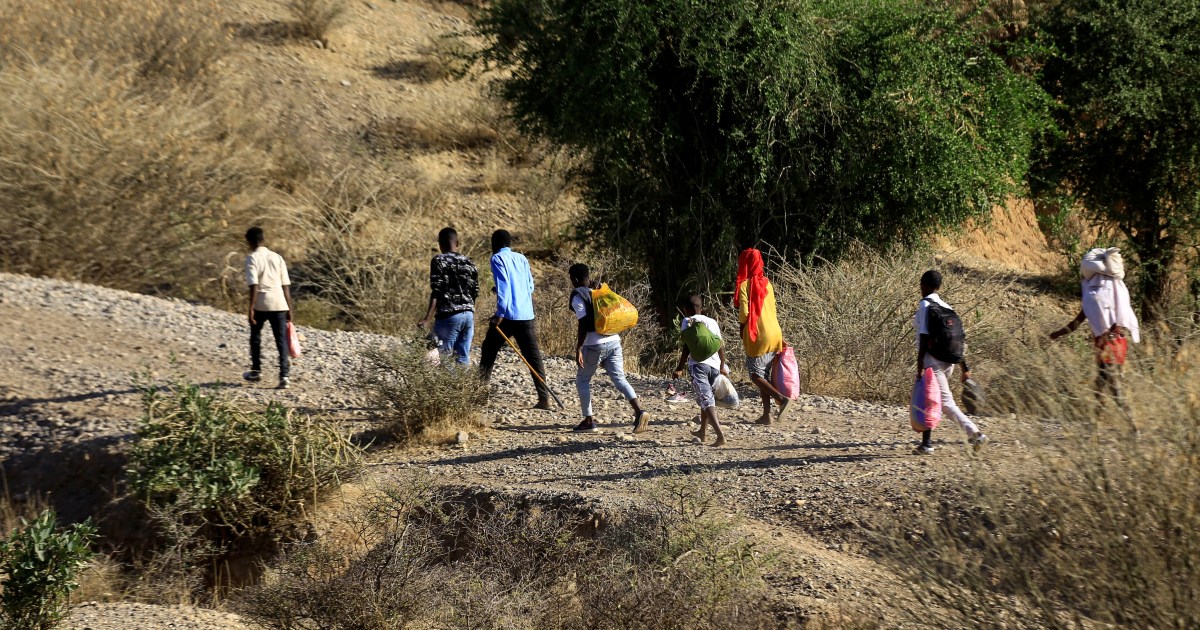