A third of coronavirus patients uncontactable by test and trace scheme

One third of people who tested positive for coronavirus could not be reached by the government's contact tracing system, or refused to hand over their contacts.

Between 28 May and 3 June, 8,117 people tested positive for COVID-19 and around two thirds provided details of people they had come into close contact with to the government scheme, the Department of Health has said. 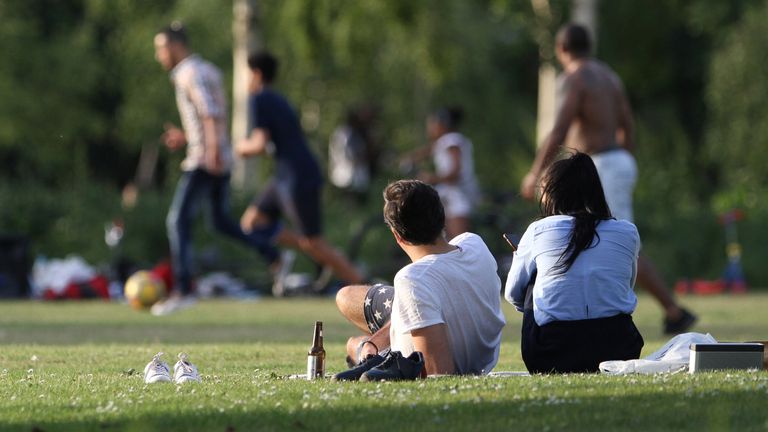 Contacts include people whose cases are currently being managed as part of active outbreak investigations.

The test and trace system is believed to be key to helping ease lockdown measures.

Baroness Harding, the head of the test and trace programme, admitted it was not yet at the "gold standard" but said it was now a "functioning service" and would improve over the summer.

A number of contacts were not able to be identified as the contact details for some of those who tested positive for coronavirus were unavailable or incorrect, or they did not respond.

In other instances, the patient refused to provide details of their contacts.

Some contacts were reached but did not agree to self-isolate, although it is not clear how many refused to comply.

Baroness Harding said the vast majority of people contacted have wanted to comply and provide contacts, but that it is not a "mandatory process".

"These are very good numbers for compliance and we want to encourage people to be part of the system rather than have them be fearful about what might happen to them as they go through it," she said.

She was unable to give a date for when the app will be launched, which will be part of the test and trace programme.

The app has been described as the "cherry on the cake" but "not the cake itself".

Britain has the second-highest number of confirmed coronavirus-related deaths in the world, with the current total at over 41,000.

Global smartphone market to grow by 12% in 2021, claims report