"If you ever played the McDonald's Monopoly game in the '90s, you never had a chance of winning. It's a great elevator pitch".

When McMillion$ co-writer and co-director James Lee Hernandez read on Reddit late one night in 2012 about how McDonald's was duped out of $24m (£16m), he knew he had to make a documentary about it. 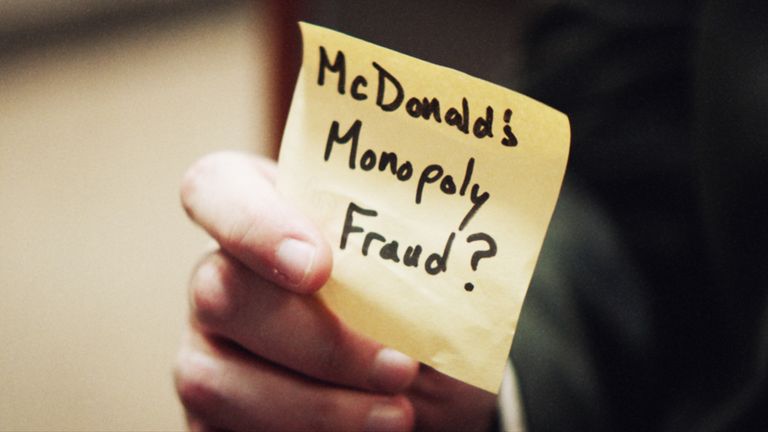 Image: A stray Post-it Note sparked interest in the case

One of America's most famous white-collar crimes went undetected for 12 years, until a tip-off alerted the FBI in 2001.

Masterminded by Jerome "Jerry" Jacobson, a criminal syndicate took control of the game, which saw customers of the fast food chain collecting Monopoly-style pieces that could be exchanged for prizes worth up to $1m.

It meant there were almost no legitimate million-dollar winners between 1989 and 2001.

Hernandez, whose first job as a teenager was in the fast food chain in the competition's heyday, tells Sky News it took five more years of calls to the FBI and Freedom Of Information requests before he was in a position to pitch the show.

But, at that point he immediately knew who to contact: "I called up Brian Lazarte [McMillion$ co-writer and co-director], who I've known for a long time and said: 'I think this is really bad. Let's grab some lunch and talk about it'."

They didn't meet at McDonald's.

The resulting six-part documentary, McMillion$, tracks not only the FBI agents who brought down the scam, but also a vast network of co-conspirators and prize-winners across the US.

Tracking the FBI's investigation - named "Operation Final Answer" in homage to Who Wants To Be A Millionaire - they trace the case from a fortuitously placed Post-it Note stuck to a computer screen, right through to the courtroom.

Special Agent Doug Mathews is one of the documentary's key players, and Hernandez says "the second I talked to him, it was like striking gold".

The rookie agent was the driving force behind the case, but because he lacked experience his name rarely appeared on the case notes. 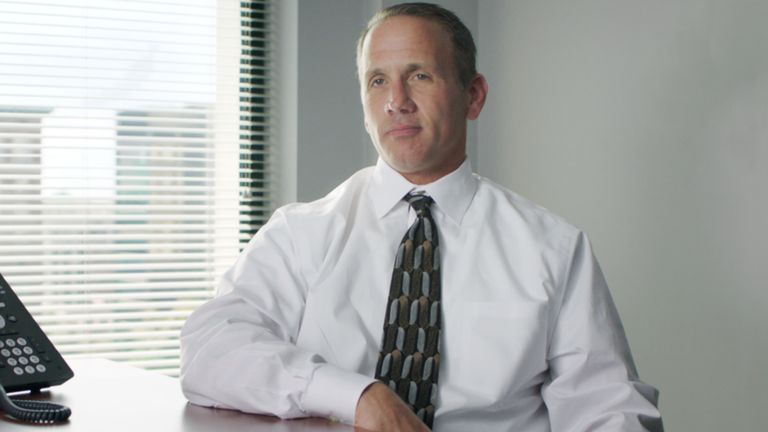 It was when talking to assistant US attorney Mark Devereaux in a three-way call with Mathews that Hernandez knew he'd found the keystone to the story: "My mind was blown. Immediately I said, 'I'm coming to Jacksonville to meet you'."

Meanwhile, on the other side of the law, a criminal mastermind called Jerry Jacobson - dubbed "Uncle Jerry" by his mafia connections, is the yin to Mathews exuberant yang.

Described by Hernandez and Lazarte as a "giant mystery", the ex-policeman was head of security at Dittler Brothers printing, the firm hired by Simon Marketing to print the peel-off game pieces for the competition.

The company had such a good reputation for security, it previously handled the printing of US postage stamps and lottery tickets. But not for long after the scam was discovered. 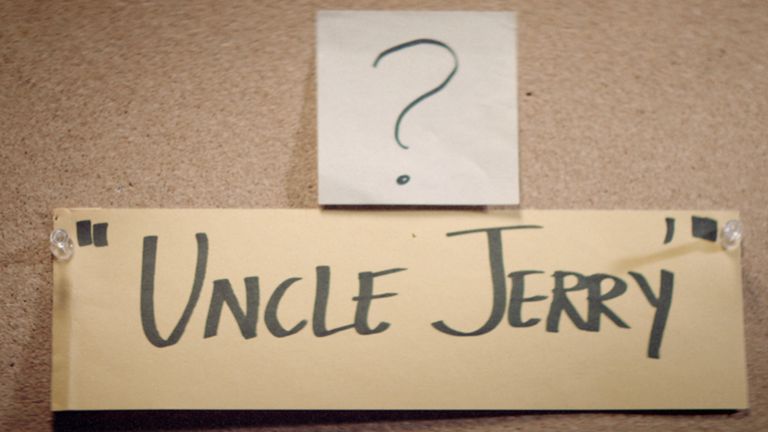 Image: The documentary series asks 'Who exactly is Uncle Jerry?'

Hernandez and Lazarte insist the fraud's demise was inevitable in its way: "This is what happens when you're involved with this many people and this many personalities and greed gets put into the equation. Then eventually something from the inside is going to bring it all down."

Far from a victimless crime, lives were destroyed in the wake of the scam's discovery.

A case in point is contributor Gloria Brown, a single-mother and "prize-winner", who shows that not everyone involved was a hardened villain.

Hernandez explains: "If you Google Gloria Brown, it just comes up 'federal criminal involved in the McDonald's Monopoly game'.

"But if you hear her story, you totally understand how any of us could very easily get roped into this situation and then feel like we're in over our heads...

"She wasn't a career criminal. This was the first time she'd ever done anything remotely close to this." 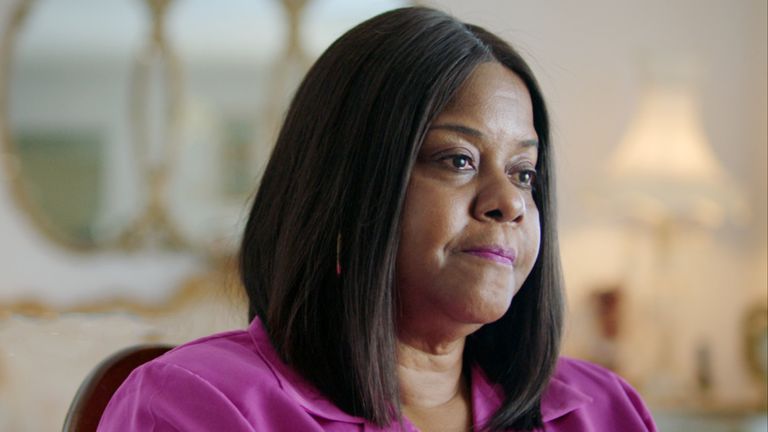 Image: Single-mum Gloria Brown is far from a career criminal

So why did people get involved? The filmmakers say it's all down to human nature.

"Every single person who grew up in the 90s playing that game wanted to win.

"We always felt like if a friend or a family member had come to you and said, 'Hey, I'll give you a chance to collect a million dollars, you just need pay some money upfront and tell a little white lie and pretend that you're the one who peeled it', that more people would have said yes than no."

An impromptu survey of a screening at the Sundance Film Festival backed up this belief, when every member of the audience raised their hand to say yes, they would have done it.

As for whether they ever feared their contributors might need protection, Lazarte explains: "It has been 20 years and the landscape of organised crime has changed quite a bit. 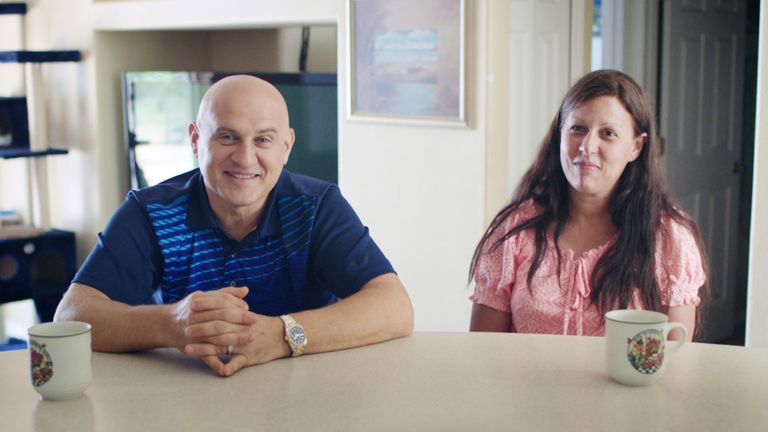 "The people that were involved with this have been out of the loop for a long time when it comes to those things. They felt confident that they'd be OK."

As for the identity of the scam informer, Hernandez says the FBI "shut us down hard every single time we asked".

Luckily, they found one person who was willing to talk, with surprising results.

So finally, what do McDonald's - a fast food chain not a stranger to litigation - think of the show?

"We approached them and flew out to Chicago to meet with high-level executives.

"The very first question they had for us, because Mark Wahlberg is an executive producer, was: "Just to be clear, please tell us this is not Mark Wahlberg's attempt at figuring out our secret sauce for his Wahlburgers?"

Alongside his producing projects, the former New Kid On The Block star runs a rival chain of takeaways, Wahlburgers Burger Restaurant, with his brothers Donnie and Paul.

Hernandez and Lazarte say their response was a supersize relief: "At that point we knew they had a great sense of humour, and a willingness to entertain us.

"It was a testament to their ethical stance that they participated. It says a lot about how that company runs."

All episodes of McMillion$ are now available to watch on Sky TV and NOW TV.