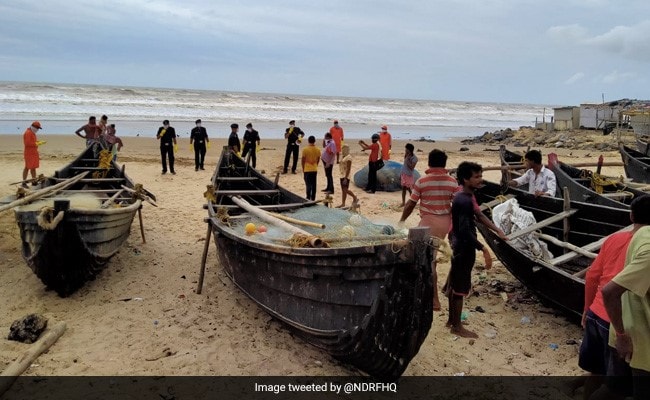 Officers said that 26 of the infected men are deployed in Delhi, with some are attached to the headquarters, and the remaining 50 tested positive upon return to their base in Odisha's Cuttack from cyclone-hit areas of West Bengal.

"All the NDRF men are asymptomatic and are under observation. The Odisha government had tested 190 personnel and of those 50 tested positive," NDRF Director General Satya Narayan Pradhan told NDTV.

According to Mr Pradhan, the personnel were tested on the basis of contact tracing after one of the men deployed in West Bengal tested positive for coronavirus a few days ago.

"They are doing fine and are getting medical treatment," he said.

The NDRF had deployed 19 teams in West Bengal for relief and rescue work during and after the cyclone that made landfall on May 20. Each team has about 45 personnel.

The force, which has 12 battalions spread across the country for quick response, has more than two dozen active coronavirus cases in other parts of the country.

NDRF is testing its officials in other states as well, but officers said some states were charging money for the tests. "Some states don't charge anything while in others we need to pay as they (tests) are being done privately," an officer of the federal contingency force said.