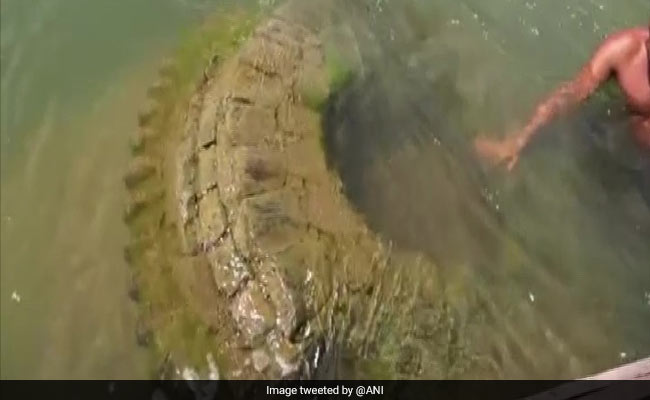 The temple, dedicated to Lord Gopinath, was submerged in the Mahanadi River of Odisha

A temple, believed to be 500 years old, has been found in the Mahanadi River in Odisha's Nayagarh. The temple was submerged during the floods in 1933, say researchers. With the river changing its course due to flooding over a hundred years ago, the entire village and the temple were submerged. A survey team of the Indian National Trust for Art and Cultural Heritage (INTACH) said that they discovered the temple in the Mahanadi in the recent past.

"This temple has a very old history. It is around 450 to 500 years old. The idol from this temple has been taken to another temple. We are working on a project, documenting the Mahanadi valley, so we were looking for this temple. Around a week ago we were informed that the upper part of the temple is visible," INTACH Chief Anil Kumar Dhir told news agency ANI. 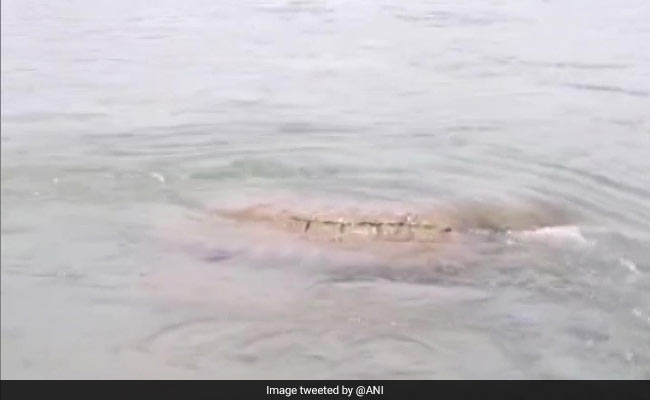 "Around a week ago the upper part of the temple (submerged in Mahanadi River) was visible," INTACH Chief Anil Dhir said

According to Mr Dhir, the main deity of the Odisha temple is of Lord Gopinath, a form of Vishnu.

"The temple is in a good state and it should be re-established as we have the technology. This is not the first submerged temple that has been found by us," said the INTACH chief.

Locals say around 11 years ago, the temple top was first seen above the water level and since then researchers have been tracking it.

The construction style of the mastaka or temple top and building material used indicate that the 55 to 60 feet temple dates back to the late 15th or early 16th century.

Mr Dhir said, there are around 65 temples in the area that are underwater but only the mastaka of the Gopinath Temple was visible for some years as it was the tallest.