3 Terrorists Trapped In House In Srinagar, Encounter On 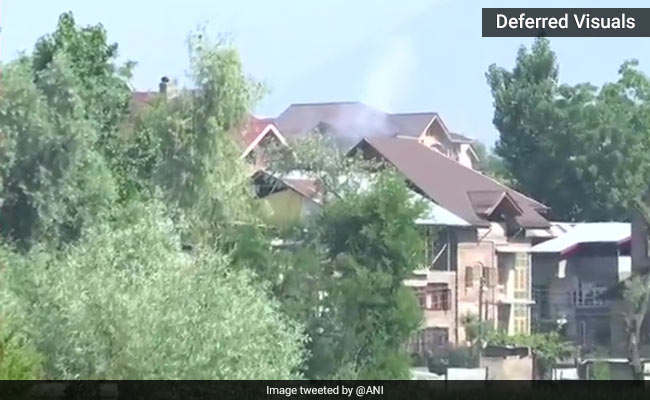 The encounter is taking place in Zadibal area of Srinagar. (ANI)

An encounter is taking place between security forces and terrorists in Zadibal area of Srinagar, police said. Three terrorists are currently holed up inside a house in the area police said, adding that terrorists have refused to an offer to surrender.

Two of the terrorists have been active since 2019, they said. "One was involved in attack on two BSF jawans last month," officials added.

Security forces launched a cordon and search operation in the area this morning following specific intelligence inputs. The terrorists fired at the search party leading to a gunfight.

News agency ANI, quoting a senior police official, said that security forces had even called the parents of the terrorists to appeal to them to surrender. "Three terrorists are trapped in a house. Through our sources we go to know of their identity and called their parents who appealed to them to surrender. But they didn't relent. Firing is on," Kashmir's Inspector General of police,Vijay Kumar, was quoted as saying by ANI.

3 terrorists trapped in a house. Through our sources we go to know of their identity & called their parents who appealed to them to surrender. But they didn't relent. Firing is on. 2 of them are active since 2019. One was involved in attack on 2 BSF jawans last month: IG Kashmir pic.twitter.com/f9LjBSOgGV

Authorities have suspended mobile Internet services in the city as a precautionary measure, a police official said.

Restrictions on the movement of people have also been imposed in most parts in downtown areas of the city, he added.