As the world flips the calendar to 2021, many residents may take time to reflect on the year now solidly in the rear-view mirror. The year 2020 was for many, but one thing is for sure: many heavy rain events took aim at the southeastern United States.

In a soggy year for much of the southeastern U.S., some of the most prolific events came as a result of tropical activity.

The 2020 Atlantic Ocean hurricane season was certainly record breaking. An unprecedented 30 named tropical systems roared to life in the basin, a record shattering 12 of which made landfall on U.S. soil. Several of these land-falling tropical systems adopted a storm track that brought a deluge of rainfall to the southeastern quarter of the country. Delta and Zeta were two notable examples of this phenomenon.

Due in part to these tropical strikes and a culmination of many potent non-tropical storms throughout the year, many locations from eastern Texas through the Southeast and up into the mid-Atlantic experienced above-average rainfall totals in 2020. 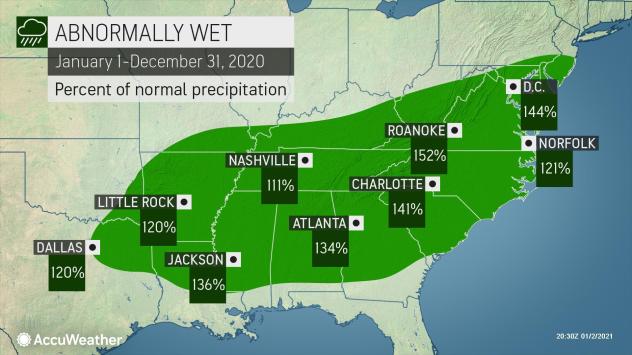 The year 2020 was the third-wettest year of the past 10 years for Atlanta, with only 2018 and 2015 recording more rainfall. In 2020, the observing station at Hartsfield-Jackson Atlanta International Airport recorded a total of 66.99 inches of rainfall, which was nearly 17.50 inches above the yearly average for the site. Similarly, 2020 was the second-wettest year of the past 10 years for Charlotte, North Carolina.

While 2020 was an abnormally wet year for many across the southeastern quarter of the U.S., that trend appears unlikely to change for the first month of 2021.

As an expansive storm system overspread much of the eastern half of the country to ring in the new year, heavy rain and strong thunderstorms rocked portions of the Southeast. While a general 1-3 inches of rain soaked areas from eastern Alabama to western North Carolina on Friday, at least one confirmed tornado spun up in Georgia. Rain and storms continued for portions of the southeastern U.S. on Saturday.

As a result of this storm, many locations across the southeastern U.S. have already received between 20% and 50% of the typical rainfall amount for the entire month of January. As of Sunday, Atlanta stands at 29% of its average rainfall for the month, while Augusta, Ga., stands at 50%.

Many of these locations are on pace to exceed typical precipitation levels for the month of January. One such location, Columbia, S.C., takes this idea to the extreme. In the first two days of 2021, the city has already recorded 2.53 inches of rainfall, or 71% of its average rainfall for the entire month of January, with several weeks to go.

Forecasters say that the atmospheric pattern is such that rounds of wet weather are likely to target the southeastern portion of the country throughout the month of January.

"A strong area of high pressure over eastern Canada and Greenland, known as a 'blocking high' and weakening polar vortex can begin to influence the pattern late this week," AccuWeather Senior and Lead Long-Range Meteorologist Paul Pastelok explained. "This will continue to force a very active southern storm track." 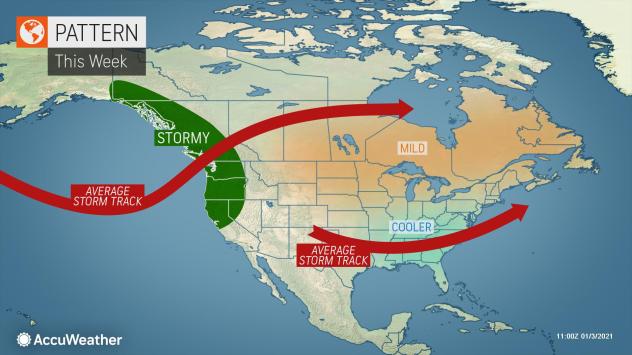 "The South and Southeast will deal with more stormy weather and lower-than-normal temperatures, which could last through the rest of January," Pastelok said. 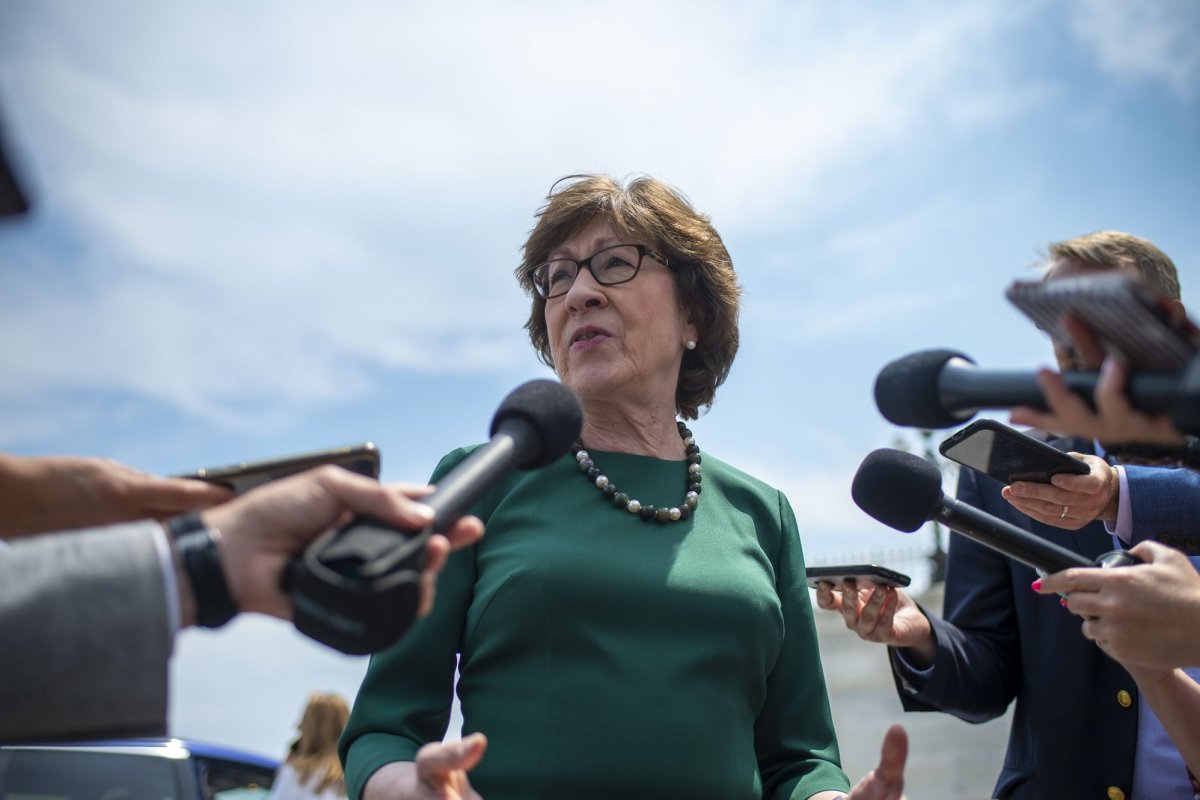 Kinzinger: Jan. 6 committee to issue 'a significant number of subpoenas'