More than 20 million people tuned in to watch the latest event in multiplayer game Fortnite, according to developer Epic Games.

Fortnite is a battle royale game which pits up to 100 players against each other in a fight to be the last combatant standing on a shrinking virtual map.

The event on Monday night saw key elements of this map transformed, ahead of the launch of a new competitive season on Monday. 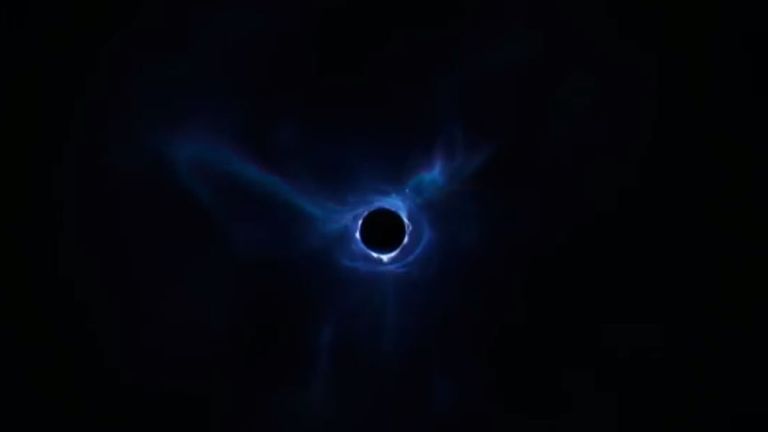 Image: The Fortnite map was previously replaced with a giant black hole

Last October, fans were puzzled when the Fortnite map was replaced with a giant black hole prompting Elon Musk to joke he had bought the game and deleted it.

On Monday evening, players who were in the game saw an object known as The Device activated.

The event saw the mysterious electrical storm which encroaches on the island map during the course of the game transformed into water, while The Agency, a prominent building on the game island map, was destroyed.

There were cut-scenes throughout the event which indicated a deeper story beneath the game, and a quick glimpse of the map revealed the island now appeared to be beneath a sea.

Epic Games said that 12 million players had watched the event in-game while more than eight million others tuned in on YouTube and games streaming platform Twitch.

It had delayed the event following the killing of George Floyd and Black Lives Matter protests.

The Killing of George Floyd. Watch the full documentary.

"Recent events are a heavy reminder of ongoing injustices in society, from the denial of basic human rights to the impact of racism both overt and subtle against people of colour," the company said.

"We're acutely aware of the pain our friends, families, team members, players, and communities are experiencing.

"We believe in equality and justice, diversity and inclusion, and that these fundamentals are above politics.

"The team is eager to move Fortnite forward, but we need to balance the Season 3 launch with time for the team to focus on themselves, their families, and their communities."