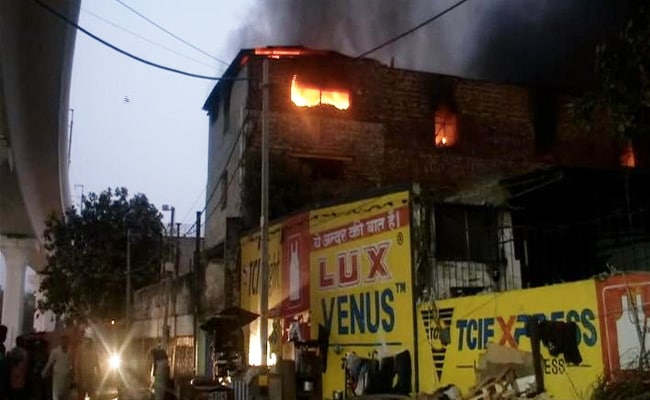 Delhi: The operation to extinguish the fire is underway.

One person died in a massive fire at a plastic and nail polish factory in Delhi's Pratap Nagar area on Saturday. "A Fire Service personnel is injured and admitted to hospital. We have successfully contained the fire," an official told news agency ANI.

The fire was reported at around 3.47 AM. The body was found on the first floor of the building.

28 fire engines were sent to the spot for the firefighting operation.

"Eyewitnesses say that an LPG cylinder exploded following which the fire broke out," the official added.

Jaishankar in Iran amid crisis, may have to do a tightrope walk